Conversation with Dora E. Arce Valentín, pastor of the Presbyterian-Reformed Church in Cuba, about the new Family Code’s impact on Cuban women. 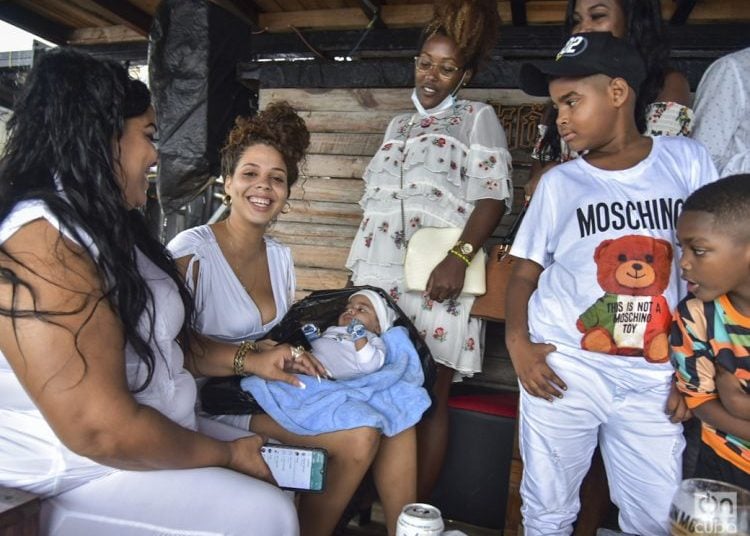 An interesting link between the advances of women, foreseen in the Family Code, and the perspectives from a community of faith, is the result of the conversation held with Dora E. Arce Valentín, pastor of the Presbyterian-Reformed Church in Cuba , professor at the Evangelical Theology Seminary (SET) and head of the Gender Chair at SET.

Among the progressive aspects announced by the new Family Code is that concerning the protection of women’s rights. What data, in your opinion, support this statement?

In a general sense, I believe that this proposal of the new Family Code points to a revolution in the very concept of “family.” It widens the view and places it (that collective structure) in a dimension that goes beyond consanguinity to open up to relationships and bonds that are built, as some specialists comment, in the field of affection, solidarity, love.

Given that women have traditionally been confined to the private, to the domestic, to the “intra-family,” a legislation that proposes a much more liberating system of relationships within the family, that approaches equity and justice as preponderant values and that grants rights to those who until now had not had an active participation in that system of relationships (elderly people, children, among others), is certainly giving protection to women.

Article 4, which points out the regulation of rights granted to the family, provides space for a break with some stereotypes regarding the roles of women in the private sphere, by protecting a “balanced” use of time, which allows them to comply with their responsibilities and fully develop without domestic and care overloads” (paragraph f). Likewise, issues such as sexual and reproductive health, family planning, right to responsible motherhood and fatherhood, add elements that attempt to substantially dismantle concepts and intra-family relationships that directly affect the rights of women and girls.

Making visible the need for a “family life free of violence in any of its manifestations” (Article 4, paragraph i) puts us a step forward in the search for the elimination of gender-based violence. Likewise, the Chapter related to family violence (Title III, Articles 22 to 27) contributes to this effort. Legislating on the basis of categories such as inequity, asymmetry of power, gender —which in some way transverses not only this Title but the entire proposed Code — indicates a step forward in understanding the importance of this view of Cuban society, as well as the opportunities that open up in the search for greater social justice and, therefore, greater rights for the so-called vulnerable groups, including women and girls. There would be many other aspects in which the new proposal shows advances in those rights, but in a general sense I present those that I consider to be of greater importance. Ultimately, guaranteeing rights for any vulnerable or excluded human group in our social fabric is going to have an impact on the rights of women.

What benefits does the new Code bring to your family life?

On a personal level, there would be much to say about the benefits of this proposed legislation. I would like to project my response beyond my nuclear family — my two children living outside of Cuba and myself — as my family life is closely linked to my pastoral work. I accompany a community that is mostly made up of women. A beautiful range of life stories, colors, ages, family configurations, standards of life, education. A family of faith that could easily be an example of the diversity that makes up Cuban society today. For many of these women — the great majority —, this new Code represents opportunities for their personal fulfillment, to alleviate the burden of domestic work and the responsibilities that traditional configurations impose on them in daily life. It opens the doors to a quality of life that many of them yearn for and that they all deserve.

We are talking about grandmothers who suffer from having lost the power to decide over their lives, despite the fact that some have even given up their properties for the benefit of daughters, sons, grandchildren. Others who feel disempowered because they have become economically dependent on the rest of the family (on some members living outside the country, but with control of the family economy and properties). Women who have had to raise their children without their fathers having felt the obligation to contribute financially and emotionally to their upkeep and education. Girls with their life projects subordinated to the interests of the adults on whom they depend and who are far removed from their dreams and hopes. All these and other dynamics occur in Cuban society in general and are concentrated in our small and medium-sized faith communities.

This new Code empowers each of these women to take control of their lives in many of the crucial decisions in relation to their family environment and I believe that the necessary complement to this empowerment, from the legislative point of view, should be the training of all these vulnerable groups in terms of their rights, self-management to transform their immediate environment, based on the implementation of such rights, and therefore, in the search for their full realization as human beings who aspire to live in societies that offer all people — regardless of their gender, their sexual orientation, their abilities, their economic and/or educational level, their age — protection of their rights as individuals.

Has the draft Family Code been the subject of conversation, debate or analysis in your faith community? What would be the issues that arouse the greatest interest?

In the community that I accompany as part of my pastoral work, we have not yet dedicated time to analyzing the proposal, but we have it planned for the month of February. Even so, we have worked on some general issues based on the liturgical, in the celebrations and biblical reflections, the educational spaces that the regular program of the community has.

Topics such as inclusion, the need for ethics in the style of Jesus, that is, where the most important thing is the dignity of people and respect for the divine image that every human being bears, are an important part of Christian formation.

I believe that issues related to the rights of the elderly, women’s rights and other issues related to marriage and motherhood will also be of interest because of the personal implications, in some cases, but also because of the challenge that it means from the theological biblical point of view an understanding of family relationships, of the very concept of family, of marriage, motherhood and fatherhood, which goes beyond traditional schemes and reduced and literalist readings of sacred texts.