The approved agreement aims to “guarantee a quality judicial service, focused on meeting the expectations of users and other interested parties, in accordance with the Constitution of the Republic and other regulatory provisions,” according to official publications. 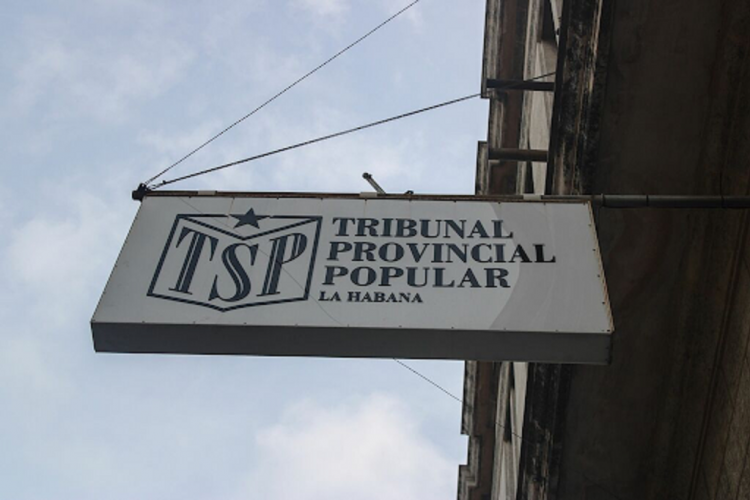 The Governing Council of the Supreme People’s Court of Cuba decided to modify the name, headquarters and jurisdiction of the structures of the courts of justice on the island, according to official media reports.

The provision, published in the Gaceta Oficial number 10, Extraordinary, responds to the modifications introduced by the Laws on the courts of justice, the Code of processes, the administrative process, the criminal process, approved on October 28, 2021, by the National Assembly of People’s Power, the Agencia Cubana de Noticias (ACN) news agency reported.

According to the media, the aim of the approval of the agreement — number 277 — is to “guarantee a quality judicial service, focused on meeting the expectations of users and other interested parties, in accordance with the Constitution of the Republic and other regulatory provisions.”

The text published in the Gaceta Oficial clarifies that, for the decision agreed by the Governing Council of the People’s Supreme Court, “favorable criteria” were taken from the Attorney General’s Office (FGR), the Ministry of the Interior (MINIT), the Ministry of Justice and the National Organization of Collective Law Firms.

The legal document determines, among its provisions, that the governing councils of the courts will periodically evaluate the impact and effectiveness of the implementation of the agreement, in each jurisdictional structure and support units. In turn, and after a year, they will report to the Governing Council of the People’s Supreme Court, according to the ACN.

The publication of this agreement transcends at a time when the Cuban judicial system is in the focus of public opinion, due to the legal processes and sentences issued or proposed by them against citizens who participated in the protests that shook the country in July 2021.

In recent days, the FGR gave information on these processes, in which up to now it has tried 790 people on different charges, according to a note published by the official newspaper Granma.

In that update, the FGR recognized that 115 defendants are under 20 years of age and that the involvement in the events of 27 minors under 16 years of age was verified, whom, it assures, as they are not subject to Criminal Law, the legal procedure established for these cases was applied.

The prosecution of these young people, the accusations of sabotage and sedition in some cases, as well as the long sentences requested by the public ministry and ratified by the courts in several cases, have been at the center of the criticism that has appeared in independent media against these trials for an alleged violation of human rights. Said criticism has been described as “biased” and “manipulative” by the Cuban government, according to Granma.