Ahead are defining months to know the advances that the positions in dispute have had during the popular consultation process. 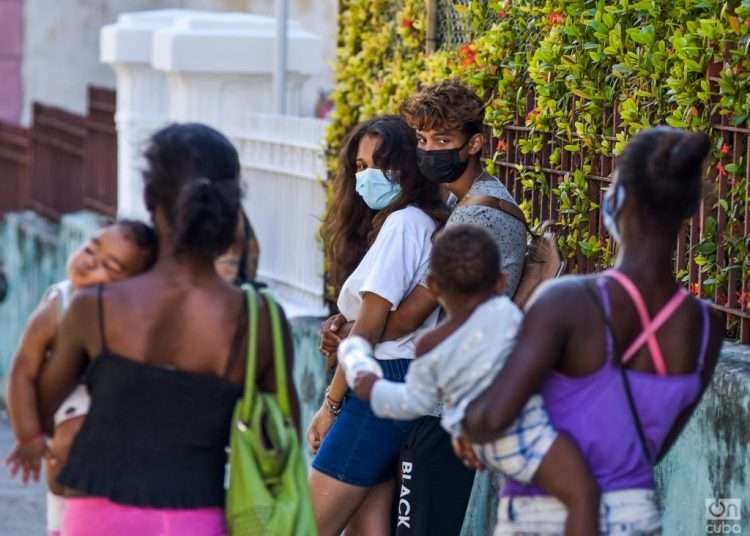 Cuban President Miguel Díaz-Canel recently affirmed that we are at a decisive stage to ensure that the emancipatory principles of equality and inclusion defended in the Family Code are approved.

After the forthcoming July debate in Parliament, in September we will go to a referendum on the modifications to the Code derived from the popular consultation. Ahead are defining months to know the advances that the positions in dispute have had during the process.

The upcoming referendum raises some questions that precede it and will precede it: what percentage will vote Yes and what will vote No for the new Family Code? What will be the level of participation in the polls? What will the results mean within the Cuban political scene? Will it be, in addition to a position on the Code itself, a plebiscite on other issues? All these questions support the idea that the referendum will be one of the most important political moments that the rest of the year has in store for us.

As a concrete result, we Cubans will have a second referendum in a period of three years and a few months, an unprecedented event in decades. The most recent process of this type was the culmination of the constitutional process. This is more significant because, in both cases, the vote was preceded by a popular consultation. However —a small parenthesis—, it would have been desirable for the methodology to foster the creation of group, sectoral, union, and territorial consensus, instead of just individual criteria in terms of aggregation of demands.

Although the ballot boxes will have the last word, or at least will leave a more reliable picture of the society that really exists, the process of elaboration, presentation and popular consultation allows us, until now, to draw lines of analysis and interpretation — useful beyond the Code itself — that describe some of the political references within which we move as a country.

As part of this process, the popular consultation was held between February and April. According to official data, 79,000 meetings were held up to April 13. Outside the country, according to the same source, 1,159 meetings were held. The National Electoral Council, the body in charge of organizing this process, affirms that more than 6,481,000 people participated in the neighborhood meetings. In this process, 397,000 opinions were collected, among which 60% were in favor of the entire Code, and 20% were proposals for modification. The most repeated themes allude to marriage, parental responsibility and solidary gestation.

These are data to be considered, since they show some probable tendency of the vote despite the doubts about these numbers, especially with the level of participation that they reflect, which do not coincide with some empirical findings. In any case, we must go beyond these data, and describe less visible dynamics, those that could contribute to the characterization of the national socio-political picture in the short and medium term.

Throughout the process of elaboration and consultation of the Family Code, different political forces, even antagonistic, have asserted themselves. They began to show signs from the debates around Article 68 of the then draft Constitution. These are manifested from civil society. On the one hand, groups of activists for sexual diversity, on the other, conservative tendencies, fundamentally in the religious field; the most visible points on this map.

In both cases, levels of organization, articulation, public positioning, use of communication resources, pressure against public policies and educational impacts are verified. This fact describes, in a concrete way, the growing politicization of civil society, its signs of plurality and some manifestations of polarity.

At the same time, a greater presence of the government has been noted in the disclosure, debate, and position regarding the law. The use of communication resources is also expanded, which, although insufficient, try to move the public discourse from the limits of technical-legal language and the recurring political propaganda. A more political use has been made of the regulation, of the rights and of the principles that support it. However, it should be noted that the first counterpoints and communication campaigns came from the various groups of civil society and that, on some issues, the government has had a more reactive stance.

Facing the polls, the debates, the counterpoints, the campaigns in one direction or another, the definition of positions, the emergence, perhaps, of new issues regarding the Code, the possible public mobilization for or against will continue.

As a significant fact, the Yes and the No have more articulated political projections behind them, as well as communication resources, than what we could imagine a few years ago. This occupation of the political territory, even with all the limits that we can see, seems to mark a point of no return, or a new era for the ways of doing politics in Cuba.

Recent experience also allows us to combine three issues: the diversity that we are, the subjects that we can be, and the rights that we can wield. The fact of revealing the diversity that we are, advancing in its recognition and its self-recognition as subjects, and the protection of its rights is notorious. In other words, assuming our diversities from the perspective of subjects of law in the sphere of families stands out. Will this herald a similar conjugation in other social spheres?

Another note of the process is the removal of taboos. What was previously only discussed “behind closed doors” has been spoken out loud. Certain social actors have accessed previously unthinkable spaces, such as television, where different visions, even antagonistic, arrived. Clearly, affirmations arrived that support different political projects.

Now then, this fact, essentially positive, presents us with another dilemma: can those who affirm rights and those who limit them reach public spaces, on equal terms? This problem was raised with the televised appearance of representatives of the fundamentalist sector, clearly opposed to the Code, and more relevant than that, opposed to the multiple rights that it wields. How to ventilate this tension in the future? Will this process open the way to another policy for access to the media?

Apparently, and despite the general data of the query to which we have had access, we are a more conservative society than we could believe, even admit or wish. That conservatism, not only of a religious nature, was maximized with the emergence of positions of hatred, that extreme resource of those who do not tolerate difference.

The emergence of social, political and religious conservatism puts another alert on the ways of doing politics and the pacts that we owe ourselves as a nation in the current context of crisis. Is the diversity that we are as a nation in general, and especially as families, sufficiently metabolized in the political culture? Is the possible right reduced to those who share the same ideas and show the same attitudes? What role will the law have in recognizing and protecting other differences that affirm us as a society?

The plurality of voices and social places from where they can be wielded and listened to are making way, still insufficiently. It opens the way to another conjunction of law, politics and affections. The legal culture itself, as a resource for the conscious exercise of citizenship, demonstrated both its limits and its potentialities. Will the use of the law as a resource of coexistence be established as part of a more socializing political model?

The revised right among all, more than anything recognized in the other; the norms that are born of our elaboration, even of the controversy; and the socially agreed order that augurs better coexistence, justice and dignity is a laudable essay in accordance with the Family Code. How much of this will enrich the patterns of the country we will be remains to be seen.