Resolution 126 of 2008 constituted an important step forward in guaranteeing that the Cuban trans community have a specialized health service; however, it does not solve all the inequalities that affect a part of this community. 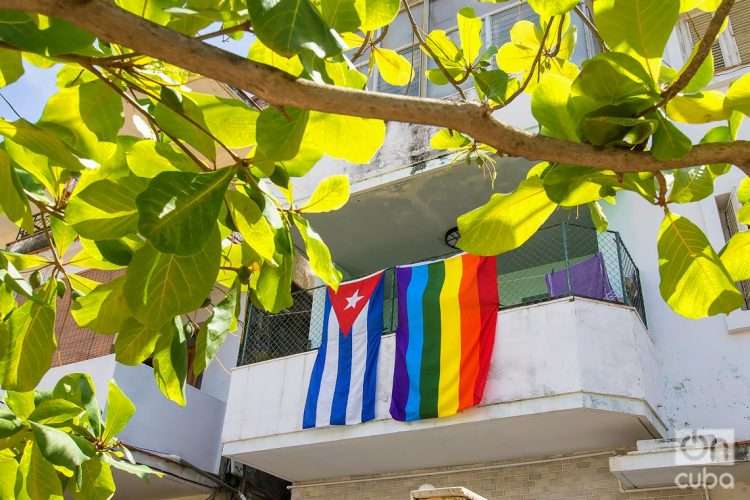 When we speak of citizenship, we refer to some essential elements such as citizen participation in public life, full access to services and goods that the State provides, and constantly questioning the way in which gender, sexuality, and “race”1 prevent or allow such participation within a given society.

On the other hand, when we speak about the need to think about the specificities within the concept of sexual citizenship in the framework of LGBT and queer studies, and of trans citizenship in particular, the emphasis is precisely on the need to fill in the gaps of a universal conception of citizenship that does not pay attention to the vectors of social inequality that cross it.

Both sexual citizenship and trans citizenship focus on claiming denied rights based on the cis-heterosexual2 model of the “good citizen.” Citizenship considered based on these coordinates implies the critical observation of: 1) those who are the subjects of rights and responsibilities; 2) those who obtain social recognition by the State at the level of public policies; and 3) those who have the opportunity to integrate into society as full members.

Following authors such as Berenice Bento, when speaking of trans citizenship in the specific context of health services to which this population has (or does not have) access, we consider whether or not such services enable the recognition and autonomy of trans people and transvestites to experience gender in ways that diverge from cisnormative parameters. To this end, the political interventions of trans people themselves play a fundamental role as active agents in the conception of these health services, breaking with the biomedical professional monopoly that has historically pathologized their existence.

Trans citizenship and health rights in Cuba: some notes on Resolution 126

In Cuba, a fundamental positive aspect when we speak in terms of the rights of the transgender population is that there is a free health service subsidized by the State, protected by Resolution 126 of the Ministry of Public Health, which establishes, since 2008, specific health protocols to meet the particular demands of trans people and transvestites.

However, in practice, some aspects are negative. In the first place, the pathologizing paradigm continues to predominate, which considers trans people as bodies subject to the tutelage of medical professionals, since in order to have access to transgenitalization surgeries, for example, the verdict of a professional who authorize this procedure is necessary, thus nullifying the self-determination of trans people and transvestites to speak and decide for themselves.

On the other hand, the centralization of these services in the country’s capital continues to prevent access for the trans population residing in other territories, which contributes to the precariousness of their health and well-being and opens a gap of regional inequality that should not be ignored.

At the same time, there is a lack of disclosure of these services and their corresponding protocols by public health structures or community organizations. The Resolution can hardly be accessed on the Infomed portal, and the action protocols that could guide the trans community on where and how to access these services are not disclosed, also isolating trans people whose socioeconomic status does not allow them to access digital socialization resources, for example.

Lastly, the lack of production and visibility of statistics on the trans population in databases such as those of the National Office of Statistics and Information (ONEI) prevent the formulation of public policies that respond to the real demands of this social group.

How far does trans health go in Cuba?

According to consulted sources, the paths that make possible the emergence of institutionalized health care for trans people in Cuba are from a little before the 1990s and are closely linked to the creation of the National Working Group for Sexual Education (GNTES), established in Havana in 1972 closely linked to the Federation of Cuban Women (FMC). This working group oversaw the creation of the National Sex Education Program for the Cuban population. As part of the actions of the GNTES, in 1979 medical and psychological care services for trans people were institutionalized within the national public health system, still marked, as in the rest of the world, by a pathologizing perspective, which was manifested in the location of this service within the area of ​​mental health and in the absence of specific protocols for care for trans people within the Cuban health system.

In the first exchange I had with Ana,3 my interlocutor in an investigation I carried out about the situation of trans people in Cuba,4 she explained her vision about how issues related to transgenderism were constituted in Cuba within discourses of health institutions. These institutions formulated an LGBTQ agenda as a monolithic bloc, from which the trans-specific agenda progressively disintegrated at the beginning of the 2000s. “In 2003 they realized that transsexuals were not the same as MSM (men who have sex with men), which was the program that existed at that time, which was called MSM and transvestites,” Ana told me. When I asked who are the ones who realize it, Ana explained that: “the strategies that start being established in the country, with the theme of CENESEX, which is the body that leads here in Cuba with its policies of gender equality and social insertion for the LGBTI community; they take care of that… the MSM program is aware of that, because you don’t have to be a specialist to know that a gay man and a trans are not the same, do you understand? The interests of the MSM were not the interests of the trans. The interests of trans were to undergo surgery, to integrate into society as trans, to take hormones, to have access to public health as trans.”

In this context, Resolution 126 of 2008 approves, in Cuban territory, the creation of the National Commission for Comprehensive Attention to Transsexual Persons, directed by the National Center for Sexual Education (CENESEX), thus initiating what is considered specific and comprehensive attention toward Cuban transsexuals. Resolution 126 approves, in this way, the coordinated work of a group of CENESEX specialists, in charge of “preparing, implementing and coordinating the national policy of comprehensive care for transsexual people” and also of facilitating the creation of a trans-specific care infrastructure. This infrastructure consists of the CENESEX headquarters, located in the country’s capital, and institutions associated with the Cuban Ministry of Public Health (MINSAP), such as general hospitals in the City of Havana.

In accordance with the provisions of this Resolution, comprehensive health services include the “study, diagnosis, treatment, healthcare research and monitoring of transsexual people.” Protocols are established for such actions. However, there is no evidence that these protocols are publicly accessible in MINSAP databases or others existing in the country.

Resolution 126 of 2008 also establishes that care services for transsexual people exist under equal conditions for all people residing in the Cuban national territory, and this could make us think that accessibility is guaranteed by the mere fact of being registered in an official document. This certainty collapses with the following testimony of Ana, my interviewee:

“Then there is the issue of having to emigrate to Havana, and it is very difficult… it is very expensive, that of traveling to Havana every month, the doctor’s appointments are very far apart and delayed.… The appointments here still do not allow that trans receive adequate hormonal treatment, because the main drug, Androcur, which is anti-androgenic, is only given in Havana, here in Santiago they do not give that drug. So, trans women say, why am I going to the appointments here?”

This issue not only shows an inequality between trans people who reside in the capital compared to the rest of the country, but also highlights an intersectional invisibility5 that these health services do not consider: 1) living outside the capital of the country; 2) having limited socioeconomic resources to travel and stay in the capital; 3) having little or no knowledge about Havana or support networks that can help them in this transit process. In this way, by not creating state strategies to address these asymmetries, access to these health services is complicated for a considerable part of the trans and transvestite population in Cuba, beyond the existence of a Resolution that legally protects them.

For the same reasons, this idea of ​​universal citizenship, a (supposedly) universal health that does not pay attention to these power dynamics (regionality and networks of affection and support in this case) establishes discrimination. According to researcher Dean Spade, trans policies that are limited to asking for rights or that focus on a single struggle (access to health treatment), without considering the contradictory and complex scenario that trans people have to deal with to achieve such rights reinforce inequalities; they do not remove them.

Resolution 126 of 2008 constituted an important step forward in guaranteeing that the Cuban trans community has a specialized health service; however, it does not solve all the inequalities that affect a part of this community, such as mobility and permanence in the capital, elements that are linked to the capacity for economic solvency and even to the knowledge of local contexts. Let us think of a trans person who has never been to the capital or who does not have support networks there, which is not uncommon. What material and social infrastructure would allow them this mobility and permanence to access the health services that Resolution 126 protects?

Another dimension of this mechanism of power is that of the (supposed) “scientific” authority. Unfortunately, psychology, medicine and other professions continue to act as arbiters of the lives of trans people. Given this prerogative, if cisgender and heterosexual people have access to health services at the expense of free State resources without anyone questioning them about their gender identity, what is this dose of institutional scrutiny of trans people based on? Such scrutiny is not justified by any scientific reason, only because of the intersection between gender norms and power authority of certain fields of knowledge such as medicine and psychology.

For all these reasons, access to the condition of trans citizenship is subject to power dynamics that intersect gender oppression, territorial asymmetries, socioeconomic inequalities and professional monopoly. All these mechanisms must be dismantled in favor of a genuine guarantee of access to public health for trans people throughout the country, beyond the mere existence of regulations that guarantee these rights.

* This text is based on the article published in the Brazilian Journal Psicologia Política. vol. 20. n.48, 2020 of the authorship of the undersigned and of João Manuel de Oliveira. The analysis developed in this text, as well as in the aforementioned article, are part of the author’s doctoral thesis, available at the link: Políticas públicas de salud trans-específica y de reproducción asistida en Cuba: un análisis feminista interseccional (ufsc.br)

1 According to anti-racist movements, race is not a matter of biology but rather a political fiction.

2 Thinking of gender as equivalent to women or cis people is an essentialism and a cis-centric way of understanding that social system that we designate as gender. Cisgender encompasses all people who identify with the gender assigned to them at birth, as a result of observing their genitalia and classifying them as male or female.

3 Ana is a fictitious name, which I used to preserve the anonymity of my interviewee both in my academic research and in this text.

4 This interview was part of my doctoral thesis and its most complete analysis appears both in the thesis and in other publications already mentioned.

5 This term was coined by Kimberlé Crenshaw and can be found in several of her works.