The general director of bilateral affairs of the MINREX, Emilio Lozada, pointed out on Twitter that the statements by the European Union institutions regarding the convictions of Luis Manuel Otero Alcántara and Maikel Castillo Pérez “Osorbo” are “contrary to the principles of the Political Dialogue and Cooperation Agreement (ADPC) of equality, non-interference and respect for the sovereignty of the parties.” 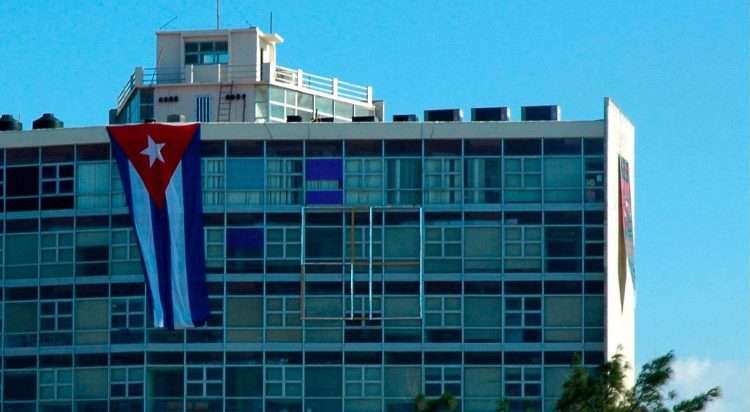 Building of the Ministry of Foreign Affairs of Cuba (MINREX) in Havana. Photo: Archive.

The Cuban Foreign Ministry rejected this Monday recent statements by the European Union (EU) regarding the recent convictions imposed by a court on the island on artists and opposition activists Luis Manuel Otero Alcántara and Maikel Castillo Pérez “Osorbo.”

The general director of bilateral affairs of the Ministry of Foreign Affairs (MINREX), Emilio Lozada, pointed out on his Twitter account that these statements about Cuba by EU institutions, including those of spokesman Peter Stano, “are contrary to the principles of the Political Dialogue and Cooperation Agreement (ADPC) of equality, non-interference and respect for the sovereignty of the parties.”

“The EU should abandon its double standards and address serious human rights violations involving its member states,” added the director of the Cuban Foreign Ministry in a second tweet.

The spokesman for the EU Foreign Service, Peter Stano, said last week in a message through his social networks that the European bloc reiterated its “concern” after the sentences imposed on Otero and Castillo, and also urged the Cuban authorities “to respect all civil and political rights,” EFE news agency specified.

The Spanish media recalled that the Attorney General of the Republic of Cuba (FGR) reported on June 24 that plastic artist Otero Alcántara and rapper Maikel Castillo Pérez, known as “Osorbo,” had received prison sentences of 5 and 9 years, respectively.

In the case of Otero, leader of the opposition San Isidro Movement (MSI), and imprisoned since July 11, the Court “argued the express intention, sustained over time, of offending the national flag, through the publication of photos in social networks where it is used in denigrating acts, accompanied by notoriously offensive and disrespectful expressions, underestimating the feelings of nationality and pride that the Cuban people profess to our national flag,” said a note from the FGR.

Meanwhile, regarding Osorbo, co-author of the well-known musical theme “Patria y vida” and imprisoned for a year, the Prosecutor’s Office affirmed that “with the manifest purpose of insulting, offending the honor and dignity of the highest authorities of the country, he used false images of them, digitally manipulated, which he made public on social networks; and with the same purpose, he made direct interventions from his personal profile to dishonor the function that law enforcement officers fulfill in society, which compromised social and collective coexistence and entailed an affront to them.”

The trial of both opponents — considered prisoners of conscience by Amnesty International, according to EFE — took place on May 30 and 31 in the Court of the Marianao municipality of Havana. In that process, three other people were also sentenced for events that occurred in April 2021.

The sentences against Otero and Osorbo have been criticized by non-governmental organizations and international human rights organizations such as AI and Human Rights Watch (HRW), the Spanish agency added. However, the court’s decision is not yet final, so “as established by law, the accused and the district attorney have the right to establish an appeal,” according to the FGR.