Inocente Núñez, co-president of Habanos S.A., thanked the contribution of the company’s exclusive distributors, who make up a network present in more than 150 countries and were the promoters of the initiative. 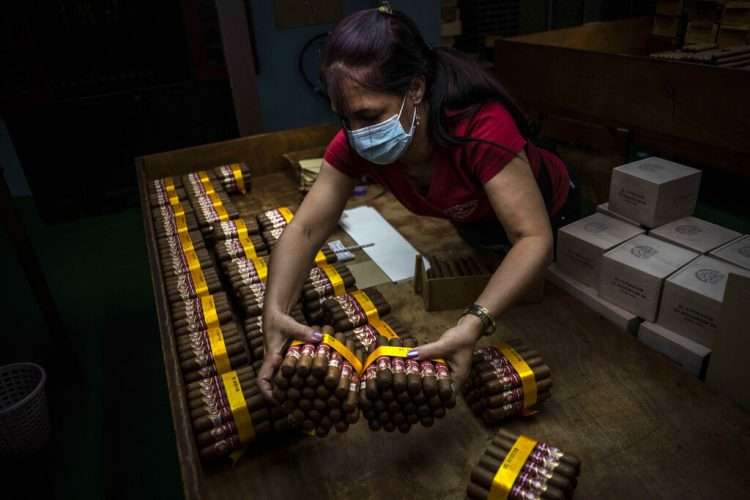 The international network of exclusive distributors of the company Habanos S.A., which sells the famous Cuban cigars, donated half a million dollars to fight COVID-19 on the island.

Inocente Núñez, co-president of Habanos S.A., thanked the contribution of the company’s exclusive distributors, who make up a network present in more than 150 countries and were the promoters of the initiative, Prensa Latina (PL) new agency reported.

The executive also highlighted the value of the donation at a time when Cuba is going through a complex economic and health situation due to the pandemic and the United States embargo.

In statements to PL, Nuñez specified that this contribution is not the first from Habanos S.A. to the island’s health system, since “it is customary to dedicate the total proceeds from humidor auctions at traditional Habanos Festivals to Cuban public health, given the specific shortages of resources in this sector.”

He added that these donations are not only monetary contributions but also affection “for Cuba and its people by Habanos fans, a product with great fame and recognized throughout the world, which also helps to eliminate diseases and improve health.”

For his part, the investment director of the Ministry of Foreign Trade and Investment, Carlos Luis Jorge, said that “in this gesture of solidarity all those involved in tobacco production are represented, from the plantation to marketing,” an activity that he described as a “symbol of identity and Cubanness.”

As Prensa Latina recalls, Habanos S.A. was created in 1994 as a joint venture between Cubatabaco and the Spanish Altadis, owned by the English group Imperial Tobacco Group PLC, with the aim of marketing all products and derivatives of Cuban tobacco and others related to it.