Eusebio Leal’s great work is Havana, and that city―which is also mine―owes him what has been saved of it. 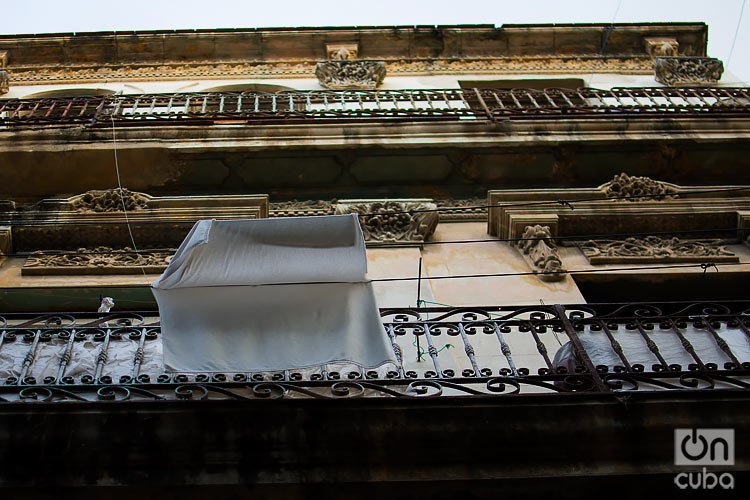 One of the most extraordinary Cubans with whom I have shared the breath of time that reaches us while alive has died. Eusebio Leal was a brilliant intellectual, a gifted orator, an impeccable humanist, a stubborn lover…tireless; and, above all, a useful man.

It’s hard to imagine that he had formally studied only up to sixth grade, this wise man who received the highest awards from the academy in so many places in the world. He started working from the age of 16 and formed himself, not only by reading but by listening; it is said that he was an excellent listener, with that insatiable thirst to swallow the world, to understand the world and people, to find the poetry hidden in a gesture, or on a wall.

Eusebio’s great work is Havana, and that city―which is also mine―owes him what has been saved of it. Not only did he prevent with his body and soul that ignorance, or apathy, or poverty, rip her to pieces or let her die; rather, he planned and executed―as far as he could, and it was a lot―its resurrection.

He thought of Havana as a living body, that’s why it can never be said that Eusebio Leal dedicated himself to restoring its plazas, its streets, its buildings… he knew that the soul of cities is in its people, in all the people who inhabit and have inhabited it; that is why for him conserving was an act, not of wealth, but of survival.

“Like people, each city has its imprints. More than a set of definitions and memories, Havana is a state of mind. People come and wonder what is going on here that they feel so good, that it’s so nice to be here?

“Havana is an eclectic city, like Cubans, a synthesis of the elements of classical, modern, contemporary, and art nouveau architecture, to the point of reaching the Cubanacán Art Schools. We don’t know what would happen if that urban outline is disrupted, that very special design, in which you can walk along the Malecón, from the newest spaces in the city to the Historic Center, always facing the sea. Havana is the island city, the port city, a city where 10, 15, 20,000 people sit on the Malecón seaside wall at night to talk, to watch, to take in the breeze. Havana is a city facing the world.”1

We Cubans have lost an exceptional brother, an enlightened man who changed our lives, who saved something of ourselves. Havana is in mourning; it is an orphan who took out her white sheets like huge handkerchiefs to console a deep cry. Now it’s her turn to grow up as when, at any age, we have to stop being children because we have been forced by orphanhood.