With his dwindling popularity and engulfed in a series of crises, Trump dropped on Twitter the possibility of delaying the November 3 presidential elections. 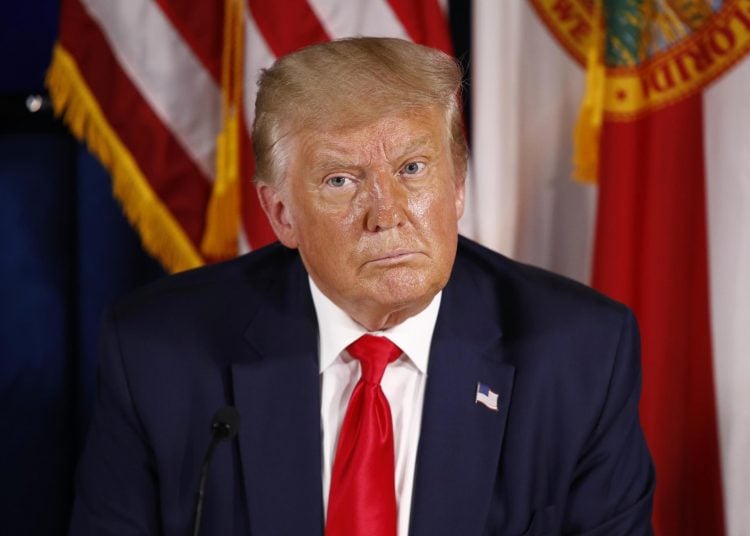 The pattern followed by the President of the United States, Donald Trump, is already familiar: he makes a stunning assertion, on Twitter or impromptu, and the head scratching begins.

Was he serious? Was he trying to divert attention from other negative news?

His allies shrug and ignore his statements. Some often claim that they have not read or heard them.

Indifference sets in among the population, to the point that even Trump’s staunchest detractors have a hard time channeling that outrage.

But a statement by the president stood out, even among many who have defended his presidency.

With his dwindling popularity and engulfed in a series of crises, Trump dropped on Twitter the possibility of delaying the November 3 presidential elections, a suggestion more in line with the autocrats who try to nullify the population’s voting capacity than with the leader of the world’s first democracy.

It was a tweet that mattered and could not be ignored, even by Republicans who had been letting him get on with it for a long time.

It was important because it amounted to a blatant attack on the foundations of American democracy, the notion that a country that has held free and fair elections during wars, pandemics and the Great Depression could not do so now when it’s Trump’s policy career that’s at stake.

“Most presidents have leaned very hard in the other direction, even when times were tougher than now,” said William Galston, a senior fellow in governance studies at the Brookings Institution.

In fact, Abraham Lincoln lobbied for the 1864 elections to be held, in the midst of the Civil War and at a time when his prospects for victory seemed slim, although he finally benefited in part from facilitating the vote for the soldiers at the front. In 1944 the elections were also held on time, and Franklin D. Roosevelt won in the middle of World War II.

But Trump doesn’t seem to have the same attachment to the foundations of American democracy as his predecessors. He has repeatedly put national institutions under pressure, prompted an investigation into obstruction of justice by Special Prosecutor Robert Mueller and a political trial against him in the House of Representatives for seeking the help of a foreign government to obtain damaging information about Joe Biden, who will now be his rival for the Democratic Party in November.

In 2020, Trump has aggressively focused his attention on the electoral process that will determine his political future. He has made repeated and unfounded allegations of fraud, especially related to the expected increase of mail-in vote due to fears over security because of the coronavirus pandemic. In addition, he has refused to say whether he will abide by the results of the elections, saying it is too early to give firm guarantees.

Trump made similar statements as a candidate in 2016 and also flirted with conspiracy theories of electoral fraud when he was a regular citizen. However, Democrats and many electoral experts fear Trump may use the power of his office to influence the outcome of the vote or the ability of Americans to vote, especially if he thinks he could be defeated.

The president seemed to validate those fears this week. He tweeted that “Universal Mail-in Voting,” something that has not been proposed, would lead to the “most INACCURATE & FRAUDULENT Election in history.”

“Delay the Election until people can properly, securely and safely vote???” he wrote.

With Universal Mail-In Voting (not Absentee Voting, which is good), 2020 will be the most INACCURATE & FRAUDULENT Election in history. It will be a great embarrassment to the USA. Delay the Election until people can properly, securely and safely vote???

Trump expanded his election attacks later that day, noting that he did not want to go ahead with the process unless the results are known on the same day. Due to the expected increase in voting by mail, which takes longer to count, the results are likely to take several days, especially if there is little difference between Trump and Biden.

Less than 100 days before the election, both national and disputed state polls show Trump behind Biden and losing the support of the Americans for his management of the pandemic and other important issues.

Actually, Trump can’t delay the election on his own. A date change would require congressional approval, something some Republican lawmakers already made clear they would not endorse.

“Never in the history of the country, through wars, depressions, and the Civil War have we ever not had a federally scheduled election on time, and we’ll find a way to do that again this Nov. 3,” said Republican Senate Majority Leader Mitch McConnell, a staunch ally of Trump.

At best, according to some observers, Trump’s attacks on the electoral process are simply a way to explain possible defeat at the ballot box.

“The hopeful scenario is that Trump is just laying the groundwork for a ‘sore loser’ campaign afterward where he won’t use legal mechanisms to challenge the election, but he will tell himself and his supporters that he was robbed and become a kind of a permanent irritant in the political system,” Galston said.

However, many Democrats presented Trump’s tweet as a warning and a sign of what he might be willing to do if his defeat seems likely in November.

“This must be a wake-up call,” said Biden, whose campaign has brought together a team of 600 attorneys and observers to protect the integrity of the electoral process in all states.

But not only Democrats reacted to Trump’s suggestion. According to a Politico report, lawmakers from both parties said Thursday that they are opposed to delaying elections, and many Republicans agree on the advantages offered by voting by mail, to avoid crowds during the coronavirus pandemic.

“He can suggest whatever he wants. The law is what it is. We’re going to have an election that’s legitimate, it’s going to be credible, it’s going to be the same as we’ve always done it,” said Senator Marco Rubio, chairman of the Senate Intelligence Committee, quoted by Politico.

Precisely that bipartisan Committee has publicly emphasized that no U.S. official―including the president―should try to undermine faith in the U.S. elections, arguing that such statements help the evil efforts of foreign countries to meddle in the campaigns, the source pointed out.

“I wish he hadn’t said that. But it’s not going to change,” Rubio added. “We’re going to have an election in November. And people should have confidence in it.”

A day after Trump suggested the possible delay, the Hong Kong government announced that it will delay the September elections by one year. The government blamed the delay on the coronavirus pandemic, but the move has been seen as a way to curb pro-democracy politicians seeking to gain ground in Beijing.

The White House condemned that decision.