No deaths from the new coronavirus have been reported for 22 days. Four people were discharged and one was still in critical condition. 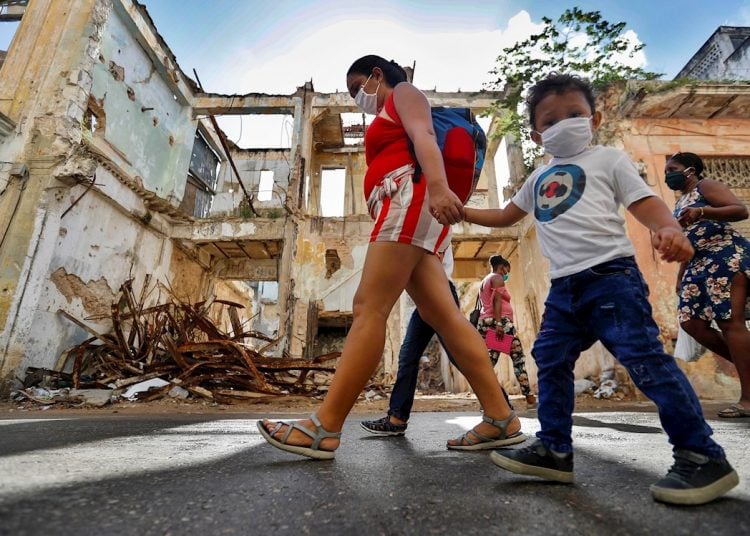 Although only one minor was reported among those affected by the new coronavirus in Cuba today, Dr. Durán draws attention to the levels of transmission of the virus in minors and young people. Photo: Yander Zamora/EFE

The behavior of COVID-19 in Cuba in recent days continues to be “unfavorable,” according to Dr. Francisco Durán during his daily appearance, where he reported that of the 3,485 tests made on Sunday, 24 were positive for the SARS-CoV-2 virus.

All are Cuban, 16 were contacts of confirmed cases, in three individuals the source of infection is not specified and in five the disease was “imported,” according to the report.

Women predominate over men (16 -8) and the most affected age groups were: 40 to 60 years, with 13 cases and 20 to 39 years, with seven. Among those under 20 and over 60, only one case was reported in each group; 13 people were asymptomatic at the time of their diagnosis.

Of the total, 10 patients were diagnosed in Havana; in the municipalities of Guanabacoa, Plaza de la Revolución, Cerro, 10 de Octubre, La Lisa, Arroyo Naranjo and Marianao.

Nine are from Artemisa, in Bauta and San Antonio de los Baños, while the imported cases, all from Venezuela, were added to those registered in the provinces of Pinar del Río (San Luis) and Santiago de Cuba (Santiago de Cuba, San Luis and Songo la Maya).

No deaths from the new coronavirus have been reported for 22 days.

Until midnight yesterday, 504 people remained hospitalized and the high number of 4,862 was under primary healthcare surveillance at home.