They have proposed to torpedo the way to a new thaw, desperately seeking a tightening of screws that includes Europe’s closure to Cuba 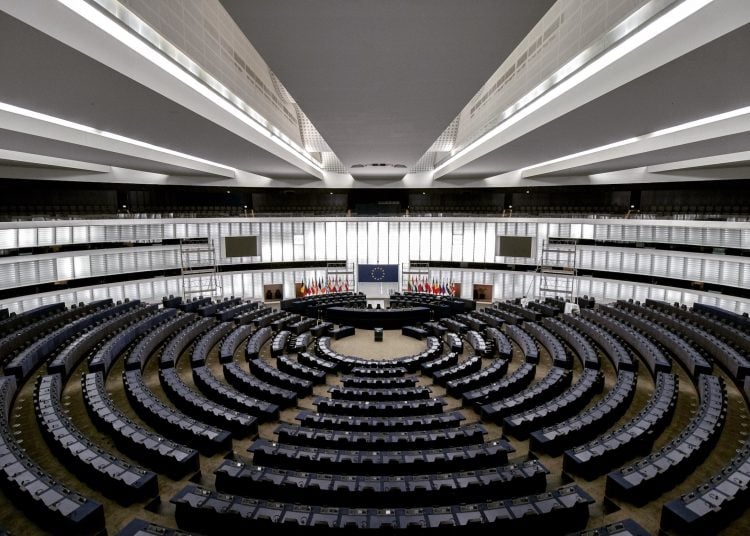 The McCarthyite hunt unleashed by the extreme right in the European Parliament against the ambassador of the European Union in Cuba Alberto Navarro is shameful. At the initiative of a Vox parliamentarian, the Spanish Francoist party (tell me who you hang out with and I’ll tell you who you are) has launched a campaign against Ambassador Navarro on the understanding that he signed a letter published by the La Joven Cuba website.

In that letter, committed to promoting human rights in Cuba, President Biden was asked to clarify the discussion regarding them, starting with the removal of the economic and financial blockade to which the United States has subjected the island with unilateral, illegal and extraterritorial sanctions, which are condemned year after year by the overwhelming majority of the UN General Assembly.

A European position consistent with its values ​​and interests, friendly to the Cuban people

Since the repeal of the ill-fated 1996 European Common Position, the pro-blockade Cuban exiled right-wing and its cronies beyond the Atlantic have sought any opportunity to create a crisis between Cuba and Europe. The purpose is to push the Brussels diplomacy to support the imperial policy of the United States towards Cuba designed under the Helms-Burton Act. Even the State Department lawyers warned then-Secretary Warren Christopher that this stance was also a violation of the sovereignty of the European allies, and a source of irritation and conflict with them.

Thanks to the dignity, coherence and sharpness of the last two European Union commissioners for foreign relations, Federica Mogherini and Josep Borrell, the Brussels diplomacy was shaken out of the paralysis in which the obsequiousness and ideological bias of Spanish President José María Aznar had plunged it. The return of Spanish diplomacy to a course loyal to peninsular interests and values ​​under the administrations of José Rodríguez Zapatero, Mariano Rajoy and later Pedro Sánchez, together with other European governments, created an important new policy consensus towards Cuba. Europe gains nothing by acting as a second-tier of U.S. imperial policies but by generating its own initiatives that serve democratic values, with its own understanding of human rights from social democratic readings, and advancing its strategic and business interests.

This consensus, expressed in the visit of Felipe VI and Queen Letizia to Cuba, accompanied by Borrell, who had also prepared Pedro Sánchez’s visit, put the icing on the cake after several visits by European presidents, prime ministers, or deputy prime ministers to Havana. Through parallel channels, European leaders had reached conclusions similar to those of the Obama-Biden administration: Cuba is a country in the midst of important economic transformations that necessarily imply political changes and challenges. The best policy within this diagnosis is one of exchange and dialogue.

But what seemed a possibility of severing the Gordian knot of the Cuban situation, taking out the reasons that justified measures of resistance and emergency, argued by the government of the Communist Party of Cuba against the external siege, was frustrated by the arrival at the White House by Donald J. Trump. It is not necessary to explain much the lack of respect for democratic values ​​within the United States, including encouraging an assault on the Capitol, and in the face of other international actors, to understand the setback that Trump represented in relations with Cuba and with Europe. To the sadness of far-right Cubans and joy to everyone else, the Trump administration lasted only one term. Much seems to indicate that there are possibilities of returning to the path of commitment, dialogue, constructive interaction and sanity.

Of course, that greatly annoys those who have opted for the blockade for decades and also those who miscalculated, in their opportunism, that the McCarthyite right would climb with Trump for the next four years. But they don’t give up. As soon as they understood that the Biden administration would be confronted with its own promises to return to the route set by President Obama, they have embarked on torpedoing the road to a new thaw, desperately seeking a tightening of screws that includes Europe’s closure to Cuba. On top it all, Rosa María Payá appeared in the Washington Post with the tale that the same policy she supported at a campaign rally for Trump’s re-election could be sold to the Biden administration now packaged as a “third way” between supposed appeasement of Obama and Trump’s strategy—which was not even slightly touched.

A fundamental obstacle to the isolation policy that is betting everything on a collapse of the Cuban government, creating a power vacuum, a troubled river where supporters of the illegal, immoral and counterproductive blockade can fish, is the treaty of political dialogue and cooperation between the European Union and Cuba. The latest actions of the Cuban right and its accomplices in Brussels are directed against that, more than with respect to any amateur inclusion of Ambassador Navarro’s opinion, by the creators of the La Joven Cuba letter.

They want to roast Ambassador Navarro for implementing a policy to support the reforms in Cuba and empower civil society in a non-confrontational way. What bothers them is the position of dialogue without harassment, with commercial exchanges, support for European investors, scholarship spaces for Cubans in Spain, Germany and Great Britain. It is against this policy that favors information flows and a Cuban way out of the crisis, on the side of European options, which annoys the publications paid for with USAID and NED money in Miami and Spain itself.

The wagon they have launched virtually against European diplomacy is directed against this defense of European values ​​and interests regarding the moderation of the political spectrum, with a social democratic, green, and even Christian social matrix, communicating with Cubans interested in substantive but gradual changes, with expansions of markets and rights in Cuba, breaking the polarizations that reissue conflicts for sixty years. At the bow—I don’t know if it is aware of being part of a much more complex political framework that does not have to do directly with Cuba, but with the political tensions of the European right and left, mainly Spanish—is the former leader of the Orishas group, Yotuel. The appearance of the Cuban singer with Spanish Francoist Federico Jiménez Losantos just the day before his presentation to some European deputies to ask for more pressure against the island’s government without criticizing the U.S. blockade speaks for itself.

With the U.S. blockade, and from the anti-democratic anti-communism of the cold war, there is neither nation nor life. Neither protectorates nor colonies can be democracies, nor do they offer dignity. There is no “true story” but as “badly told” as the one that criticizes the Cuban government. Being against the blockade and its immoral and illegal sanctions is not being with the Cuban government but with the standards of international law for civilized relations between states. It is being with an independent Cuba, a condition for it to be democratic.

Of course, the Cuban government deserves to be criticized for benefiting from polarization, its abuses and undue privileges, including the corruption that spills over into it. But whoever ignores the blockade suffers from the same blindness that they criticize, or worse, because they ignore the imperial role of the most powerful country on the planet in the Cuban shortages and misfortunes. The one who has had the game of domino locked from 1959 to 2020 and more is also there. They are sixty years of U.S. sanctions, not only against Cuba but also against the independence of Europe in relations with the island.

The Vox and Popular Party parliamentarians, together with their Cuban cronies, go so far as to lie and attribute to the aforementioned letter that it is a defense of the Cuban government. It is enough to read the text to discover that this is a gross lie. The letter asks Biden that the United States do what James Carter proposed in Havana when he presented the Varela project. The same thing that Biden and Kamala Harris proposed when they spoke of a return to President Obama’s approach. The same has been said by several European presidents and prime ministers in their consultations with rational diplomats in Washington. That the United States, which is the great power, must take the first steps. That it unilaterally lift the sanctions that it should never have imposed against Cuba and against Europe. It is not about forgetting human rights—as Navarro’s detractors lie—but on the contrary, putting them at the center of the discussion, promoting them in a coherent way, without using them as pretexts for sanctions that violate them.

I signed the letter proposed by La Joven Cuba and I consider it close to the official European positions. The detractors of that position use lies and procedures in the typical McCarthy style of more than sixty years ago. They want a disaster that creates disorder in Cuba and privileges them. What they hate the most is reform. They don’t like what Obama wanted, or what Biden promised in his election campaign, or what European policy towards Cuba is.