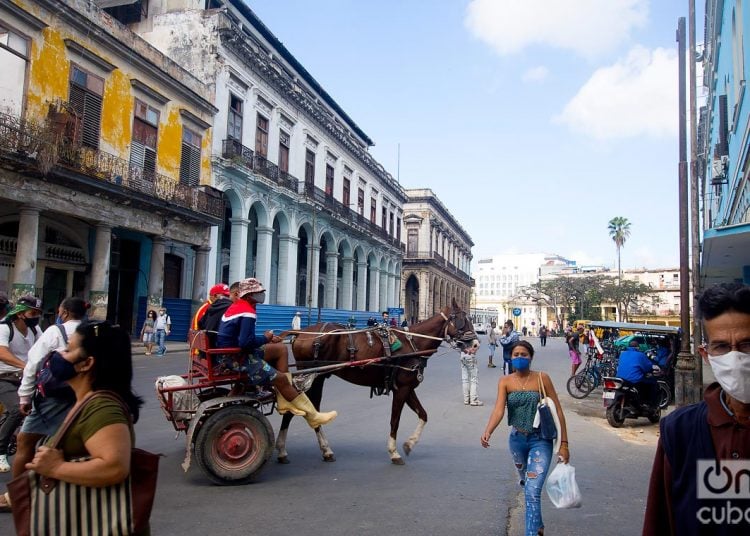 The Ministry of Public Health (MINSAP) today reported 807 new infections due to the SARS-CoV-2 virus, which has also left three deaths in Cuba on Wednesday.

Most of the identified COVID-19 patients (805) owe the infection to autochthonous transmission; 762 were contacts of confirmed cases and in 43 individuals the cause of the disease was not yet specified.

Havana is once again the territory that reports the most cases (390), followed by Camagüey (63), Mayabeque (65), Guantánamo (39), Pinar del Río (37) and Santiago de Cuba (37), although all provinces reported infections.

Only two were imported cases, reported in travelers from the United States and Canada.

Three foreigners also tested positive on this day in which Cuban laboratories processed 18,077 samples in search of COVID-19.

With the three deceased, the death toll from the pandemic, which arrived in Cuba on March 11, is already 336.

The three cases were from the provinces of Pinar del Río, Havana and Camagüey, and were between 69 and 85 years old.

Yesterday, the number of hospitalized patients amounted to 20,001 cases, the confirmed active cases reached 4,571 while 63 people were in intensive care: 30 in critical condition and 33 in serious condition.

The day’s discharges did not exceed the number of infections after 715 were notified. With them, 48,341 patients have already recovered, according to the MINSAP.

In the first three days in March, the new coronavirus has added 2,718 infections and 12 deaths on the island.