When meeting with President Miguel Díaz-Canel, the monarchs, on behalf of the Spanish state, will turn a deaf ear to the pressures of the Trump administration and radical exile asking to cut off any talks with the island of which they are not part. 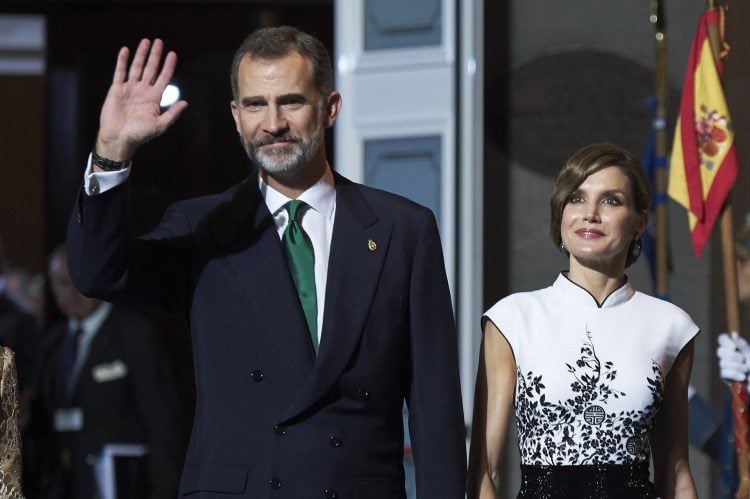 The celebrations for the 500 years of the foundation of Havana are an ideal reason for the visit to Cuba by the king and queen of Spain. The visit has been negotiated by Cuba and the Spanish governments since the presidency of Adolfo Suárez. The last coordination was carried out by President Pedro Sánchez and his foreign minister, the next European commissioner for foreign relations, Josep Borrell.

The plan began to take shape during the presidency of José Zapatero, continued during the government of Mariano Rajoy, with his foreign ministers García Margallo and Alfonso Dantis, beyond the partisan divisions. Now it will finally take place.

It turns out that the monarchs’ long-planned trip to the Caribbean will take place precisely on November 11, just one day after the holding of general elections in Spain marked by the uncertainty around which majority can govern.

Expectations about the royal visit to the island will be adjusted in hours according to the results of the election day. Spain is a constitutional monarchy. The king does not take sides in domestic matters but the priorities of the government of the day shape his projection of foreign policy as head of state.

If the forecasts that give the Spanish Socialist Workers Party (PSOE) as the main party are confirmed, it will be a reassurance for bilateral relations. However, a political recovery of the Popular Party (PP) and the increase in the vote of the ultra-right-wing Vox are also forecast. The leader of the PP, Pablo Casado, after his party’s being wiped out during the April 28 elections, follows Mariano Rajoy’s line, but his heart beats for Aznar and Esperanza Aguirre, two venomous leaders about the Cuba issue.

In this complex picture, the monarchs’ visit strengthens Spanish support for the European policy of economic cooperation and political dialogue as a state vision. In Spain, relations with Cuba is not a matter of domestic policy “as in the U.S.,” but it is a matter of Spanish-style domestic policy.

It is so because it goes through parties and ideological tendencies, and regions. A demonstration of this are Galicia’s special relations with Cuba, those of the presidents of the Xunta, at the top of the Popular Party, Fraga Iribarne with Fidel Castro, Núñez Feijoo with Raúl. Too much common history in which everything is mixed, without absurd reductionisms: a relationship as special as any between two societies, including that of the Castro de Láncara, Lugo and Francisco Franco, refusing to support any siege against Cuba.

Is it not a manifestation of support for anything?

Alleged diplomatic sources close to the Palacio de la Zarzuela have said that “the monarchs’ trip is not a manifestation of support for anything but rather a normalization of relations with a member of the Iberian-American community with which an irregularity was occurring.” It is a good diplomatic mantra, but to believe that the monarchs don’t “support anything” is to have one’s head in the clouds.

The king and queen are going to Cuba in times of Trump. The U.S. intensification of secondary sanctions against Spain for its relations with Cuba, and opening Title III of the Helms-Burton Act, with the subsequent lawsuits in U.S. courts against Spanish businesspeople for their investments in the Caribbean island, did not derail the royal visit.

That may have turned the stomachs of Senator Marco Rubio or Mauricio Claver-Carone, senior director of the United States National Security Council’s Western Hemisphere Affairs division. The latter lived in Spain during the main years of his political formation, which opens old wounds. He knows what state policy means, the royal seal to a course of constructive exchange, political dialogue and economic cooperation with the government inaugurated by Díaz-Canel.

No one like José María Aznar defined how much the royal visit matters. “The king will go to Cuba when his turn comes up,” he said in 1998. When Juan Carlos I, the father of the current monarch visited Cuba to attend the 1999 Iberian-American Summit, Aznar set himself the goal of blocking the expression of cordial relations between the Spanish head of state and Fidel Castro.

During his presidency, Aznar, who Fidel Castro called “the gentleman with the small moustache,” always blocked the royal visit to Cuba understanding that such a fact would convey, particularly to Cuba and the United States, a position of the Spanish state of the increase and normalization of bilateral relations, of which he was against. That’s what it’s about then. That which Aznar, an unconditional ally of the Cuban exiled right, clung to as an obstacle to a royal visit has been removed.

It is true that the monarchs in their own way are going for the celebration of the foundation of Havana and are leaving before the arrival of the Latin American revolutionary troop of Maduro, Ortega, among others. However, it’s not necessary to be so suspicious, they’re coming on their own visit and until when they stay is less important than the real support to the commitment to and the Spanish business participation in the Cuban economic reform.

When meeting with President Miguel Díaz-Canel, the monarchs, on behalf of the Spanish state, will turn a deaf ear to the pressures of the Trump administration and the radical exile asking to cut off any talks with the island of which they are not part.

The king’s is an official head of state visit, like those made by the president of France and the Italian prime minister, and that drive the radical right-wing exile crazy. Spanish diplomacy understands civil society as a spectrum of actors much broader than the political opposition favored by Washington. Felipe VI and Queen Letizia will meet with intellectuals, artists, small entrepreneurs, social activists, and possibly religious leaders who operate within the current legal framework.

Felipe VI will also meet with Spanish businesspeople and with a representation of the community of Spanish citizens on the island―some 200,000 Cuban-Spaniards. For the encounter with the latter, Felipe VI is not presenting what could be his best trump card, a great-grandchild law that would allow thousands of Cubans to be eligible for Spanish citizenship. In relation to the businesspeople, in case the reader doesn’t remember, they are the ones who have repeatedly requested the mediation of the Spanish government to boost its relations with Cuba, and that the Cuban government conclude making changes that would allow it to face its payments. They are also those to whom the policy of the Helms-Burton Act has punished and wants to punish.

They will go to Santiago

It has been announced that the king and queen will also visit Santiago de Cuba. Felipe VI plans to pay tribute to the Spanish military who fell in battle in Santiago, one of the most dramatic episodes of the Spanish-American war. As the outcome of that siege, Admiral Cervera’s squadron launched into an unquestionable defeat, with Spanish ships leaving one by one through the narrow entrance of the bay, already surrounded by American battleships.

The “Disaster of 98”―as many historians have called it―represented the rupture of the colonial link between Cuba and Spain. The transfer of Cuba’s sovereignty from Spain to the United States took place on January 1, 1899, according to the Paris Treaty, from which the Cuban representation was excluded. Máximo Gómez noted in his diary: “The Americans have embittered the joy of the winning Cubans with their tutelage imposed by force and failed to sweeten the sorrow of the defeated.”

The analysis of those events from Cuba’s side differs substantially from the Spanish vision by which a decadent Spain lost its colonial possessions in the face of the booming rise of the United States. The true fact is that, preceding the international conflict between Americans and Spaniards, it was being fought and continued being fought in the largest of the Caribbean islands, with the intention of also encompassing Puerto Rico, a war typical of Cuban nationalism against Spanish colonialism.

The Cuban independence fighters’ decision defeated the genocidal action of the colonial government under General Valeriano Weyler. Despite the fact that the re-concentration decimated about one fifth of the Cuban population, and that Spain sent to Cuba the largest European army to have ever crossed the Atlantic until then, Weyler could not pacify a country that remained on a war footing.

Spain did not accept to negotiate with the Cubans an honorable exit but insisted on using imperially “up to the last man and the last peseta.” The autonomy granted at the last minute, far from being a proposal of agreement by a vision of fraternity towards the island, was a desperate attempt to close a widened gap in the slaughter represented by the re-concentration.

The Spanish stubbornness opposed to a realistic negotiation for Cuba’s immediate independence opened the door to U.S. intervention, which the Cuban independence leaders, despite reservations and objections, ended up supporting.

Although Cubans recognize the military honor and sacrifice of Cervera and his subordinates in the face of the crushing American war machine, their heroes of that time were those who opposed Spanish colonialism. It is not what is expected, but if it’s about paying homage, the monarchs could recognize the tragedy of the re-concentration and the honor of those Spaniards who instead of fighting on the imperial side cast their die with the Mambi army. Just to mention a couple of names, there are generals José Miró Argenter, from Catalonia, and Matías Vegas, Julián Santana and Jacinto Hernández, from the Canary Islands.

Santiago, like Havana, which “is Cádiz with more blacks,” is also a city that welcomed thousands of Spaniards who escaped from the civil war. Federico García Lorca, the admired Granada poet killed in 1936 by Franco’s Falangists, was unable to go to Santiago. Will the monarchs speak with that Santiago as worthy as that of the sacrifice of Admiral Cervera’s fleet?

King Felipe VI and Queen Letizia have ample space for activities that would vindicate the cultural and social nearness between Spain and Cuba today, also promoting the rapprochement in terms of business and investment, providing the umbrella that only a head of state, beyond partisanships, can provide to Spanish foreign policy. 1898 and the transfer of sovereignty in 1899 can be a pretext for joint reflections or the outline of a historical interpretation that brings the two states closer, and especially the two peoples.