Cuban Minister of Labor and Social Security Marta Elena Feitó gave an update through her Twitter account regarding the official employment figures after the start of the monetary reorganization this January 1. 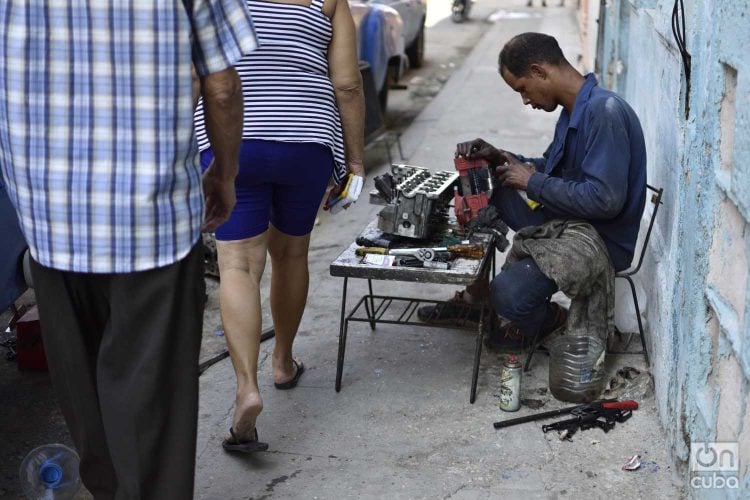 Of the 126,938 unemployed who visited the Labor departments of their respective territories this year, seeking to enter the job market in Cuba, 76,020 people accepted the job offered by those institutions, according to state media on the island.

Cuban Minister of Labor and Social Security Marta Elena Feitó gave an update through her Twitter account regarding the official employment figures after the start of the monetary reorganization this January 1, the Agencia Cubana de Noticias news agency reported.

According to a graph shared by the minister, another 4,508 Cubans agreed to study training courses for their subsequent employment.

One of the objectives of the monetary reform undertaken by the Cuban government is to boost motivation to join the labor market, based on the economic development of the country, says the ACN.

So far, the authorities have published only the statistics that indicate an alleged growing interest in entering the labor market, although they do not specify the number of unemployed that still exist on the island or the capacity of its economy to generate new jobs.

The Ministry of Labor and Social Security launched at the end of January a mobile application that helps its users find work, and which is available for free download in the digital repository apklis.cu.

The apk is supported based on version 4.4 of the Android operating system, and contains the offers of entities of national scope, as well as cooperatives and self-employed workers from all provinces and the special municipality of Isla de la Juventud, as reported by Granma newspaper.

However, the publication assured that its developers are working on a web version so that it can also be used by users who own iPhones, and they even don’t rule out the possibility of generating an app for the iOS operating system.