They were announced in the Mesa Redonda television program, and are related to the domestic economy, agricultural production, product distribution and transportation, among others. 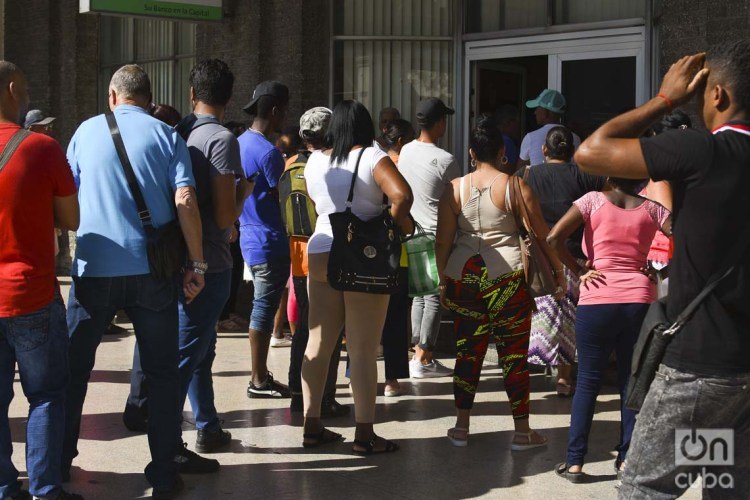 The Cuban government announced a group of economic measures for the current situation in the country, conditioned by the COVID-19 pandemic, a disease of which as of this Friday 80 cases had already been confirmed on the island.

Minister of Economy and Planning Alejandro Gil Fernández commented on the Mesa Redonda television program about the global economy’s crisis due to the coronavirus, a situation to which Cuba is exposed since it has, he said, an open economy, in addition to the effects of the U.S. embargo.

“We are exposed, like the rest of the countries, to an unforeseeable scenario and to which we must respond with an organized strategy, not with improvisation, but with a set of measures and decisions that allow us to face this pandemic at the lowest possible economic cost and recover as soon as possible,” he said, according to statements cited by the Cubadebate site.

In that order, he outlined several government decisions aimed at dealing with the problem with the lowest possible costs. Among these, he said that material and financial resources would be allocated to agriculture as a priority for the production of rice, plantain, beans, corn, eggs and pork.

“It does not mean,” he stressed, “there will be abundance, nor will the demand in these products be met, but it does concentrate the resources on these basic products for the people’s food.”

In addition, he said that when allocating resources, priority will be given to the producers that obtain the highest yields: “We are going to support them with the fuel that is needed for agriculture.”

He explained that the fuel plan will be readjusted and that the one corresponding to the activities that are paralyzed will be reassigned to agriculture and the sugar harvest.

Regarding retail commerce, he commented that basic necessities would be regulated and that in April a controlled and regulated sale of a list of food and sanitary products would be established, within the availabilities, with the aim of achieving more equitable access to the same by the population.

However, he acknowledged that “not everything can be included in the ration book,” due to the limited quantity of some of them, so “there will be a combination of rationed and unrationed products, but regulated.”

He assured that the basic food basket for the month of April was guaranteed, and that at the same time certain amounts of sugar, eggs and flour would be designed for self-employed workers so that they could maintain their production of bread and pastries that locally strengthen those produced by state-run centers.

Meanwhile, he stressed that the available resources will be prioritized to meet the economy’s plan in the production of toiletries, mainly soap, chlorine, medicinal oxygen and medicines.

“A group of exports will be affected, we will have less income in foreign currency, and with what we have today we must prepare to face this scenario,” he stressed.

Regarding investments, he said that the existing plan would be adjusted to boost resources for consumption. For this reason, he said, those that have not started or are in an initial phase of execution will be slowed down or decreased, while more advanced ones, which may conclude this year or next, will have more support.

Gil Fernández explained that some strategic investments in execution will be maintained and prioritized, such as those related to renewable energy sources, food, the hydraulic sector, public health and the expansion of the capacity to produce cement, among others considered key for the country.

Likewise, he assured that relocation and distance work will be promoted and that a survey of public services on the island was oriented to define which ones can be temporarily suspended and leave only the absolutely essential ones, in order to avoid crowds. He said that measures will be taken so that no process expires and the terms are extended as long as necessary.

Finally, regarding transportation, he announced the temporary suspension of the shipment of cargo and parcels sent by people on a commercial basis.

In addition, he said that cargo and passengers will be reorganized due to the decrease in this activity, with the aim of using the most efficient equipment and paralyzing the least efficient ones.

“We are calling on the population to avoid trips, interprovincial transit. Confiscations will not be applied for leaving the cargo in warehouses. There is a moratorium in this area, but at the moment it is preferable to suspend everything that is not absolutely essential. The most important thing is the people’s health,” he said.

Cuba: number of patients with coronavirus rises to 119 and third death is reported

Why can't we have a COVID-19 vaccine right now?