Cuba: number of patients with coronavirus rises to 119 and third death is reported

The 52-year-old man from Remedios, Villa Clara, is the third deceased on the island and the first of Cuban nationality. 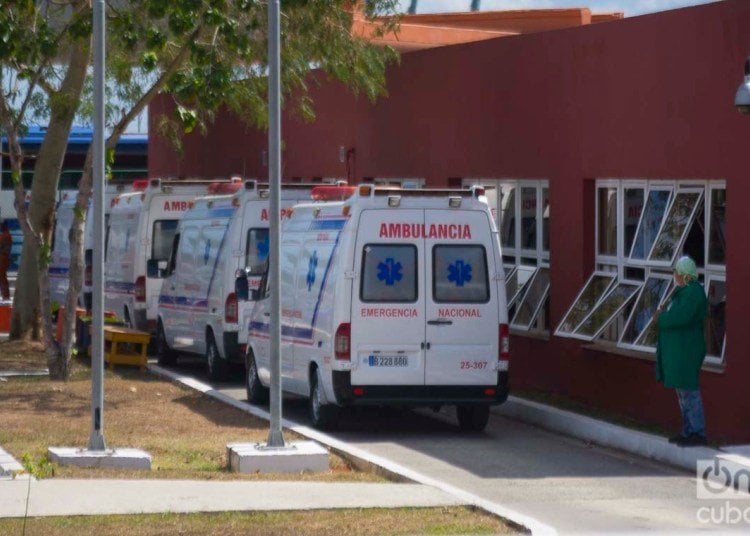 Ambulances during the transfer of passengers of the British cruise ship MS Braemar from the port of Mariel to José Martí International Airport. Photo: Otmaro Rodríguez

The Cuban government confirmed in a press conference of the Ministry of Public Health (MINSAP) the existence of 39 new cases of COVID-19 and the number of infected persons is 119. Of that number, the disease is active in 112 of them since 4 have recovered and three others have died.

Five minors are reported among the new cases. Of these, four remain hospitalized in the Manuel Fajardo Hospital, in Villa Clara province, and their evolution is satisfactory. Three are boys, 11, 15 and 14 years old. The first two came from the United States and presented symptoms on the island, where they have been hospitalized.

Meanwhile, the 14-year-old boy was infected by a positive contact in Placetas. The only female in this group is 12 years old, she is a resident of the Camajuaní municipality.

The youngest person in the group is a 6-year-old Cuban from Baraguá municipality, Ciego de Ávila province, from contact with his cousin, an asymptomatic traveler from the United States who visited him between March 13 and 18. He showed symptoms on the 20th, was detected with respiratory symptoms in the investigation on the 21st, and was referred and hospitalized in the isolation center of this province. He continues with a satisfactory evolution.

In their entirety, the registered cases belong to Cubans; 25 of them were infected abroad, as they arrived from the United States (11), Spain (3), Panama (3), Mexico (3) and the remaining five from Guyana, Peru, Haiti, Canada and Nicaragua.

During the press conference given by Dr. Francisco Durán García, national director of Epidemiology of the Ministry of Public Health (MINSAP), he reported the death of a 52-year-old Cuban from Remedios, Villa Clara, who had been hospitalized in the Manuel Piti Fajardo Hospital, where he died in the early hours of today, March 28. He had a history of diabetes mellitus, high blood pressure, and chronic lung disease.

In addition, a 63-year-old Cuban hospitalized in the Pedro Kourí Institute of Tropical Medicine (IPK) is reported in critical condition. He has a history of high blood pressure, diabetes mellitus, and ischemic heart disease.

Meanwhile, two others remain serious: a 72-year-old French citizen, hospitalized in the Mario Muñoz Hospital in Matanzas, and a 53-year-old Cuban woman, who arrived in the country on March 14 and has been hospitalized since March 24 at the Manuel Fajardo Hospital, in Villa Clara. She has a history of diabetes mellitus and was transferred to intensive care on the 27th for respiratory distress.

“We are at the beginning of an epidemic stage, which forces us to be stricter in complying with preventive measures such as keeping distance between people and avoiding leaving the home,” warned Dr. Durán García.

The new statistic includes all the cases reported until midnight on Friday, March 27, and explains that until yesterday, 2,000 patients were hospitalized for clinical-epidemiological surveillance in the isolation and care centers created for this purpose; 140 of them are foreigners and 1,860 Cubans.

Another 31,347 people are under primary healthcare surveillance in their homes.

A total of 174 countries in the world are already suffering from the pandemic.

Why can't we have a COVID-19 vaccine right now?