Assisted reproduction, in addition to an earned right and a scientific marvel, is also a valuable opportunity to deal with population aging and the demographic crisis affecting the country, aggravated among other factors by emigration. 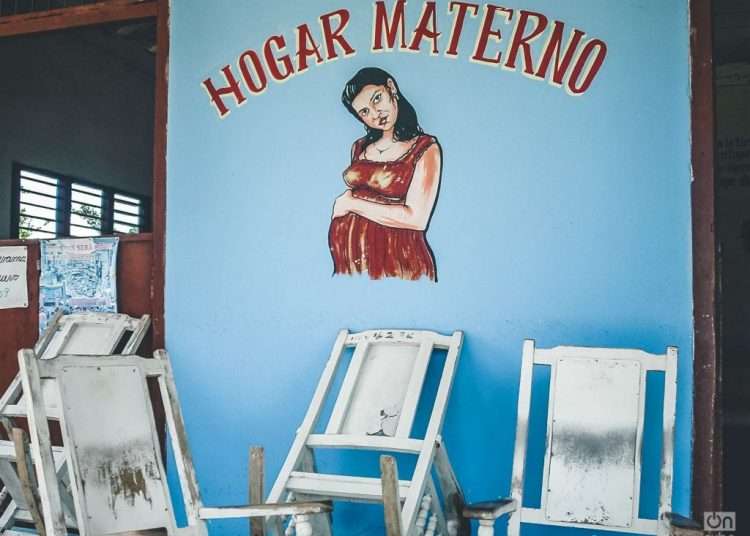 Most of us who are fathers or mothers understand the wonderful gift that life has given us. We value it especially when we meet people who, even wishing for it, for natural or social reasons have been deprived of it.

It is not a minor problem. According to data from the Cuban Ministry of Public Health, 166,631 infertile couples have been identified on the island. Many other tens of thousands of Cuban men and women, due to their sexual orientation and the legal context that limits them to forming a family, or because they have not formed a stable couple, have not been able to have children either.

With the approval of the new Family Code, complemented by the “Regulations for assisted reproduction,” this changes a lot and now those couples that Cuban law did not cover before will have an opportunity to exercise paternity/maternity.

Program for infertile couples in Cuba

Assisted reproduction is understood as the “set of treatments, procedures and techniques that are applied to promote conception and carry the pregnancy to term.”

Since 2013, thanks to the “Program for infertile couples,” — which, obviously, also suffers from the problems the country is going through —, 27,407 pregnancies have been achieved in Cuba. A “tiered system” based on primary health care has played a decisive role in this, where multidisciplinary teams in the 168 municipalities achieve about 70% of these conceptions.

The system has a second level made up of 15 provincial services with the capacity to apply techniques, which the document referred to calls “low technology.” These techniques have been used by couples with difficulties in conceiving but who can achieve it through “artificial insemination.” For these, the new regulation authorizes “up to six reproductive cycles.” According to official data, in the last two years in Cuba 4,466 women have been inseminated.

Finally, the country has four regional centers, where “high-tech” procedures are practiced, which seek to “join the egg and the sperm” in a laboratory. These are procedures known as In Vitro Fertilization (IVF), very expensive: each treatment costs around 4,000 dollars, just for expendable material, culture media, reagents and medicines. However, the total cost can reach $13,000 or more, depending on how many times it needs to be repeated. That is why in the current regulation “the realization of a maximum of three reproductive cycles in each woman is authorized.”

The current regulation, as can be read in its articles, is based on a series of ethical and legal principles. It states that “the right to voluntary termination of pregnancy is respected.” This is not a minor fact when in many countries women cannot decide on their bodies, except in exceptional circumstances, and in others, this already won right has recently been lost.

The document also establishes the age limits of people who can access assisted reproduction services, which, in the case of women, will be between 20 and 45 years of age and in the case of men up to 55 years. Exceptionally, some people “outside these ranges” could benefit.

The establishment of age limits is a necessity, in the case of women, because adolescents have not reached the maturity necessary to carry a pregnancy, while in postmenopausal women (generally over 45 years of age) the risks of pregnancy are increased, to which are added the risks for the baby. On the other hand, the age difference between parents and offspring is a factor to take into account because, among other things, these minors face an increased risk of being orphaned.

In the case of solidary gestation, something totally new for the Cuban case, this variant will now be accessible to “women with a medical cause that prevents pregnancy, members of homoaffective male couples and single men.” These people have acquired rights that had been tacitly denied them until now.

Additionally, based on the new regulation, the legal component of the entire process is strengthened. Now, to access assisted reproduction services, the consent of the interested parties is required “before a notary public,” which, as confirmed by a notary consulted for this article, is also new. On the other hand, for the solidary gestation, a “judicial authorization” will be necessary.

Finally, “the donation process” of genetic material — I am referring to people who donate their sperm or eggs for solidary gestation — will be done through a “formal agreement” between the donor and the health institution in question. In it, the donor decides whether or not to form part of the “parenting or multi-parenting project” (in which more than one father and one mother participate, another novelty). The agreement may be revoked when the donor requires it, “provided that the gametes (eggs or sperm, as the case may be) are available.”

It also establishes that when “the dation is anonymous” confidentiality will be guaranteed and when it is essential the information that is revealed will have “a restricted nature.” Finally, conception “will be limited to obtaining two births for each individual.” This is done in order to avoid cases like that of Donald Cline, a U.S. doctor who inseminated 49 women with his own sperm.

Another interesting aspect is related to the conservation of gametes and embryos. It will be carried out “for a period of up to two and a half years,” which can be extended up to five years and, exceptionally, for longer. This opens a chapter known as “postmortem assisted reproduction,” which is when genetic material from one of the members of the couple who has died (generally the man) is used.

Women who are undergoing treatment or rehabilitation for a disease that temporarily prevents them from conceiving a pregnancy, such as cancer, are also given the opportunity to become mothers. There have been cases of women who have kept their eggs frozen for more than ten years and have successfully carried their pregnancy to term.

Regarding the prohibitions, the regulation explicitly establishes a series of them such as:

A series of infractions have also been established that, in addition to administrative analyzes and sanctions — which may include the disqualification of the title in the case of health professionals — those who commit them will have to respond to criminal and civil proceedings. Among the very serious offenses are: paying or receiving financial compensation, obtaining the birth of more than two children per donor.

Another very serious offense is transferring more than two embryos to each person in each reproductive cycle; this does not increase the chances of success of the technique and does increase the risk of multiple pregnancies and gestational diabetes. “Selecting the sex” will also be considered very serious; in some countries the above is possible, although only to avoid genetic diseases and maintain family balance, in Cuba it will not be possible.

Assisted reproduction, in addition to an earned right and a scientific marvel, is also a valuable opportunity to deal with population aging and the demographic crisis affecting the country, aggravated among other factors by emigration.

If we take into account that the previous year, thanks to the care program for infertile couples, 4,317 new Cubans were born, in a year in which the number of births was reduced by 5,945 compared to the previous year, the application of assisted reproduction techniques prevented the difference in births from being 10,262 births. But, what is even more important, more than 4,000 families had the joy of having a new member. Hopefully there will be many more in the future.

Cuba returns to an infant mortality of the last century