The real challenge for those responsible for the economy in Cuba is not the distribution of scarce goods, but to ensure conditions for the production of more and more wealth. 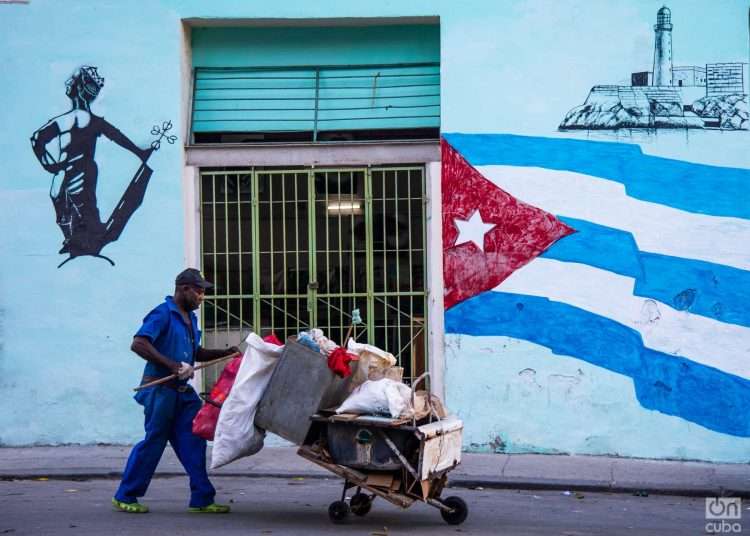 In recent times, various leaders of the country have been hearing interesting questions, both in conferences and in meetings with various actors in the country, about the dilemmas they often face. I try to reconstruct phrases that I have captured: “We know that there are many dissatisfactions and things to do, but what would you dedicate the scarce resources we have, if they are not enough for everything? Would you prioritize the payment of a fuel ship, or the purchase of powdered milk for children, or medicines for hospitals, or public transport, or the repair of thermoelectric plants, etc.?”

These questions try to convince about the difficult — almost impossible — task that those who run the Cuban economy have on their shoulders, since, above all, the U.S. blockade is more present in the reality of the country every day.

They often try to convey to us the idea that the decisions made in the current Cuban context are always of “should I cut off my left or right hand” type. But if we stick to that logic and assume only those types of questions, we would be convinced that nothing can be done to satisfy society.

It would seem that these formulations are also destined to convince us that there has never been another type of alternative, and much less mistakes when deciding issues such as building more or fewer hotels, or when to start the Reorganization Task, with its conception, postulates and design.

Presenting the problem in this way is to focus on the distribution of scarce goods, when in reality it should be on the creation of conditions for economic entities to produce more and more wealth.

In short, this is the real challenge for those responsible for the economy of any country. The other thing is not to run the economy, but to run a distribution center, which is what in many cases seems to be what has been.

Such a critical moment has been reached that it is very difficult to transform the situation without making profound changes of all kinds: of mentality and management methods, and with risks of all kinds in the face of insecurity about the results of any measure taken. And time, in the Cuban case, is very, very scarce.

Today there is no functional banking system. It’s practically exhausted. Confidence is at a minimum, since almost no bank in the system can meet its obligations: it cannot return in foreign currency the balances of customers who had savings in the convertible Cuban peso (CUC); it cannot sell enough foreign currency, neither to the population nor to enterprises; with difficulty and waiting time it returns to the population the savings in foreign exchange, etc.

The banking system does not have enough resources to give loans in convertible currencies, and loans in national currency are not convertible or sufficient to be able to start or maintain any enterprise, whether state or private. And yet, banks do not go bankrupt.

Without a good banking system, it is difficult to have a solid economy. Its lack of functionality is not due to the banks’ own policies, but to the country’s financial crisis and the eternal habit of the State of solving pressing problems by resorting to the banks’ liabilities.

A large part of the payments for economic activity, between different entities, is either made by archaic methods of exchanging goods (the barter); or in cash; or through external payment gateways; or with payments from abroad, using the banking systems of other countries for national transactions.

Currently, there are many difficulties in executing the transfers abroad ordered by the companies created in the Mariel Development Zone, which hinders the intention of attracting the 2 billion dollars a year of foreign investment that is needed to boost the economy.

Payments to tourism suppliers are also not executed normally, which damages the quality of the sector and undermines the plans to have the optimal occupancy of all those hotels built and under construction.

Once again, there are two USD/CUP exchange rates, one for enterprises at 24:1 and the other for individuals at 120:1, and neither of them is close to the one most used by the population in the informal market, with ups and downs, but always above the rate set by the State.

Different paths have already been traveled, so politically it is always difficult to reverse what has already been experienced: double currency circulation in CUP and USD, triple circulation in CUP, USD and CUC (with euros included in some tourist destinations), the double in CUP and CUC, the supposedly unified in CUP but with a parallel mechanism for assigning EL (external liquidity), also the above by adding the stores in freely convertible currency without mediating cash. It has also gone through exchange controls for centralized approval of contracts, later by allocation of EL and other forms of liquidity approval. And, in the end, all the mechanisms have had an ephemeral efficiency.

Lately, a transcendental element has been introduced and recommended for years by Cuban economists: considering private enterprises as limited liability companies. It is a very innovative aspect, regardless of whether they may be micro, small or medium, or have some other limitations.

However, their progress is severely constrained; not because of their size, or the limitations they may have in their activity, or the much-desired direct imports without state intermediaries, but because of two fundamental aspects: 1) what has been mentioned about the inefficiency of the banking-financial system, which has repercussions on the inability to make payments abroad, even if the entrepreneurs have sufficient balances in freely convertible currency in Cuban banks; and 2) the inability to convert to freely convertible currency the result of their sales, together with the obligation to make sales to the public in CUP.

In fact, what many economists have been saying for years is being confirmed: that the changes, or economic reforms, had to be comprehensive, and not isolated measures; and that, before monetary unification, it was first necessary to make another set of decisions, aimed at giving greater autonomy to state entrepreneurs, and further liberating the productive forces.

When talking about greater autonomy, many think only of the ability to invest, to hire or fire workers, to expand or not the corporate purpose, to distribute profits, and a long etcetera. These are necessary tasks for any business manager. But what greater autonomy can there be in state-owned enterprises than knowing that the funds earned by the enterprise cannot be taken from you, be it the OSDE, the ministry of the branch, or the Ministry of Economy and Planning, or other top-level government authorities?

Although the resources are used for vital or essential matters for the country, they must be, in the first place, the taxes and the utility of the State embodied in its efficient enterprises.

Thinking as a country is precisely that: thinking of state enterprises, first of all, because of their weight in the country’s economy, and also in private ones. Because the more efficient and profitable enterprises there are, the better off the country as a whole, and its workers in particular (for an adequate distribution of profits, or gross added value) will be. Thinking as a country is not alleviating scarcity by taking the resources of others, no matter how necessary they may be for the good of all. Along that path, in the end, there will be less and less from where to obtain resources.