The Cuba 2020 Business Forum will be held from December 8 to 9 and seeks to facilitate contacts between national entrepreneurs and those of foreign firms, as well as to present the island’s investment possibilities. 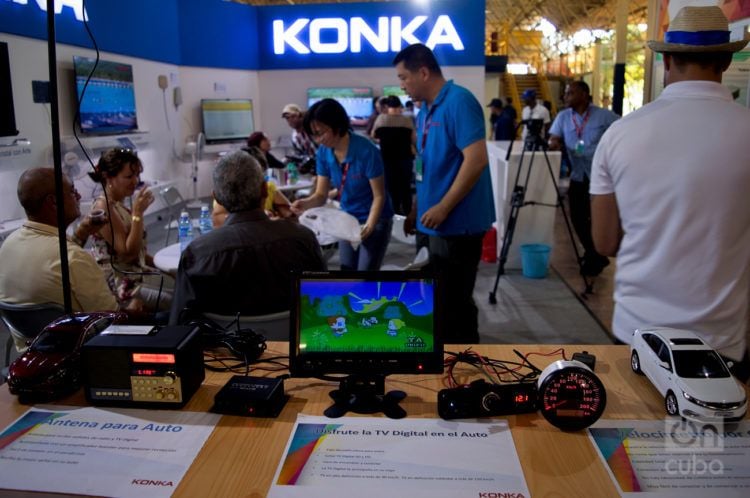 A two-day virtual business forum will replace this year the Havana International Trade Fair (FIHAV), the main commercial mart and to attract foreign investment in Cuba, suspended due to the coronavirus pandemic.

The Cuba 2020 Business Forum will take place from December 8 to 9 and seeks to facilitate contacts between national entrepreneurs and those of foreign firms, as well as to present the island’s investment possibilities, Cuban Minister of Foreign Trade and Investment Rodrigo Malmierca explained this Tuesday to the press.

The initiative will replace this year what would have been the 38th edition of FIHAV, which in 2019 brought together more than 4,000 participants from some 55 countries, with Spain as the most represented country through the presence of some 110 companies.

According to the minister, the forum will work through prior registration on a web page that will be updated in real time and will allow for making work appointments in private “chat” rooms.

Malmierca stressed that the Cuban presence will not be limited to state companies but that the different forms of private management that operate in the country may also participate in order to promote “productive chains” in the island’s economy.

This virtual event is also the one chosen for one of the main events that take place each year during FIHAV, the presentation of the updated portfolio of foreign investment opportunities in Cuba, which contains more than 500 projects in priority sectors for the Caribbean nation.

When asked about the victory of Democratic candidate Joe Biden in the U.S. presidential elections and the possibilities of this being positive for the investment climate on the island, the minister briefly stated that “this forum is beneficial for Cuba with or without elections in United States.”

Biden affirmed during his electoral campaign that he intended to reverse the numerous sanctions that the current administration of Donald Trump has imposed on the Caribbean country in the last four years, measures that in addition to pushing the economy of the communist island to the limit, according to the experts, have had a deterrent effect on potential investors in Cuba.

Cuba, according to official projections, requires some 2 billion dollars a year in foreign capital to guarantee the growth of its economy, a figure it almost achieved in 2017 but not in 2018, when the amount did not reach 1.8 billion.

The attraction of foreign investment is even more important for the Cuban economy at this time, in which the country is in a deep balance of payments crisis, exacerbated by the tightening of the 60-year U.S. embargo on Cuba and the delay in applying the reforms planned to alleviate the deficiencies of its planned economy.

The coronavirus health crisis has also had a strong impact on tourism, a key sector to keep the island’s economy afloat, and has limited travel by potential investors.

The Economic Commission for Latin America and the Caribbean (ECLAC) projected in a report on the impact of the pandemic in the region that the Cuban economy will contract by 8% this year.