Attracting and facilitating FDI is an essential part of the ordering of the Cuban economy to achieve socioeconomic development. 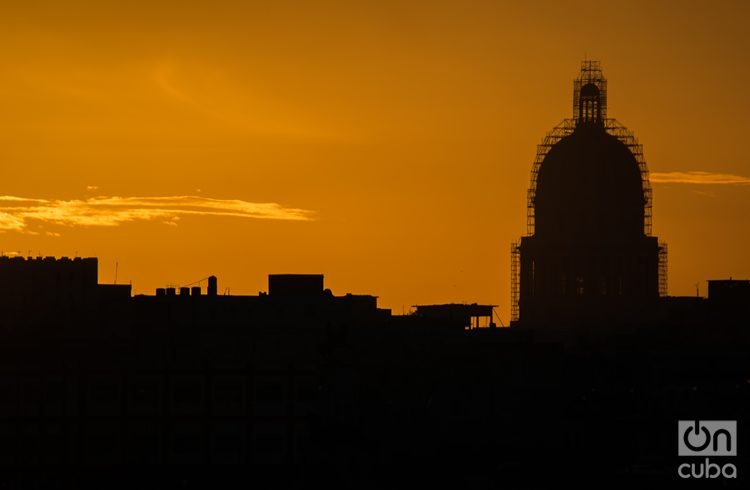 The past week has been one of the most interesting in recent times, for everyone, but especially for economists. The explanation offered  about the “organization” task by the head of the Implementation Commission and the subsequent clarification of doubts and comments on the subject, was, in my opinion, one of the best public explanations I have heard, not only to understand the complexity of the task at hand of the present government, but also on how the national economy has functioned and functions, or rather, how much distortion of all kinds and institutional failures exist today in the functioning of the national economy. After listening to both programs, it is possible to express with amazement, rather than with certainty, eppur si muove.

It is also true that if we don’t carry out this task, if it isn’t done correctly, or if we continue to delay it indefinitely―with the risks that this implies and with the restrictions we have today―, that even erratic movement of our economy can take us anywhere, except where we want.

It is also true that despite the effort to foresee everything, or almost everything, because the economy implies communicating vessels, because it has a direct social and therefore political impact, and for that reason it has been repeated so many times that in economics one plus one is never two; new problems, challenges and mistakes will arise that must be assumed and corrected, as the case may be. Whoever renounces doing something for fear of erring, will die of paralysis or be stranded in the “further back” which is a much worse place than the “beyond.”

The deeply structural character of the ordering task was, from my perspective, very clear. Several of its possible positive effects: making the relations between state enterprises transparent, both among themselves and between them and the so-called non-state forms; shedding light on efficiency and productivity at the micro level; decreasing and as far as possible eliminating “arbitrage”; improving the competitiveness of Cuban products, today affected by that overvalued exchange rate, compared to similar imported products; encouraging the propensity to work; and reducing the other one to not work, among others, add up in its favor.

However, a lot of effort isn’t necessary to verify that the resources are not enough and that is why much has to be done to multiply the results in attracting Foreign Direct Investment (FDI); First, because we won’t be able to immediately generate with the organization task all the savings that we need to encourage the necessary economic growth, not even when the law on small and medium-sized enterprises is approved, which undoubtedly can help a lot; second, because the restructuring of the business system that must be derived from the organization task will force a resizing of this system as well as of the bureaucratic apparatus of the State and government, generating very strong pressures on employment, which, although they may be compensated in the short term with fiscal aid cannot be maintained for long, and although the expansion of the non-state sector may partially offset these pressures, it also doesn’t seem plausible to think that its absorption capacity will reach 100% of the necessary adjustment. Third, because if our companies will need to obtain foreign exchange in order to complete their productive and reproductive cycle, the conquest of international markets will be a condition of life or death for them; fourth, because it is always of greater impact for the national economy to produce for the domestic market what we acquire abroad today and can, with a certain injection of fresh capital and good administrative practices, be produced domestically; fifth, because undertaking certain investments and industries with external resources would allow the use of national investment resources for other destinations of greater strategic importance for the country (hotels versus food, for example).

Cuba has accumulated an experience of little more than thirty years in this attempt to attract foreign investment. Promoting/attracting, facilitating, consolidating and multiplying what has been consolidated could be, perhaps, the way to relaunch FDI in the country, taking advantage of the spaces that the organization task can create, the opportunities that can be generated at the level of the territories that will also need them to achieve greater sustainability in their development strategies and also those that may be generated when the law on micro, small and medium-sized enterprises materializes.

We constantly repeat that COVID has changed the world and has caused a crisis in all systems, generating uncertainties in the markets never seen before. Well, how does this translate into trends in Foreign Direct Investment worldwide?

What will FDI be like in times of post-COVID?

That is, on a global and regional scale, we will have fewer investment flows and much more demand on them, given the need for all countries to relaunch their economies.1

But it will be necessary to compensate for the threats and disadvantages that foreign investors still see in the “Cuban market.”

Therefore, the exercise of attracting foreign investment has to be much more sophisticated than what we have done so far and which has not yielded the results we expected. It is necessary to identify the “crown jewels,” that is, those companies that may be of interest to foreign capital and that at the same time can generate strong linkages and spillovers to the rest of the economy; the negotiation and installation process of investors in our country should be better facilitated, to which must be added the need that one day the territories (municipalities, provinces) will be able to present, negotiate and specify their own development projects with foreign direct investment.

Putting your money or that of your investors in a blockaded and persecuted market, with little and difficult access to international banking, small, with serious distortions, with a weak complementarity in its business system, is in itself quite risky; all this in a post-COVID world and its aftermath and having nearby alternatives that are not subject to any blockade and where setting up a business is less complex.

One has to put oneself in the investor’s shoes. There is a need to understand that what may be a priority for us doesn’t have to be a priority for them, that what seems like a good business to us may be very far from the expectations and intentions of that person. We must ensure that the list of needs that appears in the Portfolio of Opportunities is packaged as a great investment opportunity. Selling a business, that’s what it’s all about.

It is also about having a ready and convincing answer to the first three questions that every investor asks:

It is true that they aren’t the only questions, but they are always present, even when they are not explicit. And what is even more important, that when you ask other established entrepreneurs, they give you convincing and favorable answers on these three and on many others associated with the business environment in Cuba.

More specifically, let’s go to an example: does anyone doubt how much our country needs to relaunch agricultural production? I doubt there is anyone who lives in Cuba and thinks otherwise.

There are many elements in favor of agriculture being a large sector where many people are interested in investing, foreigners and nationals, even though in the last thirty years, since the country was opened to foreign investment, it is likely that existing businesses in that sector, strategic for Cuba, barely reach twenty. I will list a group of elements in favor:

This being the case, how is it possible then to understand that in Cuban agriculture there hasn’t been at least 3 or 4 billion dollars in businesses with foreign investment in these thirty years?

Let’s put ourselves in the shoes of potential investors. What else should they face when they have managed to sign an agreement for a business:

Almost all, if not all, are common to all sectors and branches of our economy, some of them are stronger in the agricultural sector.

Agriculture requires a huge volume of investment in all its branches without exception if a significant productive jump is desired, I don’t believe it can be provided only with domestic resources. FDI can provide a part of it, but I’m of the opinion that for this sector, a special treatment for FDI is needed, with special incentives and treatment. I list some:

These incentives should also be extended to those national investors (state or non-state) that fulfill this role of providing capital, markets, know-how, and exportable products and/or that effectively substitute imports.

The role of the State, as the pandemic has taught, will be essential to direct the effort, channel the scarce investment flows towards strategic destinations, compensate for market failures, guarantee equity and promote an inclusive institutional design and at the same time dynamizing the economy.

It must be understood that the future is no longer what it was2 and act accordingly.

2 UNCTAD 2020. Trade and Development Report 2020. “From Global Pandemic to Prosperity for All: Avoiding Another Lost Decade.”