Powdered milk is considered a basic food for the Cuban population. The dependence on imports of this merchandise places the island in second place in Latin America and the Caribbean. 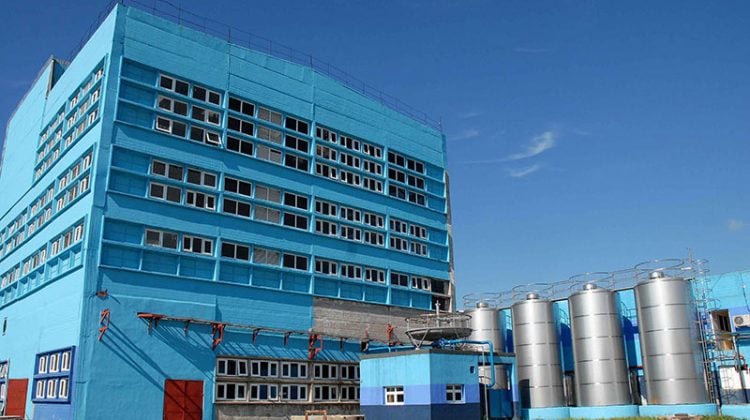 A decade ago, at the beginning of 2012, the Bolivarian Alliance for the Peoples of Our America (ALBA) supported the financing of the only powdered milk factory that exists in Cuba. It was in the province of Camagüey because this is the leading territory in terms of cattle ranching on the island.

Its design was conceived for a production of 2,350 tons (t) per year, from surplus fresh milk. Two years after its start-up, the factory had to reach its maximum processing capacity of 60,000 liters of fresh milk per day.

The factory was designed to be active for up to nine months per year; mainly during the period of greatest production of liquid milk, which coincides with the rainy season on the island.

With 95% Chinese and 5% Italian technology, the plant was planned to save the country about 8.5 million dollars in food imports. In addition, it should allow the creation of a product reserve and help gradually reduce the amount of annual imports.

The initial date set for its startup was mid-2013, but it was not achieved. Alexis Bejerano Castillo, director of investments at the plant, told Trabajadores newspaper at that time that from the beginning there were problems with the preparation of the projects, which in turn represented difficulties in the investment. Added to this was the late arrival of supplies and the quality of the workforce.

The end of the construction schedule was postponed first for January and then for April 2014. Once these completion deadlines also unsuccessfully expired, the plant was declared in the final stage of civil construction and technological assembly, and ready to begin the testing phase in August and start production in September of that year.

Finally inaugurated, after overcoming all the deficiencies of the investment process, when the industry was ready, the supply from the dairies, the essential raw material, was much lower than expected, in volume and quality.

A year after its startup in 2015, Yoel Marcillí, head of production at the plant, explained to OnCuba that “only a few test productions had been carried out,” but they were waiting “for the indication of the country to start working.”

Meanwhile, a farmer from Camagüey expressed it in other terms: “The powdered milk factory? Who would think of building something like that without having the raw material guaranteed? And it was us who should have been asked if we could deliver it!”

Marked from its very beginning by a systematic instability, with long periods of inaction, in 2018, the factory achieved a production of only 133.8 tons, which was used for tourism. This was a year in which the territory of Camagüey achieved 90 million liters of milk delivered to the industry, an amount that had not been reached since the faraway 1990.

For 2020, the industry planned 500 tons of the powdered product, but since its announcement, it was foreseen as a “somewhat difficult figure to reach,” due to delays in the delivery of fresh milk that in turn was the result of the drought that affected the region. That year, the collection of fresh milk did not come close to the previewed plans due to the aforementioned reasons, in addition to the poor management of the herds and the fuel deficit, as explained by Reinaldo Martínez González, a livestock specialist from the provincial delegation of the Ministry of Agriculture.

Without abundant and optimal fresh milk, powdered milk cannot be produced. In order for liquid milk to be used for the production of its powder form, there must be sufficient production to meet the demand for fresh milk and also be able to supply the industry. And the collection of milk is a pending issue in Cuban agriculture.

According to official calculations, Cuba requires an annual production of 1.0 billion liters to meet all internal demand. In 2014, the year in which the Camagüey factory was ready, milk production on the island only reached 497.1 million liters, according to the state National Office of Statistics and Information (ONEI), a figure that did not even reach half of what is needed.

The year 1989 was the last in which the demand for liquid milk in Cuba was recorded as covered. The productive insufficiencies make it necessary to invest more than 180 million dollars a year to acquire liquid milk, of the 2.0 billion dollars that the Cuban State allocates to food imports.

From 2015 to the close of 2021, the circumstances related to the production deficit of fresh milk have continued. According to data given by Cuban economist Pedro Monreal, the production of fresh milk in 2020 registered the third-lowest level in three decades. Between 2016 and 2020 it fell by 25.7% and continued to decrease. Between January and September 2021, it registered 23% less than in the comparable period of 2020.

In recent times, government measures aimed at mitigating this negative trend have not been successful. The most recent, last November, was the price increase up to a maximum of 20 pesos per liter of milk.

The end of the shortage is not in sight

The value of imports of this product has maintained a certain stability over the years. However, in the midst of the current context of crisis in the country, in September 2021 Cuba began to face a notable shortage of powdered milk that has affected the coverage of basic demand in several provinces, including Guantánamo, Santiago de Cuba, Holguín, Havana and Pinar del Río. Although, before this date, the country already had low levels of circulation of the product, evidenced by its total absence from the network of stores for the commercialization of products in freely convertible currency.

The territories most affected by the current deficit are those that have a greater dependence on imports of the product. In the rest of the provinces, the needs have been compensated with the territorial production of fresh milk.

The destination of imported powdered milk is to cover the distribution needs for children up to seven years of age, people with specific chronic diseases, health institutions and daycare centers. A small part of imports is sent to the dairy industry, where it is used as raw material for the production of other derivatives.

The essential causes of the current supply difficulties, according to Minister of Domestic Trade, Betsy Díaz Velázquez, are the availability of financing and ships; the U.S. blockade; and the time it takes to get to the island from the distant places from which it is imported.

New Zealand and Uruguay are the main suppliers of this food to the island. In 2020, no less than 84% of the Cuban market share was covered by these nations.

Powdered milk is considered a basic food for the Cuban population. Meanwhile, the dependence on imports of this merchandise places the island in second place in Latin America and the Caribbean, only preceded by El Salvador.

In a context of decreased imports of powdered milk, if the Camagüey factory could reach and sustain the production rates for which it was designed (a maximum of up to 2,350 tons in a year), although it would not cover all the national demand it would alleviate a part that is not negligible.