The island still lacks a stable and lasting solution to the power generation problems that have plagued it for decades. 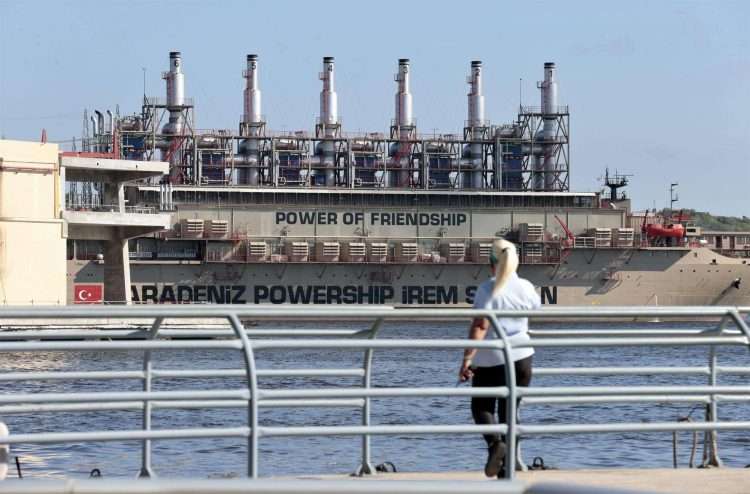 Today Cuba faces a new energy crisis. The island’s former Minister of Economy and Planning, José Luis Rodríguez, put it bluntly: the country currently has the same generation capacity that it had in 1994. In terms of electricity production, we have gone back in time almost 30 years.

According to the expert, our country has “an installed capacity of 6,558 MW,” however, “availability is only about 2,500 MW, which is equivalent to 38% of that capacity.”

These figures coincide with those registered in the country during the so-called “Special Period” of the 1990s, although the current causes are not exactly the same as then.

Crisis is not reached in a day

Two great power generation crises are remembered in the nation before the current one: one was experienced in the 1990s due to the lack of fuel to generate electricity; the other, between 2004 and 2006, was caused by the collapse of the thermoelectric power plants (TPP), which are the cornerstone of base generation on the island.

How did the country manage to wade through these crises? In short, domestic oil production doubled after the disintegration of the Soviet Union in 1991 — which was the main supplier at the time; and the “Energy Revolution” was promoted in 2004, with the installation in all provinces of fuel and diesel engines or distributed generation groups.

Even today, more than 95% of the national energy matrix is ​​based on fossil fuels. Meanwhile, with the more than 70,000 generator sets imported since 2004, according to data from the National Office of Statistics and Information, more than 40% of electricity is produced: 21.7% with fuel oil engines and 21.9% with diesel engines.

Only the generation with fuel forms part of the base generation of the system together with the TPPs. Diesel generation is used only to cover maximum demand peaks or in the event of breakdowns or maintenance, as explained by Liván Arronte Cruz, former Minister of Energy and Mines.

The TPPs, which work with national crude, are still the backbone of domestic generation, with 40.6% of the capacity.

But the cheaper Cuban crude they use contains between 7 and 8% sulfur — when the normal percentage is at levels of 1.5 or 1.2 — and 3% is already considered a highly sulfurous percentage.

The aggressiveness of sulfuric acid and the high corrosion that it causes inside the TPP boilers has ended up being a factor of deterioration for the equipment.

And, added to overexploitation, the lack of rigorous maintenance within the established deadlines and the lack of essential parts and spare parts has caused the accumulation of breakdowns until reaching the collapse of the units.

With an average age of 35 years of exploitation — which is the maximum useful life of this equipment — the generation units are high fuel consumers, their maintenance is expensive and prolonged, and their operation is exposed to risks due to non-compliance of the technological discipline.

Since the 2004 crisis, Fidel Castro himself stated the need to put new concepts into practice for the development of a more efficient and safer national electrical energy system. This was when the installation of generator sets began.

It was then estimated that these would allow the country to have four times the necessary energy capacity and “gradually” the thermoelectric plants, with their excessive consumption of fuel, would be replaced by the new plants.

However, in the Cuban context, these engines could not become the definitive and long-term solution — although they were immediately — to the technological obsolescence of TPPs.

The generator sets, with more modern and efficient technology, depend on imported fossil fuels, in a country with historical difficulties in financing and access to international markets. Meanwhile, the maintenance of the components of said equipment requires compliance with schedules and investment in spare parts and necessary materials, which are also expensive.

And what other sources of generation does Cuba have? Almost 8% of the energy that is produced with the accompanying gas from oil production; about 3%, in the floating units that have been rented; and almost 5% is contributed by self-producers (sugar and nickel industries), although with a decreasing trend in the last five years.

With renewable sources (water, sun and wind) the goals are great, but the advances are modest: they contribute only 5%; this figure is still far from the plan for 2030, which seeks a generation through these “clean” energies of 37%. These are the ideal alternative, because reliance on fossil fuels is becoming the less-than-optimal option. However, the probabilities of fulfilling what was planned are not promising.

An example illustrates this: the Clean Energy Program provides, among other modalities, for the construction of 17 bioelectric plants. Only one has been built to date, the Ciro Redondo plant, located in the mill of the same name in Ciego de Ávila.

With an investment of 140 million, it began to be built in 2017 and in 2019 it should have been definitively synchronized with the National Electro-energy System (SEN), with a potential design for the delivery of 60 MW/hour. The results are not even close to what was expected, since, as indicated by data from July 2022, said bioelectric plant had delivered a supply of 20 MW/hour at nighttime peak hours, with only one of its two boilers in operation.

In practice, more than 80% of the country’s electricity is still generated by thermoelectric plants, with more than three decades of exploitation and generator engines that work with fuels that we cannot produce.

The crisis is today and the solution, when?

Thus, the current crisis combines two fundamental causes: the “fuel deficit” and the “breakdowns and lack of accumulated maintenance due to financing problems” in the generation equipment.

The problem with the availability of foreign fuel was inevitable with the drop in supply from Venezuela in 2017, the main supplier since 2000. Due to the difficulties with the production of hydrocarbons in that country, in the first half of 2022 Cuba received an average of 56,610 barrels per day. In 2015, with Venezuela’s supply intact, about 115,000 reached us.

To this deficit has been added the rise in prices in the world market, also registered in the first half of 2022 — almost 49% — and the validity of the economic sanctions imposed by the former administration of Donald Trump on the island.

All of the above, when associated with the drop in income of the Cuban economy and the difficulty in accessing new credits due to the country’s indebtedness has prevented guaranteeing the operation of electricity generating plants.

The fuel that cannot be imported affects the operation of the sources that depend on it, in particular the engines of distributed generation; and this overloads the TPPs, which, due to not being able to make the shutdowns and exits of the system required to undertake maintenance, end up in breakdowns.

In figures, the affectations on the national electricity service — which began in June 2021 — due to the low availability of generation capacities, in August 2022 sometimes exceeded 1,100 MW; in November, 1,600 MW. The magnitude of the impact is calculated based on a peak hour demand of around 3,000 MW.

Estimates by José Luis Rodríguez place the reduction in the country’s electricity generation at 16.4% between 2016 and 2021. A similar drop has not been recorded since the 1990s.

What alternatives have been taken? According to Cuban President Miguel Díaz-Canel Bermúdez, “negotiations are being carried out with a friendly country to have three, perhaps four, new generation blocks; but it is not an investment that we can dispose of immediately.”

Although no other details are known, it is known that a new generating unit is expensive and requires time — between four and five years of investment and around two million dollars per megawatt (MW) of power —, which the Cuban State today cannot assume.

The president himself has added that “there are other negotiations that are on the right track in relation to renewable energy sources. But all of that takes time.”

For now, the good news has arrived that Algeria is offering us “a photovoltaic power plant as well as restoring the supply of hydrocarbons so that Cuba can reactivate the plants and combat the current power outages,” in the words of the president of that country, Abdelmadjid Tebboune.

For its part, the most recent Portfolio of Investment Opportunities for 2022 focuses investments in the sector on renewable energies, which also require large budgets to obtain appreciable results in case there are interested investors.

As a palliative, the generation of Turkish floating plants has been used, which have been operating on the island since 2019. There are already seven, with an availability of 400 MW of power, and they have been installed in the bays of Mariel, Havana and Santiago de Cuba. They have become an urgent exit.

But just that. They are not profitable in the long term, since Cuba must provide the (imported) fuel, pay for the electricity they generate, and the ship that operates them always belongs to the foreign owner.

By the end of this year, a recovery of some 900 MW of currently unavailable power has been projected. But we will have to wait until the end of this 2022 to see if the forecasts come true.

At the time being, there is no definitive exit in the short term. Only contingent responses to the lack of a stable and lasting solution to the power generation problems that have plagued the island for decades.