Putin stressed that for Russia "the strengthening of strategic partnership relations with Cuba is of great importance." 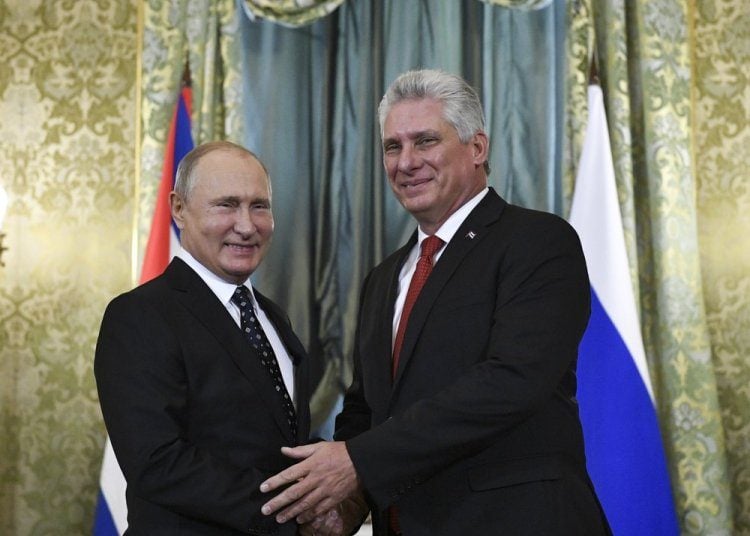 Russian President Vladimir Putin congratulated Miguel Díaz-Canel for his appointment as president of Cuba, and reiterated his willingness to strengthen the strategic relations between Moscow and Havana.

“The decision of the National Assembly attests to his high political authority and the recognition of his merits in complying with the urgent tasks in the country’s socio-economic development,” Putin said in his congratulatory message to Díaz-Canel.

Putin stressed that for Russia “the strengthening of the strategic partnership relations with Cuba is of great importance,” and was convinced that the “next visit” of the Cuban president to Moscow will serve to “further expand mutually beneficial bilateral cooperation in different fields.”

This Thursday the Cuban Parliament appointed the current president, Miguel Díaz-Canel, as President of the Republic, in compliance with the island’s new Constitution, which modifies the organization of the power structure and recovers that figure eliminated in 1976.

As expected, the 59-year-old president thus begins his first five-year term, more than a year after assuming the leadership of the island and taking over after Raúl Castro, and thus assumes more extensive powers than until now, since he could make decisions without relying on the approval of the Council of State, at least formally.