The parents are demanding an answer about what happened and the Public Health authorities report that the causes of the "unfortunate event" are being investigated. 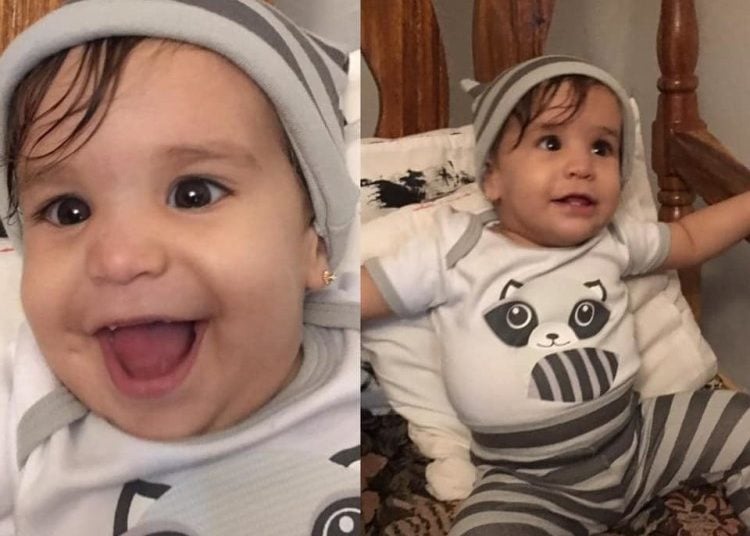 The news of the death in Cuba of one-year-old Paloma Domínguez Caballero on the night of October 9 after receiving the MMR (measles, mumps & rubella) vaccine has spread on the social media in recent hours.

Her parents, Yaima Caballero Peralta and Osmany Domínguez, are requesting an explanation about what happened with their daughter, and the Cuban authorities, 72 hours after the death, have explained through a note from the Ministry of Public Health (MINSAP) that a commission “is investigating the causes of this unfortunate event.

The parents insist that their misfortune is due to “a medical negligence,” although they aren’t accusing anyone in particular.

The Ministry of Public Health, for its part, admits that, as it had been informally reported, four other children are suffering from the effects after having received the same vaccine at the Betancourt Neninger Polyclinic in Alamar, Habana del Este municipality. Of them “one is in intensive care, who is stable, and the others are evolving favorably.”

The parents of the baby girl, who reside in Alamar, took her to the Enrique Betancourt Neninger Teaching Polyclinic on October 7 to receive the corresponding vaccine against mumps, rubella and measles, which is applied to Cuban children when they reach their first year of life, according to the vaccination scheme in Cuba.

“All very normal, you go to your family doctor where they examine your baby very well to be able to give her the authorization to vaccinate her,” Yaima explains the procedure to OnCuba, which according to her was correctly carried out by the health professionals of the medical center.

Just two hours later the mishaps and the first adverse reactions began. “First we went to the same polyclinic because we only thought she had to be given something for the vomiting and we would return home. Before taking her, we waited for her to vomit on more than one occasion, because they had told me that this could happen. I only waited an hour before taking her to the doctor.”

In desperation, Yaima and Osmany decided to go by their own means to the Naval Hospital, in the same municipality, “because although she stopped vomiting, her skin was getting very red.”

“There,” she continues, “they immediately saw us and urine and blood tests were prescribed to rule out dengue. In half an hour the results came back, they all came back in order, but her skin kept changing color and her legs started to swell.”

The situation did not improve and the doctor sent them to a pediatric hospital that Yaima does not specify, but she and the baby’s father decided to go to the Borrás Marfán Pediatric Hospital, because they had more confidence in it.

“In Marfán they received us with all the attention. The doctor was surprised by the strong reactions she had, and they decided to leave her under observation during the night. No one imagined she was going to get like this,” says Paloma’s mother.

“As the night passed, the fever continued and the clinical picture worsened. At about 5:00 a.m. all the doctors met and decided to urgently take her to therapy,” Yaima tells OnCuba.

“She spent around three hours there with increasingly more diarrhea in a row, it was when then that I realized that her right arm, where she had been given the vaccine, was swelling at times. They told me to apply fomentations but it hurt her a lot because she complained. Her feet were increasingly more swollen, just like other parts of the body.”

On October 9 at 10:00 p.m. Paloma Domínguez Caballero passed away. She had turned one-year-old on October 2. Regarding the cause of death, says Yaima, “they only told me that they had done everything possible. In fact, I thanked them for all their effort before leaving with my deceased baby. I have nothing else to say. They are not guilty.”

As Yaima told OnCuba, when they arrived at Marfán Hospital they learned of three other cases similar to that of their daughter Paloma, all referred from the same polyclinic. “They found out through us that another case occurred on Tuesday 8 in the afternoon, and they immediately issued an announcement to withdraw all these vaccines from polyclinics,” she says.

Official vaccination scheme of the Republic of Cuba

Note: The first vaccine the child receives is breastmilk

** Children of HbsAg negative mothers. They receive a dose of HB at birth and the tetravalent is applied at 2, 4 and 6 months.

The MMR vaccine is applied to children just after they have turned one. Information taken from a screenshot

MINSAP said in its statement that “the system of active surveillance of events associated with vaccination in the country has not identified any other children with symptoms.”

It confirmed further on that the MMR vaccine “has been used for years in Cuba, imported from India, is endorsed by the World Health Organization and certified by the Center for State Control of Medicines, Equipment and Medical Devices (CECMED).”