Alive, in good health in Somalia, but without guarantees of when they will be released, today are the only clear premises in the case of the two Cuban doctors kidnapped six months ago in northern Kenya. 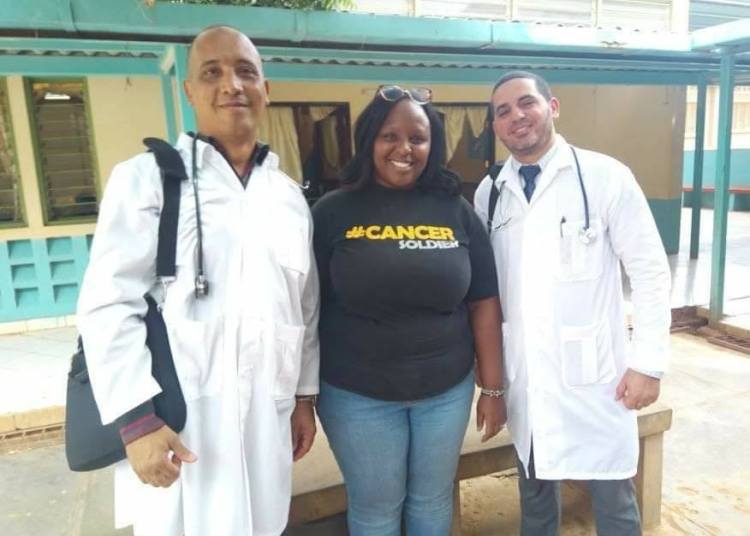 This October 12 marks six months of the kidnapping of the two Cuban doctors in Kenya by the jihadist group Al-Shabaab. They are surgeon Landy Rodríguez and general medicine specialist Assel Herrera Correa, who on April 12, as usual, were traveling in a vehicle to the Mandera hospital, near the border with Somalia.

However, that Friday a group of armed men blocked the vehicle and opened fire, killing one of the policemen who accompanied the doctors. The governor of Mandera County, Ali Roba, said at the time that “suspected members of Al-Shabaab” had abducted the doctors.

“They are in Somalia,” the Kenyan government spokesman confirmed to EFE, “alive, that’s for sure,” and “in good health.”

“We are developing plans to ensure that they are carried out in such a way that their lives are not put at risk, that we can go there, pull them out and return them to their families,” said the government spokesman.

“We are following a good track in relation to the Cuban doctors and the operational plan to rescue them is a priority. We are constantly checking clues and intelligence information and as soon as we can execute the operational plan, we will announce it,” Oguna said.

When? “It may be tomorrow, next week…because it depends on our conditions and the factors, and I can’t reveal them because it would jeopardize the operation,” he affirmed.

But after six months in which little has been known about Rodríguez and Herrera Correa and, if one looks at other cases of the kidnapping of foreign medical and humanitarian personnel, one could speak of many more months and even years.

For the expert on Horn of Africa policy and director of the Sahan Research Institute, Matt Bryden, right now the hope lies in that the kidnappers will reach the point where “the cost of maintaining the hostages is higher than the cost of releasing them and they become more pragmatic and reasonable.”

Currently there is proof of two other persons directly or indirectly abducted by the jihadist group: a German nurse from the International Committee of the Red Cross (ICRC) captured in May 2018 in Mogadishu, and a volunteer from the Italian NGO Africa Milele Onlus in the coastal Kenyan county of Kilifi.

So getting to that point, Bryden explains to EFE, “can take a long time.” Years, maybe? “The longest case I think is that of the ICRC nurse, which is already a year and a half old, so we don’t really know what Al-Shabaab’s plans are or how much they are prepared to wait,” said the Canadian expert.

Traditional leaders of Mandera County, respected elders within the community, crossed into Somali territory days after the kidnapping to try to negotiate the release of the doctors.

These leaders claimed to have seen the doctors alive and providing medical assistance to the local community between the Somali villages of Buale and El-Ade, in the south of the country.

These leaders also specified that the kidnappers came to demand a reward of about 1.5 million dollars in exchange for their release, an amount the Cuban government denies has been demanded.

“Sometimes the kidnappers argue that they don’t want a reward but rather a reimbursement for the expenses generated by the hostages,” Bryden explains.

The two doctors are part of a contingent of 100 Cuban doctors who arrived in Kenya in 2018, under an agreement signed between the two countries, to improve access to specialized medical services in the African nation.

Already in Kenya, the two abducted physicians expressed their concerns about security regarding their new destination, as they said to Kenya’s Citizen TV.

Now, what remains is that “Al-Shabaab’s command realizes that this kidnapping makes them look as an undisciplined force and their activities are inconsistent with their way of showing justice,” Bryden indicated to EFE.