Minister of Economy and Planning Alejandro Gil stated that in this scenario, the Cuban government will analyze “one by one” the state enterprises that have projected losses with a view to “proposing measures to reverse the situation in each of the cases, because they won’t be the same for all of them.” 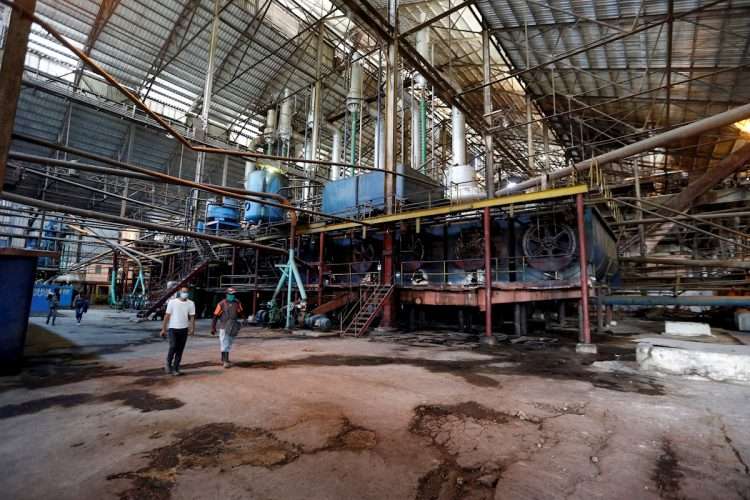 More than 400 Cuban enterprises closed with losses in January, most of them state-owned, as confirmed by Economy Minister Alejandro Gil, who added that some of them “have planned to operate like this year.”

A total of 457 enterprises reported losses in the first month of 2022, and of them, 446 are from the state business system, the also deputy prime minister specified, quoted by the official Cubadebate website.

According to Gil, “93% of the state enterprises that had losses in January are concentrated in agriculture, the sugar industry, the food industry, construction, transportation, and local subordination enterprises,” the publication said.

The minister contrasted these figures with the plan for the year, according to which only 87 entities of the state business system projected losses for a total value of 12.657 billion pesos, although he said that these projections “were made in a context that did not take into account current price increases.”

Even so, he pointed out that “planning losses is a strategy that cannot continue because the design that has been made for the state business system establishes that it has to be profitable,” while “unprofitability is opposed to the measures that have been adopted for this sector to unleash the productive forces and advance in autonomy.”

The minister stated that in this scenario, the Cuban government will analyze “one by one” the state enterprises that have projected losses with a view to “proposing measures to reverse the situation in each of the cases, because they won’t be the same for all of them.”

These measures, he advanced, will be associated “above all with the reduction of indirect expenses, the reduction of costs and the search for greater efficiency, avoiding attempts to solve the problem of losses by transferring all costs to prices, which would have an inflationary impact.”

“The situation of enterprises with losses has to change, for the better,” said Gil, who called for “shaking” the state business system so that it “operates with a high level of efficiency and profitability.”

However, the head of economy and planning affirmed that 1,232 Cuban enterprises (72% of the total) that reported their financial statements in that month obtained profits, and of these, 1,178 belong to the State. Meanwhile, another 273 had not yet officially communicated their figures.

Based on the above, Gil affirmed that “the macroeconomic data (as planned) show that we are exceeding profits, exceeding sales, that we are close to the expected levels of exports, that a good part of the enterprises is profitable.”

The minister acknowledged that 2022 “has not started with high levels of activity,” due to “the restrictions that weigh” on the Cuban economy; but he said that, even so, in January net sales were generated for some 75 billion pesos — 91% of them generated by state enterprises —, which represents a 10% overcompliance with respect to the plan.

The Cuban economy is going through a difficult situation, increased by the impact of the pandemic, the U.S. sanctions and internal deficiencies. All this has led to a scenario characterized by a lack of basic products and supplies, low levels of productivity and rising inflation, which has not been curbed by the economic measures and reforms taken by the authorities to date.