Science and enterprise: revving it up for 2020

A new special development zone, scientific-technological parks and a boost to university-enterprise relations. This is what’s coming. 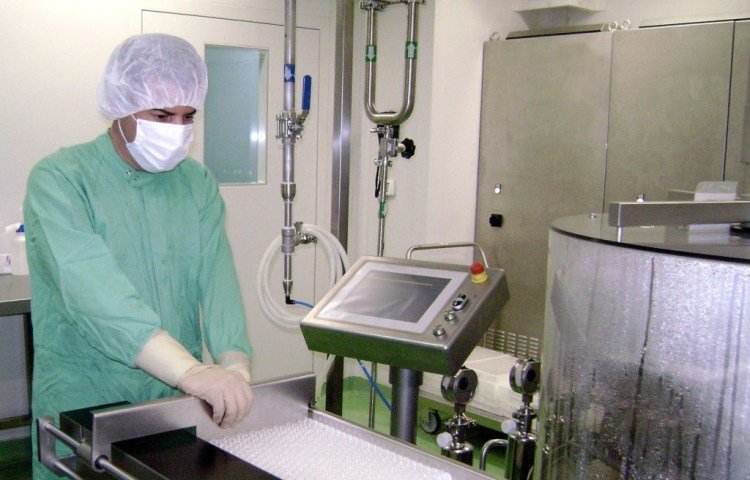 For me, Havana’s Playa Municipality’s 25th Street begins when it intersects with 31st Street, crosses La Lisa Municipality and continues straight until it dissolves into what is still known as the San Antonio de la Baños thruway. The inhabitants of that city can say that they live at the end of 25th Street.

The Center for Genetic Engineering and Biotechnology, the Molecular Engineering Research Center, pharmaceuticals factories, the Institute of Pharmacy and Food of the University of Havana are located today starting at the Quibú River to the west and, already entering the thruway, you can see the Pedro Kourí Institute of Tropical Medicine, the Center for Advanced Science Research and the University of Computer Science (UCI). But very nearby, just about seven kilometers to the east, is the José Antonio Echevarría Higher Polytechnic Institute.

During these days when we are so worried about next year, which we know will be very hard, as much as this one, when all eyes are focused on the 2020 plan, a difficult and tense plan to meet, a press report appeared on the last meeting of the Council of Ministers in 2019―the first with a Prime Minister―where several measures were announced that although they will not have a tangible impact in the short term, they will possibly have one in the medium and long term.

A decree and two resolutions published in the Official Gazette of Cuba No. 86 of 2019―decrees 363 and Resolutions 286 and 287―were also announced. All this is an invitation to look at the future, because that is what end of years is about: the pretext to take a peek at and imagine the future.

In that last Council of Ministers, three decisions that have to do with the future came to light. They are:

I know that I am getting ahead of myself and that I could make many mistakes in what I write below, but it is worth a try, rather than being stunned by such an important announcement.

I hope nobody proves me wrong and that I am not mistaken, but from that press release I inferred that it had been decided to create a new Special Development Zone, that of Ariguanabo (ZEDA). If so, it would also indicate the possibility of creating other Special Development Zones in other territories of the country, adapted to the characteristics and potential of those territories and where territorial governments would play a decisive role. I’m thinking of the Santa Clara-Cienfuegos and the Holguín-Santiago de Cuba axis, both because they have powerful universities, important industrial centers and adequate population density.

If so, that Special Development Zone (ZEDA) would have a privileged location. Pretty close to Mariel, but…much closer to the capital! with a privileged location along the “knowledge corridor” and very close to two airports and a park of industrial buildings that in its time was the Wajay Free Zone, where everything is already built, where everything already has infrastructure facilities and that neighboring Ariguanabo could also be integrated with very low investment costs.

I don’t know who this old Free Zone belongs to today, but thinking like a country, it could be a fortress.

*Let’s imagine 25th Street and the San Antonio thruway traveled by electric buses that feed on solar chargers powered by solar panels placed on the roofs of the terminal. Buses that have Wi-Fi connection and smart stops where passengers can interact. They would not be buses for the personnel of the ZDE, but for everybody, for the inhabitants of the city of Ariguanabo and of those municipalities that this avenue crosses. It is true that it costs, but what doesn’t cost? Couldn’t the Park itself and the ZED generate the seed capital for something like that?

Someone might ask why we want two ZEDs if the first one still doesn’t reach the dynamics we need. However, I also think that this new one can learn from the mistakes of the first, avoid tripping over the same stones and especially avoid falling in love with those stones.

Concessionaires and users will always be present if we know how to present them as good business, with advantages for everyone, easy to assemble and with a minimum of bureaucracy. I imagine that the territorial government should play an important role from the very conception of the project and think about the development of the territory based on that new strength.

A Foundation for the University! The possibility of creating a Foundation for the management of Science and Technology at the University of Havana is an old aspiration that, if it is realized, I’m sure it would contribute a lot to the financing of science and technology transfer. We’re speaking of the University that concentrates 50% of all the science prizes granted by CITMA, that is the University of Havana, a scientific giant that needs more solid support adapted to these times. Funds to finance science, science to obtain funds and all this without abandoning the main purpose of the institution.

This is very good news, not for 2020, as none of them will have an immediate tangible effect in the next twelve months. It is good news for a more mediate future.

There is, however, other news that, unfortunately, had hardly any impact in the press and that in some way constitutes the umbrella of the previous three. That news is the approval and publication in the Gaceta Oficial Ordinaria No. 86 of November 8, 2019 of Decree 363/2019. On the science and technology parks and the science and technology enterprises that function as an interface between universities and science, technology and innovation entities with productive and service entities.

I quote below its definition:

Article 3. The scientific and technological parks, hereinafter referred to as Park, are defined as the organization managed by specialized professionals, whose fundamental objective is to increase the wealth of their community by promoting the culture of innovation and competitiveness of the enterprises and institutions that generate know-how installed in or associated with the Park; encourages and manages the flow of knowledge and technology between universities, research institutions, enterprises and markets; promotes the creation and growth of innovative enterprises through incubation and centrifugal generation mechanisms; and provides other value-added services, as well as high-quality spaces and facilities.

The parks will function as a trading company and will take the form of a Public Limited Company. They will decide and approve the business and knowledge institutions that are affiliated to it or incubated in it, according to the market insertion and the economic-financial and technical feasibility of the projects, and the creation of the new enterprises, based on the incubated ones, must be carried out expeditiously, according to the formalities prescribed by law and, through the competent body, these companies will have the same regulatory treatment as the Parks.

Among its purposes is to encourage national investment and attract foreign investment, any individual or legal entity with a good project can choose to present it to the Technological Park. Meanwhile, the social capital of the Park will be provided by the shareholders; a closed financing scheme in foreign currencies will be used that allows them to have a part of the income from exports in foreign currency generated from abroad, in the amount that ensures the sustainability of their activity; they will have a special tax system that will favor and encourage research projects in the first five years of operation; and they will be exempted from the payment of tariffs for the import of spares and parts and equipment in the first five years of operation. The parks will also have their own export authorities.

It would be nonsense to narrate in this article the entire Decree-Law, I have only tried to draw attention to this matter that somehow speaks to us more about the mediate than of the short term future.

It is true that we will get to the technological parks and enterprise incubators later. To my liking, much later than what we needed, but we’ll get there. Now you have to start revving it up a little and give a lot of imagination to reality.

A long time ago, on a gray day, the inhabitants of San Antonio de los Baños discovered that the famous Ariguanabo Lagoon had dried up, disappeared as if by magic and no one ever knew where its waters went. These days they have found out that new waters will run through the basin and that they can also drink from them.

As today is December 30, then my best wishes for next year.

Congratulations on and for the future.