The Yoruba Cultural Association and the Miguel Febles Padrón Organizing Commission of the Letter of the Year announced the predictions of the Ifá oracle for 2020, which will be marked by Oshún’s reign, with Obbatalá as an accompanying deity. 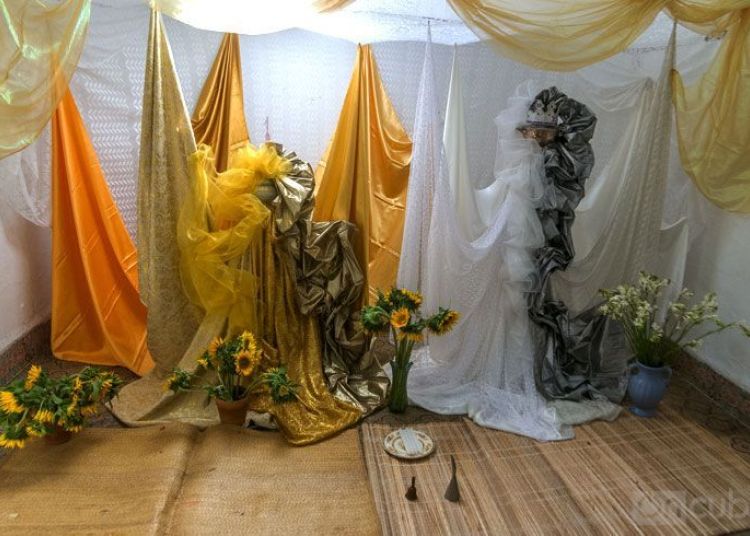 Ifá’s predictions for Cuba and the world were announced just at the beginning of the new year, as demanded by one of the island’s oldest and most respected traditions. Overall, the Yoruba Cultural Association and the Miguel Febles Padrón Organizing Commission carried out the Opening Ceremony for 2020 and unveiled the highly anticipated Letter of the Year.

According to the predictions, Oshún, the queen of fresh waters, fertility, femininity, love and great protector of the family, will be the divinity that rules, with Obbatalá as an accompanying deity that endorses peace and tranquility.

On the other hand, Ogunda Biode will be the ruling sign and the color of the flag of the year is yellow with white trims, while the prophecy of the Santeria divination for 2020 refers to the “refusal of disappointment or sudden tragedy caused by the negative actions of our social environment or enemies.”

One of the most anticipated points of the Letter of the Year is the one concerning the serious health sufferings for the coming 12 months. On this occasion, diseases of the reproductive system, those of sexual transmission and those derived from alcohol consumption stand out.

It also warns of impotence at an early age, as a result of prostate problems in men and the abuse of drugs and preparations to increase male virility and potency.

Among the prohibitions and taboos that govern the new year are “not eating Okra (okra) to avoid humiliation and disappointment,” and “not eating Akra (bean cake) to avoid bad luck.”

The Letter also warns to not lie, not steal or misappropriate something, and not deceive our spouse, to avoid bad luck, the wrath of the Orishas and shame, in that order.

Other recommendations are based on not repaying good with evil “to avoid the slow disaster that would plunge into our lives painfully.” It is also suggested not to wear red or anything that has a monkey of any kind painted or drawn on it.

Finally, there is talk of “human destruction by pork,” and hence the advice to reduce its intake. Likewise, it is suggested to bury the dead, because it is the “moment to establish new patterns, both of behavior and of action, it is the moment to banish from our lives everything that has expired.”

The Letter of the Year is one of the island’s most long-standing traditions. According to Sandra Abd’Allah-Alvarez, psychologist, journalist, activist and editor of the Negra cubana tenía que ser blog, its beginnings are located in the 19th century, and it works “as a kind of good behavior guide.”

The sayings, prayers and sacrifices corresponding to each Letter, as well as the Orishas that reign and the signs and rites associated with them are particularly important for devotees as well as other persons in general.

For years, discussions took place between believers following the coexistence of two parallel divinatory readings: one from the Cultural Association of Cuba and another from the Miguel Febles Padrón Commission, one of the most prestigious religious houses in the country.

Finally, in June 2015, it was agreed to merge the Letters and the unified Letter of the Year was launched for the first time in 2016, an arrangement that made it possible to eliminate confusion and conflicts.

Trade between Cuba and Russia grows in 2019