The Ministry of Public Health reported this Sunday two new cases of coronavirus, bringing the total number of infected to 2,332. Authorities confirmed 14 discharges and no deaths were reported. 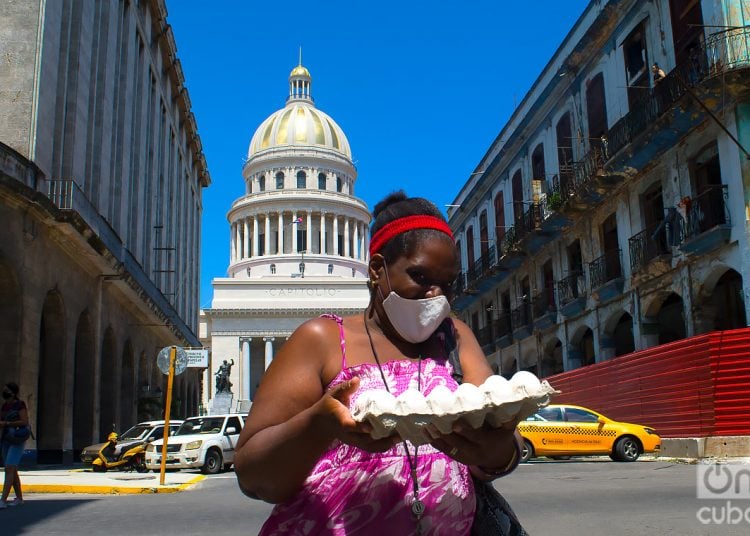 The Cuban Ministry of Public Health (MINSAP) reported this Sunday that the country is on the way to control COVID-19, a disease that has caused the death of 86 people on the island, although in the most recent report there were no deaths.

Dr. Francisco Durán, director of epidemiology of the MINSAP, specified that the nation shows a lethality of 3.69, one of the lowest in the entire American continent, as a result of the intense work of health personnel, who have already spent more than 100 days in the disease’s control.

In the usual daily press conference on the behavior of the coronavirus in Cuba, Dr. Durán reported two new infections, so the number of confirmed cases on the island amounted to 2,332, while the number of recovered patients rose to 2,201 after 14 people were discharged at the close of Saturday, June 27.

It was also reported that there are no people in serious or critical condition. The remaining 43 active cases show a stable clinical evolution. On the other hand, a total of 98 patients are hospitalized and there are 48 suspects, while another 84 citizens are under primary healthcare surveillance in their homes, the lowest figures since the pandemic began.

According to official sources, 166,335 diagnostic tests (PCR) have already been carried out on the island, 2,373 of them this Saturday.

Among the new cases, a four-year-old boy from Havana stands out. Now there are 253 pediatric patients confirmed with the disease, all with stable clinical evolution and 245 of them already recovered.

On the other hand, one of the cases on Saturday was asymptomatic. According to the daily reports of the MINSAP, 1,259 patients without symptoms have been identified as positive, which represents 54% of all those infected. Authorities started giving this information on April 9.

In this regard, Dr. Durán explained that in the last 15 days, 75.8% of those confirmed have been asymptomatic, and they are transmitters of the disease despite having no symptoms. These figures have recently been increasing, a detail that complicates the fight against the pandemic.

Divided by provinces, the two cases are from Havana, where 1,615 tests were carried out to detect the disease. The capital had not reported cases on the previous day.

Today, no new positive cases were diagnosed associated with El Roble People’s Council, in San José de las Lajas, where five cases were detected in the previous days. In that community, more than 500 tests have already been analyzed to “quickly detect possible asymptomatic symptoms and contain the spread of the disease,” said Mayabeque Governor Tamara Valido.

In the usual meeting of the government working group for the prevention and control of the new coronavirus, Valido explained that the Provincial Defense Council decided to restrict the movement of people in the town and intensify the active screening of the residents of El Roble and the surrounding communities.

For her part, Yanet Hernández, deputy governor of Havana, pointed out that the capital and Mayabeque are taking joint actions to implement strategies to prevent the proliferation of the disease as a result of the event in El Roble, a town that borders the capital’s municipality of Cotorro.