ravsberg
in Health in Cuba
0 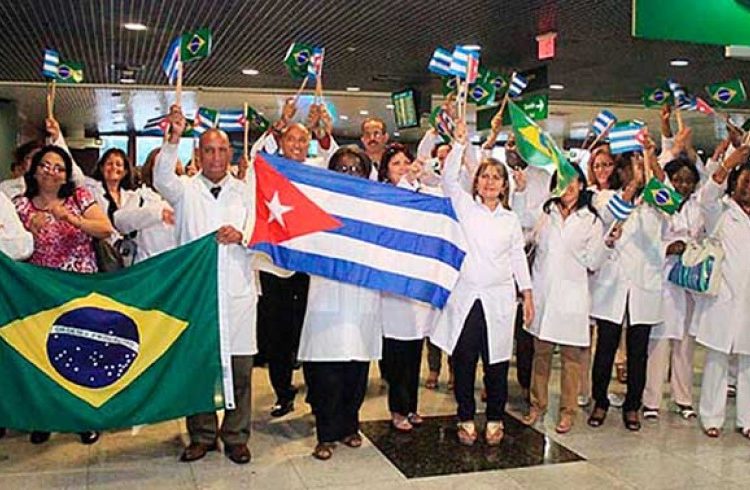 The order of the Ministry of Health for relatives back is given verbally without showing a written resolution.

For decades, differences in the standard of living of Cubans were determined, not by people’s incomes, but by the privileges enjoyed by certain sectors – owing to their involvement in the revolutionary struggle or the positions they held.

Under Cuba’s “meritocracy,” wage differences were minimal but privileged individuals had cars with gasoline quotas, a good apartment or house, access to recreational centers, authorization to travel abroad and permission to shop at the occasional, restricted-access store.

That policy, aimed at rewarding the sacrifice and contributions of certain citizens, gradually became distorted and these privileges began to be distributed among the leadership’s “spoiled children,” other members of their family and even lovers.

Today, President Raul Castro is replacing the formula of “merit equals privilege” with the socialist one “to everyone according to their work,” accepting greater wage differences and proposing a system where these determine people’s standard of living.

Like always, the theory is simpler than its practical application. Economists suggested raising wages only in those sectors that were increasing productivity in order to avoid inflation by distributing nonexistent wealth.

This way, wages in public health, the sector bringing in the most income, were raised. The wage increase was significant, but salaries started out so low that they still do not cover people’s basic needs, which some economists place at around US $100 a month.

The Ministry of Public Health requirement that relatives of doctors return after a one-month stay abroad is verbal – there is no written resolution stating this. Photo: Raquel Perez

The Ministry of Public Health requirement that relatives of doctors return after a one-month stay abroad is verbal – there is no written resolution stating this. Photo: Raquel Perez

Earning more money is one of the reasons medical doctors line up to apply to work abroad, but there are other, no less important motives, such as their desire to help those in need, get to know other countries and even experience heroic adventures.

According to the Ministry of Public Health (MINSAP), the number of medical doctors who decide to stay abroad is minimal. What’s curious is that, despite this, the ministry seems to fear that this number will go up if the relatives of these professionals are allowed to move in with them in Brazil. 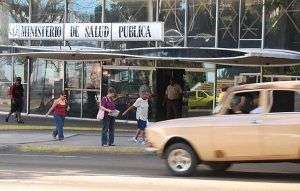 MINSAP decided to put restrictions on the migratory reforms the Cuban government approved for the entire country, which allow a Cuban citizen to remain abroad for a period of up to 2 years without losing their residency or any of their rights and properties in the country.

The health ministry seems to reserve the right to violate the civil rights of Cubans, allowing the relatives of medical doctors to spend only one month abroad. If they decide to stay more time, they threaten to expel the doctor from the mission.

In addition to being illegal and immoral, or precisely because of this, exposes Cuba’s medical brigades to ferocious criticisms from their enemies. These shady, absurd and insensitive measures are the ammunition they need.

Cuba’s new migratory policy allows citizens to remain abroad for 2 years, but MINSAP has reduced this to one month for the relatives of doctors working in Brazil. Photo: Raquel Perez

As the “privileges” of certain sectors still remain, those who contribute the most to the economy could well be granted some benefits, without spending one more dime from the budget and enjoying the approval of the greater part of society.

If the government were to intervene to force MINSAP to respect Cuba’s migratory laws and the civil rights of doctors, it would make very happy these professionals, who merely wish to spend their years abroad next to part of their families.

It would not cost the government any money to allow these doctors to bring back containers with things for their home duty-free. A construction company to build homes at cost price (which medical doctors who work abroad could pay for with their savings) could also be established.

Tourist resorts could offer special packages for these medical doctors and their families during the low seasons, when many hotels are nearly empty. Be it because of merit or productivity, no one deserves a good vacation more than health professionals.

After Cuba’s migratory reforms [in January 2013], any of those doctors could legally travel with their families anywhere. Instead, they accept working in the most inhospitable areas, places that local doctors don’t even visit on vacation.

The sale of services is Cuba’s main economic pillar today, but medical doctors are not merchandise for export. Failing to understand this could prompt a reaction contrary to what the government wants and lead to an increase in desertions by health professionals.