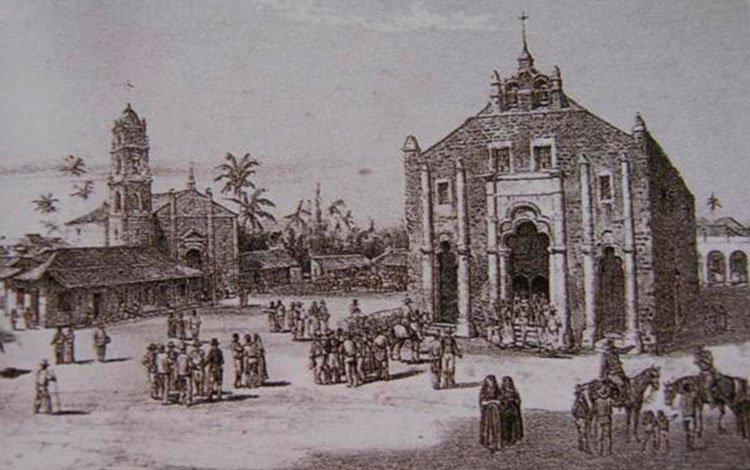 I don’t know if it was because we were sensitive or because many of us who read The Exorcist, by William Peter Blatty were sentimental, painfully tense. The same would be repeated with the homonymous film sequel, directed by William Friedkin.

Speaking for the sake of speaking, the plot revolves around Regan, a 12-year-old girl who falls into a state of demonic possession, with which two long-suffering exorcists deal with, until reaching an end that could hardly be described as happy.

Well, now: the exorcist priests Karras and Merrin must only face a unique diabolical presence. It is Pazuzu, the wind demon who has taken the little girl’s body as a lair.

And here comes the good stuff. It is well known that we Cubans don’t go around the bush with details, trifles or miseries, and we tend to exaggerate.

So here, during the colonial days, in San Juan de los Remedios del Cayo it was not necessary to fight against a lonely and unhappy demon, but against…800,000 members of Lucifer’s hosts! before whom the prayers of Anima Sola, Just Judge, San Ciprián, The Seven African Powers and La Santa Camisa were ineffective.

Let the most relevant among the protagonists of what happened give us his version.

Father José González de la Cruz, rector priest of the parish of Remedios—there in the middle of the island—, ecclesiastical vicar judge, commissioner of the Holy Office of the Inquisition and royal subdelegate of the Holy Crusade, declared in 1682:

“That it has been more than two years that I am understanding in exercising and launching spirits in the name of Our Lord in different possessed creatures, and that to this date they have been launched according to the account and good faith in the Almighty Lord 800 thousand,1 and in the course of all this time I have admonished my people as the Lord has given me to understand, and recognized a lot of timid spirit, before asking the Lord in his house they have rushed to the woods.

“To date, eight creatures are linked with exorcisms, and many others, which exceed twenty, according to my experience, are possessed.

“And a spirit has declared by spells that his name is Lucifer, Prince of Darkness.”

Look at the character that has come to the fore. Lucifer, “bearer of light,” the angel whose splendorous beauty led him to be identified with the morning star, the son of the dawn, the same one who—blinded by his narcissistic arrogance—ends up being expelled into outer darkness, where he will take the name of Satan. (Yes, that one, who appeared in Remedios with his pointed ears, his goat hooves, bat’s wings, arrowed tail, stink of sulfur and erect phallus).

Leafing through an old treatise on demonology, I learn that Lucifer-Satan himself, in the corporeal figure of a voluptuous black woman, appeared to the pious Saint Pachnius, to awaken his repressed carnal temptations.

The same thing happened to the good Father José, more than three centuries ago, in the very Cuban township of Remedios. Yes, because Lucifer, and 35 of his legions, had taken possession with a special predilection for the tempting and curvy physique of Leonarda, a black Cuban-born slave of the widow Pascuala Leal.

Ah, but now I will tell you what our usually original TV presenters always announce with the words “don’t miss this!”.

Father José, transformed into a 21st century journalist, rushed to interview the Prince of Darkness himself, who spoke through the mouth of the vivacious black woman.

Minutes of that interview were drawn up before the notary public Bartolomé del Castillo, in the parish church of Remedios, at nine in the morning on September 4, 1682.

And, believe it or not, before a notary, the High Demon, the Fallen Angel, declared:

“I, Lucifer, swear before the Almighty God, the Blessed Virgin Mary and all the saints in Heaven that the cause for which we have taken possession of these creatures is their sins and those of their parents.”

Just as you hear it. The only thing missing was for the Prince of Darkness to stamp the sulphurously stinking signature on the document.

Father José drew the conclusion that the town would collapse, as one of the mouths of Hell ended there.

In view of this, he proposed moving to the Hato del Copey. (When they were established there, of course, the price of the land would skyrocket. And, what a coincidence, the owner of that region was Father José himself.)

Many neighbors, who did not believe in Lucifer, Satan, demons or whatever, resisted the move, despite all the priest’s threats and fuss.

This is why, almost three centuries later, thanks to those disbelieving inhabitants, the friendly, welcoming and very Cuban Remedios continues to exist.2