After the analysis and foreseeable approval of the document, it should be subject to a referendum next February 24. 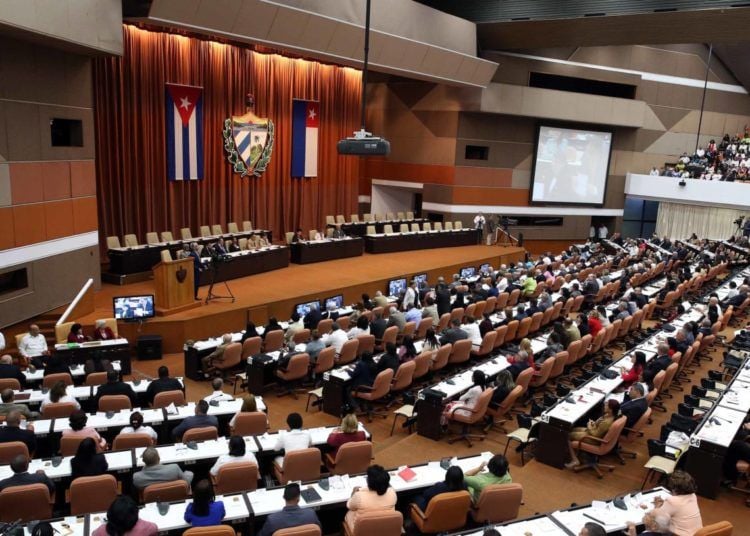 General view of the constitutive session of the 9th Legislature of the Cuban National Assembly of People’s Power. Photo: Alejandro Ernesto / EFE.

The Cuban National Assembly of People’s Power last Saturday summoned its second and last period of sessions of the year for December 16-21, when it will debate and foreseeably approve the final draft of the new Constitution, a step prior to the February referendum.

In the announcement published in the official media, the speaker of the Assembly, Esteban Lazo, indicated that the 10 Standing Parliament Committees will meet from Sunday 16 to Thursday 20 of this month to hold “regular work and study meetings on the Draft Constitution.”

On Friday December 21, the Cuban legislative body will hold its last plenary meeting of the year, out of the two traditionally summoned in July and December.

Last July the Assembly already approved a first draft of the new Constitution, which incorporates to the still in force 1976 Magna Carta 224 articles divided into 11 titles, 24 chapters and 16 sections.

The MPs will now analyze the modified text after three months of popular consultation, in which almost nine million resident and expatriated Cubans participated.

The most debated subjects were those related to the presidential term in office, the modification that will open the way to same-sex marriages on the island, the creation of the post of provincial Governor, the participation of expatriated Cubans in investments, wages and private work.

After the analysis and foreseeable approval of the final text, the document will be subject to voting in a referendum announced for next February 24.

This will be the second meeting of the 9th Legislature of the National Assembly, the first under the presidency of Miguel Díaz-Canel after he was elected in its constitutive session last April.

Together with the study of the draft of the new Magna Carta, it is expected that the deputies will be informed of the state of the economy during the second half of the year and the forecasts for 2019.

It is usual for the president to give the closing speech of the plenary meeting in which he will review what has occurred on the island during the year.

The Cuban National Assembly is made up by 605 members, it has an average age of 49 years and has a majority of women (53.22%), ratifying it has the second parliament in the world with the largest representation of women.

The process of constitutional reform in Cuba began last June 2 under the leadership of ex-President Raúl Castro.

Cuba: there are only "speculations" about damages to U.S. diplomats’ health