The commission responsible for writing the constitutional text made “a detailed analysis” of the opinions of the popular consultation and agreed “to propose to the National Assembly the modifications to be made.” 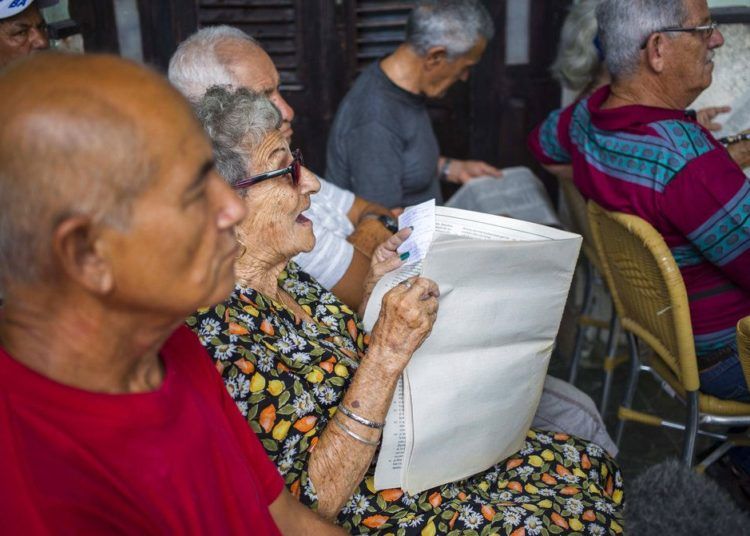 In this photo, taken on September 30, 2018, a woman presents her point of view about an issue during a public meeting in Havana about the constitutional reform. Photo: Desmond Boylan / AP.

Almost nine million Cubans participated in the popular consultation on the draft of the new Constitution, the island’s media reported after the results of this process were published.

The Commission that drew up the draft, led by ex-President and First Secretary of the Communist Party of Cuba (PCC) Raúl Castro and which is also made up by President Miguel Díaz-Canel, met for five days, during which the result of the consultation carried out between last August 13 and November 15 was announced.

A total of 133,681 meetings were held during the process of the debate of the draft that will replace the Magna Carta in force (1976) to analyze the constitutional draft in workplaces, educational centers and barrios, which were attended by 8,945,521 persons, specified the official report.

Cuba has some 11.2 million inhabitants and more than a million Cubans live abroad, who were given the possibility of participating.

The Commission was also informed about the 2,126 proposals made by Cubans residents outside the island.

The document proposed as the new Constitution of the Republic of Cuba, which incorporates 224 articles divided into 11 titles, 24 chapters and 16 sections to the text still in force, was first debated and approved by the National Assembly last July, before the popular consultation.

The most debated topics during the consultation process have been those related to the presidential term in office, the modification that will open the door to homosexual marriage on the island, the creation of the post of provincial Governor and economic matters like the participation of Cubans residing in other countries in investments, wages and private work.

Based on the assessments and suggestions received from the work groups in charge of processing and analyzing the results of the consultation, the Commission made “a detailed analysis” and agreed “to propose to the national Assembly the modifications to be made” to the draft of the Constitution of the Republic, according to Cuban News Agency.

The final text of the document should be approved by the Assembly before being submitted to a referendum on February 24, 2019.

Among its novelties, the draft of the new Constitution includes the right to private property, it eliminates the term “communism” and it recognizes the importance of foreign investment, in addition to introducing the figures of president of the Republic and prime minister and opening the door to same-sex marriages.

The text also maintains the PCC as the “higher leading force” and ratifies the socialist system on the island.