by Leyda Machado
in Cuban traditions
0 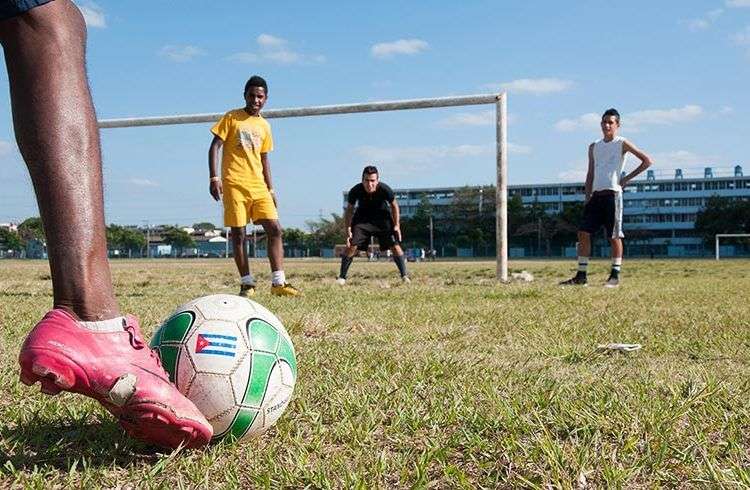 When on September 21 the Matanzas and Pinar del Rio teams meet in Capitan San Luis stadium to start the 54th National Baseball Series, in many parts of the capital, I would dare to say that the entire country will begin for many the chance to make calculations, predict outcomes and also jeopardize their pockets.

And the fact is that like so many other unlawful games seated in a society that comes to chance and luck to lighten its everyday needs, there is gambling in Cuba and it finds safe harbor in any sport game, either in the stadiums themselves, from the neighborhood or in the house of a member chosen as the venue to watch the game.

But beyond that street practice, with some occasional basis, the phenomenon of gambling in sport has taken an unexpected scope and popularity, settled in Havana and other parts of the country where an entire game system is very well organized by bankers and colletors.

Thus, once the National series starts, for each of the eight daily games a network of bettors who put their money into team that portend greater possibilities and a bank, responsible for receiving the total amount and set the bet of each game: “Every morning get the bet, which is to give advantage to the weaker teams, either a run and a half, two, two thirty … then need to win by more than that margin to collect the money. For example, if Industriales plays against the Isle of Youth they give it a run and a half, Industriales has to win by two or more runs, “Reynolds, a youngster from El Cerro, tells me.

In most places bets are from 100 pesos and up and you can also play the triplet, where three games are linked and if all three are victorious you earn 500: “I’ve seen members who have placed 500 pesos to the triplet to win 1500, says Reynold, but winning one is harder because you have to match three results in your favor and when one of them is altered you lose everything. ”

Of course no game is like another and in the more disproportionate the bank reserve funds and sets a limit on the bet. Then in the playoffs, when the competition is concentrated between the strongest 8 teams in the series, the stakes increase and the bets tend to pair. Also the bets are received until 11:30 or noon, to avoid that people know who the pitchers will be for each team and to play with a smaller margin of difference.

“During the World Cup here betted too,” Lachy, another gambler of Casino area that lost 70 CUC at the end of Argentina-Germany, tells me: “Since the World began the bank went under and people lost much money because you got multiple goal lead and the game ended much closed. Also, people opted for strong teams like Italy, England and Spain, who went out in the first round. ”

Many stories of how football was enjoyed last June on the island, how much money went from hand to hand of fans, and all that still generates within each province where numerous futsal or regular soccer championships take place. There, the bets are also organized in a similar way to the baseball, giving goal lead to weaker or betting less on these teams.

In the stadiums the situation is different. There is a whole culture of gambling, a number of aspects that are important to master: “First, most of those who play know each other, it is not a union but there is a kind of partnership where people look around and identify when someone wants to play. Then, many sit on the left side, maybe not all, but traditionally in the Latino behind the Armandito bleacher bettors concentrate, ” Ariel Ravelo, a Cerro neighbor, explains.

“There, bets are made primarily on individual plays: I bet is a single, I bet on an out, or a ball and a strike; the balling game, as it was called, because they bet on every pitch. In such cases less money moves, although in the playoffs things get heated after the match some have gained or lost 5000 pesos. What happens is that one almost never sees the money rolling because payment systems are not right there, “says Ariel.

On the issue of whether or not athletes enter betting much has been speculated, and although the matter could have a dose basis, is not a common phenomenon among Cuban players, “I would say to me that in some games they have wagered on game situations: man on first and second, the tie in the second, things like where it is likely to fail, that is, when including the player, the bet will never be the homer, it’s always to the failure because it is easier for him, “says the reporter Lazaro Fleitas.

“When so many people tells you, even people who are close to the team, it is because at some point it has happened, he adds. Also when the difference is very overwhelming sometimes players play with the bet and what they do is closer distances the opposite earn the minimum, but not to sell the game that no longer exists. ”

Outside of this world, or close to it, are the police, more concerned with avoiding disturbances in stadiums than chasing gamblers with whom often share the same section of the stands. Outside the sports facilities of the bets persecution is even lower, although few are hidden to make it: “In this neighborhood there is not much flow of police but just know that here at all, because the scoring bets walks with pointing to a notebook playing and collecting the money – concludes Reynold. It is something that is camouflaged by being illegal but running through a natural channel. ”