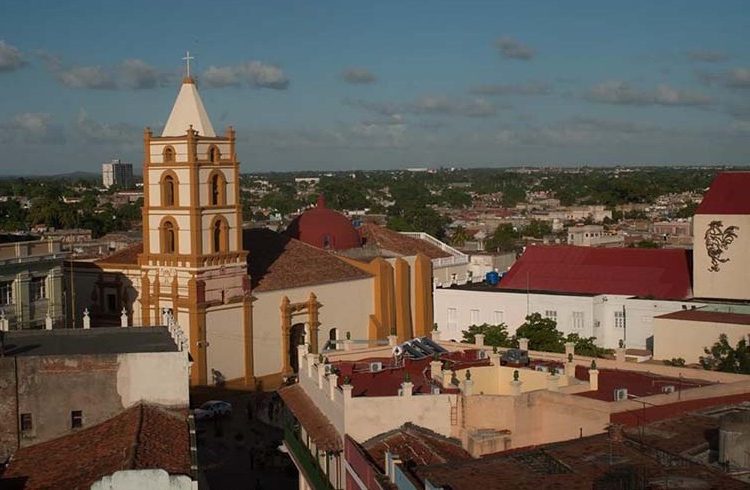 By 1668 Henry Morgan had already acquired some fame, and news of him reached the ears of the governor of Jamaica. It was not preposterous, therefore, the idea of entrusting the Welsh privateer to loot the Villa Santa Maria del Puerto del Principe. It was an almost frantic expedition that culminated with the payment by the residents of 500 cows and salt. Nothing impressive for the King of England, who must have laughed out loud on the size if the booty.

While gains were meager in his first major attack after the events of Puerto Principe the corsair became a legend and was even knighted by the British nobility. What still doesn’t have a clear explanation is his most psychiatric obsession with religious ornaments.

Vox populi through, until today has transcended the story of the theft -done by Morgan, of the first bell sent by the House of Trade in Seville to Spanish settlement in Punta del Guincho (current Nuevitas). Near the cross of wood, that was one of the few Christian garments that survived during the voyage of the Spaniards, when they migrated to the chieftainship of Caonao and subsequently to lands of cacique Camaguebax, following the massacre of Indians perpetrated by Panfilo de Narvaez.

Both pieces ended arranged in the first chapel of the village, a small shrine of palm leaves and wood, located near the current Agramonte Park. The bell overcame even the devastating fire of 1616 and embellished the new Parish Mayor, where it remained until the events of 1668, fortunately for the famous outlaw.

Since then, the shattering noise of the clapper on the sound ring pursues every moment of this land and the story of its people. Just as one cannot speak of Camagüey without mentioning the heritage value of its large earthenware jars, or the uniqueness of its arches inside homes, it cannot be done without noting its ecclesiastical architecture.

In a process of almost four centuries the chapels became temples, temples defined into these parishes and neighborhoods. The neighborhoods surrounded squares forging a local identity, drawn by subtle differences between the inhabitants of each.

Therefore, the granting of the title of Minor Basilica caused rejoicing among believers and locals in general this year. Just as Santa María del Puerto del Principe celebrates its half century of life, the Vatican dignifies the entire city. Now the old Cathedral becomes, next to the Church of Cobre, the Church of Charity in Havana and Our Lady of the Assumption of Baracoa, one of the four major Catholic buildings in Cuba.

Among bells: the story…

But the house now stands in the former Plaza de Armas also a symbol of power structures inherited from the Spaniards was for centuries a damned place, despite that they say that this is the Lord’s house.

Not only Morgan locked inside the settlers and tortured them to collect their cows. Just five years after a necessary reconstruction -due to the fire caused by the corsair-, a hurricane blew every last stalk, attached to the ceiling by the force of the black slaves and the overseer’s whip.

To make matters worse, on February 24, 1777 neighbors saw the tower erected a month earlier collapse, despite the eternal durability promised by the workers, who, incidentally, disappeared the day after the inauguration.

Rebuilt in 1864, the tower is the most original part of the building. While the curses seemed to disappear during the twentieth century, in 1983 the hall of worship was closed for 15 years for restoration, which, at the end of the day, were spoils of marble and precious stained glass for a group of fine Cuban barbarians genetically distant from King Charles II and all his Knights.

In 1998 the present Basilica -Cathedral since 1912, welcomed the largest Mass in its history, to announce the decision of John Paul II to give the city the rank of Archbishop. (Camagüey guides pastoral work from the parish of Elia in Las Tunas to the province of Santa Clara. The rest of the Catholic community of the island is divided between the archbishops of Havana and Santiago de Cuba).

Without further incident, the sanctuary stands with the image of a watching Jesus at the top. Since 1947 the statue marks the beginning of the only Cuban artery that runs from the gate of a temple and ends in another: the Santo Cristo del Buen Viaje, where the city cemetery is also located.

Fortunately for the people of Cuba Fear not return for Puerto Principe. That would have been the end of Corsair or the realization of their psychiatric dreams. In the colonial Camagüey chapels were arranged in concentric radio, which generated a single scheme in the country with medieval features, the development of fan-shaped or asterisk recalls the urban layout of Baroque character.

Fortunately for its inhabitants Morgan did not return to Puerto Principe. That would have been the end of the corsair or the realization of his psychiatric dreams. In the colonial Camagüey chapels were arranged in concentric radio, which generated a single scheme in the country with medieval features, the development of fan-shaped or asterisk recalls the urban layout of Baroque character.

Surely Morgan would have found here walls and narrow streets to hide. Not to mention the trophies themselves would have impacted the Royal British Crown and the rest of the crew: the relics treasured in burial crypts; the 200 year old ceilings of the Church of Solitude; one of two anthropomorphic representations of the Holy Trinity; and the image of the Holy Sepulcher, the largest silver work of goldsmiths in Cuba, to which a barbarian of these times has been encroaching few metal chips with everything and what they say is the church where the children of The Lord live.

Today those legends are mixed with the real life of Camaguey, and between buses and tight little food loving people live their city and defending a singular pride. Just wander the square when the sunset begins: there children shoot with invisible guns, and chase the peanut vendors; in the shadow of the statue a girl shudders with the sound of her violin; and two nuns open the doors of the Basilica for Mass will begin shortly and the Archbishop will speak on behalf of God and bless us.