This new sparkle contains a galloping irrationality, equal or deeper than what can be seen in certain evangelical churches and in some of historical Protestantism, such as the Methodist. 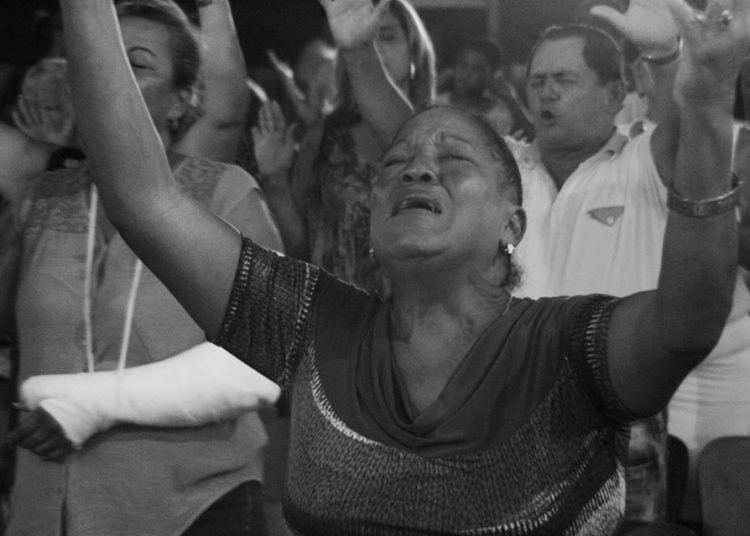 … because the wind, the graceful wind, extends like a cat to let itself be defined.

Marianao is not a suitable place to wear long sleeves, especially in the summer. According to the website Weather Spark, in Havana, to which it belongs, at this time of the year the average temperature is about 32 degrees Celsius. And it lacks that gentle breeze that comes from the sea, characteristic of other municipalities such as Playa, Plaza, Centro Habana or Old Havana.

Today in Cuba there are pastors of churches that dress with long sleeves and, sometimes, even with suspenders. One of them is new here: his name is Adrián Pose and he has practically just founded in Marianao a church ―Casa de Gloria―, which alludes to what comes after salvation and miracles. An interesting phenomenon within the national religious panorama, characterized by diversity and certain specificities.

Perhaps the main one is the expansion of charismatic and Pentecostal forms, which confirms that poverty has been extending like a cat throughout the social fabric, a fact that sociologists support through the Gini coefficient. And also that the insular condition is permeated by globalization and its correlates, once studied by Néstor García Canclini in a classic book. For many academics and pastors, including representatives of historical Protestantism, the problem does not consist, of course, in religiosity itself, but in the ultraconservative tail of this comet that covers all the domains of human activity.

But this new sparkle contains a galloping irrationality, equal or deeper than what can be seen in certain evangelical churches and in some of historical Protestantism ―for example, the Methodists, who since the 1990s have been joining this chorus under the direction of Bishop Ricardo Pereira.

And it must be understood as part of a process of the greatest importance: the struggle of senses taking place in Cuba today; a drive between historical narratives and the changes of reality, both plain and simple, which too often results in areas of silence on the public plane, with the exception of certain plots of national literature and art, equally important but insufficient to fill those gaps that, as is well known, are always covered by something or someone.

This is the context in which a 27-year-old individual suddenly emerges without prior theological-pastoral training, unless he graduated ―according to his Facebook page― from the University of Supernatural Ministry, an institution based in Miami managed by several experts in the so-called “Immersive Supernatural Experience,” that is, those who offer “a two-week training in which you will receive a new impartation of the Holy Spirit, and you will be trained and equipped to take your ministry to another level.” This, of course, after being touched by the Holy Spirit just three years ago, coming, as he declares, from an unidentified church in Bauta, 40 kilometers from the capital. 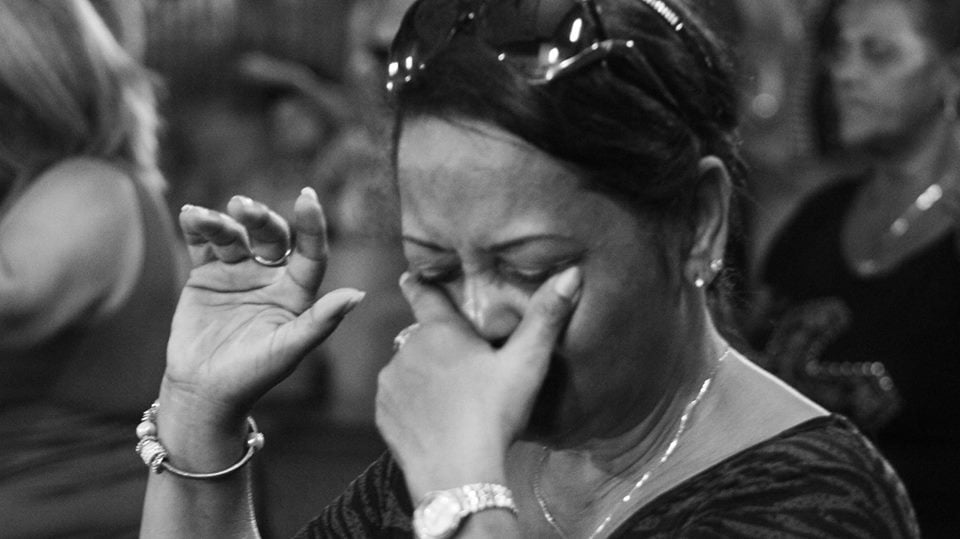 The phenomenon is characterized, in synthesis, by five fundamental components.

First, an omniscient pastor, and therefore the bearer of a single absolute truth. According to a Colombian researcher, in this type of church the subject, before going to it, is “a prisoner of disease, poverty and in general of the pleasures that the world offers. When he gets there he frees himself, and to be free, he has to live a ‘revival,’ which is only in that place: there is no other where people can experience it.” And the pastor or the pastors are his only guardians.

Second, an audience composed of parishioners who endorse the pastor’s work, usually after repentance and/or healing. Here one is in the presence of the same universal scheme, composed of healing the sick, blind people who start seeing, deaf who start hearing, etc., although with their corresponding Marianao variants. Two of the most conspicuous are the recharging of cell phones by the action of the Holy Spirit and the replacement of old amalgam fillings with gold ones.

Otherwise, business as usual. Faithful who jump up and down. With eyes tightly shut. Tears and hands heaved to heaven. Many cries.

The pastor says about hysteria: “In our cults people fall as if dead. They foam through the mouth, convulsing. It is because of the oppression and liberation of demons. There are many in this country.”

Third, a combination of biblical discourse (Sodom and Gomorrah) mixed with pure machismo. The pastor congratulates himself for having done, until now, “a couple of liberations on homosexuals,” individuals who according to the also classic scheme are not rejected in his temple but admitted under the condition of “introducing in them the fire of God and freeing them from their bonds.”

The formula is simple: exorcism: “come out of that body, fornicating demon!” And that’s it, although not without some space for bizarre testimonies. “I was a jinetero (a male prostitute)” ―one of the converts told journalist Claudia Padrón Cueto, from Tremenda Nota― “because I needed the money and because I liked to give pleasure to other men. The pastor saved me from all that perversion that was in me. I owe my change to him and that’s why I blindly follow him.”

From there it naturally rises to the second level: an aggressiveness that is as militant as emotional against egalitarian marriage and gender ideology, both recurring themes during the discussion process of the new Magna Carta. It is then time to get on the bandwagon with others: “My children can’t be taught in school the idiotology of degeneration. How will a male child be told that it’s okay to feel female? Filthy.” Everything within its corresponding prophetic wrapping anticipating the end of the world if that kind of marriage becomes legalized on the island, contrary to what has happened in the countries where it has been a reality for a long time, and in which life goes on.

The pastor from Marianao affirms, emphatically, that others are ignorant: “They don’t know all the consequences that will have.” 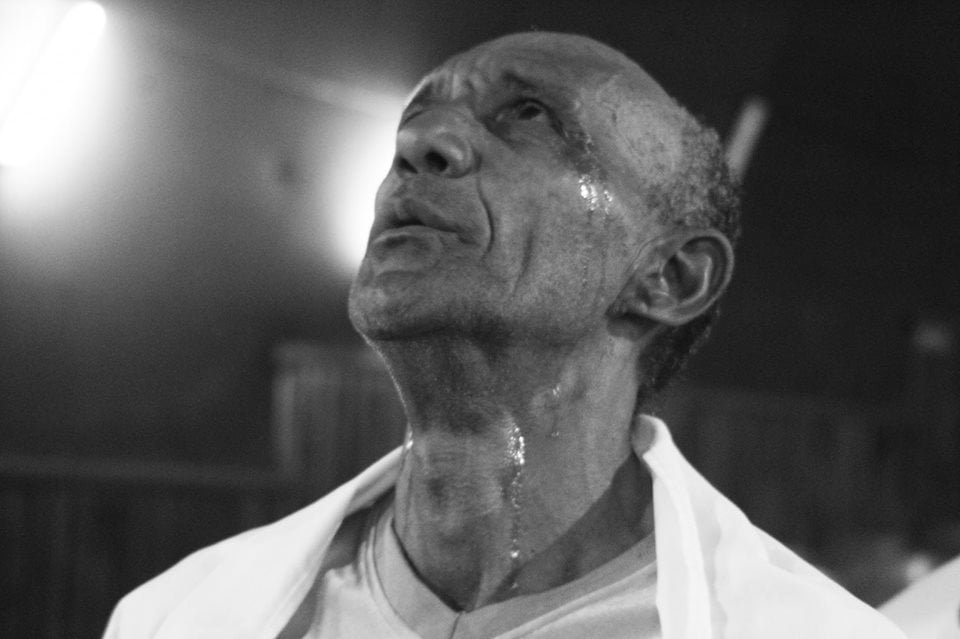 Fourth, unbridled racism, following the rhyme against the popular religions of African origin, typical of the guild, which suddenly is mixed with the denial of women’s right to have control over their bodies ―as is known, a stance characteristic of the conservative agenda in this world that is increasing less wide and alien. It is then discovered that the Cubans live in a sort of new Salem, slave Tituba included: “The island is possessed because of the abortions and the Afro-Cuban religions,” said the pastor. But only to conclude with a clamor: “We Christians have to fight to regulate abortion in Cuba.”

Fifth, Theology of Prosperity: economic success is the “result of an economic bond with God.” Nothing new under the sun. Getting rich or at least having a lot of money is the shock task. Jesus Christ, who evicted the merchants from the temple ―an inseparable action with his birth and the parable about the camel, the rich man and the Kingdom of Heaven― is conveniently confined in the dark hands of oblivion. And the pastor almost concludes with another mixture, this time with the flavor of millenarianism: “the idolaters, the policies that have displaced God, the homosexuals and the women who abort, are guilty of the tornado that crossed Havana on January 27, 2019, the recurrent coastal floods and the meteorite that fell in Viñales.”

Last but not least, a clear empathy with Donald J. Trump and Jair Mesías Bolsonaro, champions of the always enthusiastic evangelical hosts and one of the social bases that helped to install them in the executive of their respective countries. But even if at this point you believe you have seen everything, the pastor declares that Donald Trump is “a precursor of Christian values.” If the dictionary of the Royal Academy of the Spanish Language (RAE) defines this word saying that it is something “that precedes another person or thing, generally announcing it or making it possible,” what remains is to assume that the U.S. president practiced those values…before Jesus Christ himself.

Pose has traveled many avenues, and not precisely ecumenical. In one thing you can undoubtedly agree with him, although for different reasons: in Cuba, in fact, there are many demons….

The inexorable passage of time, the one that went by...