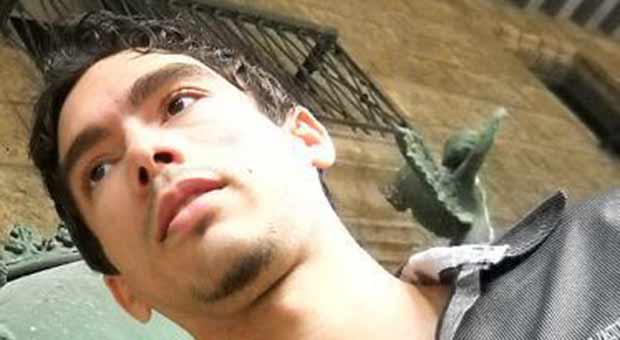 On the Cuban side, the National Center of Sexual Education (CENESEX by its acronym in Spanish) is incharge of the organization of the event, which will be attended by activists from community networks and other projects in addition to the said governmental institution.

Maykel Gonzalez Viverois a Cuban journalist and activist against homophobia and for the rights of LGTBI people in Cuba. His work is perceived in his blog El Nicatlope where he usually tackles these issues.

Gonzalez Vivero will be among the activists representing the Rainbow (Arcoiris in Spanish) anti-capitalist and independent project. In view of the above, the following interview was in order:

How do you assess the fact that Cuba had been chosen as host for ILGALAC’s regional conference despite Cuba’s o obvious backwardness in contrast with other nations of the region in terms of LGTBI’s right?

ILGALAC is enjoying the hospitality of a committed institution with LGTBI’s rights such as CENESEX. In recent statements it extolled Cuba’s advances and the opportunity to share them in the context of the conference. CENESEX has certainly fought with perseverance and relies on an updated list on LGTBI rights. Unfortunately, the notion of activism linked to institutional strategies has not favored LGTBI people in the country. Assuming that there is only one way to promote and demand the exercise of rights with political implications deteriorates the credibility of institutional activism. Leaving aside the subtleness of “respectful” proposals, Cuba has been left behind in contrast with Latin American nations with similar characteristics. In Argentina, Uruguay, etc., the difference was marked by a healthy and heterogeneous society, capable of establishing alliances with political progressive movements to become an entity that dialogues with authorities.

I thank ILGALAC for choosing my country, and I rely on the fact that Cuba, in addition to exhibiting its modest advances, will be willing to evaluatethe most seasoned strategies that will be presented at the conference. Cuba still has a lot to learn.

In this regard, how can Cuba benefit from this conference, especially in the issue of LGTBI’s rights?

Cuba will benefit from sound debates. Besides, new networks and courses for activism will be outlined. It will all depend on our capacity of transferring limitations in the tourist scenario and the victorious speech we champion in the program spread around these days.

In the website of CENESEX, there was a debate on one of your posts, where you questioned effective means for participating at the conference. As a result other issues were also tackled and a promoter from a community network of that institution when assessing the actions of activist that doesn’t belong to these networks wrote: “I take this opportunity to let you and the Rainbow Project know that these kinds of actions hinder the process of mentality change from society and from the raising of public awareness that have been developed for years”. My question is: what’s your opinion on this comment?

The use of the words “raising public awareness” in this case is unfortunate. Rights are claimed, as the Cuban tradition reveals. Martin Luther King, that sweet arsonist, used to say that “delayed rights are denied rights”. We make serious arguments from the certainty of being assisted by right or we simply surrender before those who deprive us from it. In order to establish a dialogue, it is necessary to impose publicly as entities. In activism there aren’t unnecessary groups, not even docility is enough as long as it is accompanied by energetic actions.Reserving your mode of action is also a right. In some other contexts I have stated that the struggle for LGTBI rights makes us fight for the unlimited exercise of political and civil rights. The claims by LGTBI citizens are always political; it is time to assume them in that light in Cuba as well.

What are your expectations on the Conference?

The conference has been announced with a touristic approach I disapprove. It will take place in Varadero, under coconut trees; access will be granted by packs sold by Havanatur; exactly as a postcard. Most Cuban LGBTI people are not even aware of the fact that ILGALAC will celebrate a conference in the island. However, showing up where we were not expected forces us to multiply the speech with the purpose of representing those of us that are still outside the regulating agenda of LGBTI activism in Cuba. I’m referring to lesbians demanding access to assisted reproduction, gay couples who don’t settle for the delayed civil union when we can long for egalitarian marriage, Trans people still subjected to the binary view of the world of institutions. We must show in the conference that we aren’t that docile and monolithic. There must be diverse and even opposing ways of activism.

Finally, I would like you to assume the following identities and tell me what your main request would be in such event if you were:

A Cuban lesbian from a small town:

Assisted reproduction, right to maternity, but more than that I would ask for a transversal strategy that favors visibility by institutions and the media. I have been told, for instance, that in a small town as Guaracabuya there are no lesbians.

Hormonal therapy if desired, in any hospital in the country, without pathologizing mediation. Not to travel to Havana and show a conventional construction of feminity/masculinity to have access to the treatment.

Mother of a lesbian adolescent:

A strategy by the Cuban Education Ministry against homophobic harassment in schools. There are lots of campaigns against bullying in many nations. Cuban education institutions avoid making reference to these events.

Son of a gay couple:

Legal existence: juridical recognition by the families of gayparents.