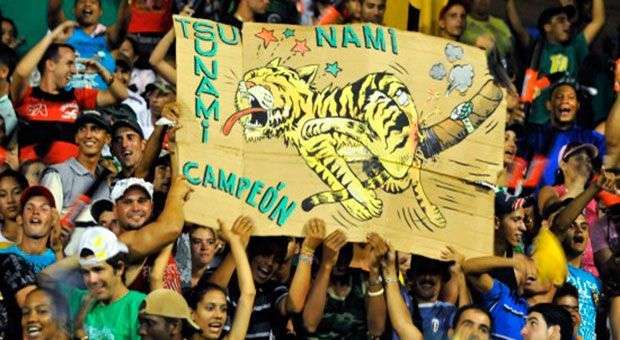 The baseball season is over and already you feel the silence; because baseball is the reason and the excuse of Cubans to make a fuss, throw a party in any corner, take a TV set to the middle of the street and discuss the good, bad or regular plays.

Nothing is more enjoyable in this archipelago than baseball, a colorful show that captures the attention of the fans good part of the year, despite the qualitative deficit of domestic competition, the growing exodus of players and the increasingly strong influence of the Major Leagues, where we are vastly represented.

All this I could find in my 22 day tour of Matanzas, Villa Clara, Pinar del Rio and the capital, on the trail of the Cuban postseason, in which Alfonso Urquiola and Pinar del Rio emerged unscathed, rightful champions for the tenth time in history.

Urquiola has always referred to the value of the public as a player, and the simple fact is that the interests of the territories involved in contention for the top prize supported endlessly in their respective scenarios, all with dissimilar mosaics in the stands and the surrounding area, where fans enjoyed a high quality show

If you ask me, the streets of Pinar del Rio and Matanzas grabbed the honors as the most popular ones, for inside and outside the baseball stadium the atmosphere was great. Giant screens at various points, and many offers and recreational activities after the games are some of the details that distinguish these locations.

Inside the stadium there is another mystic, regardless of dilapidated grounds, usually dried, claiming water as any desert landscape? For starters, we have the balls pickers, usually skinny men after thirty –who look like 50, who quietly run faster than the “Gordo ” Peraza from home to first….

In addition, either in the Capitan San Luis, the Victoria de Giron, the Sandino or Latino vendors selling everything converge with supremacy for popcorn, surely the most demanded product in the stands or preferential boxes behind home.

These self-employed or illegal traders – is indistinguishable – establish their particular competence while two teams fight in the diamond, but perhaps the most fierce battle in a stadium outside of sports issues , occur between congas of one or other team.

In my journey I could conclude that no sounds like Santiago , but in each space, the absence of a representative figure like Armandito “El tintorero ” , the ” musicians ” take the lead with its distinctive flavor, capable of lifting the stands and motivate teams , something I do not think the crushing sounds of horns and noisemakers, absolutely unbearable, achieved.

But the most fabulous part in this whole affair is that the vast majority of fans can communicate without using sign language as the players do in the field. In the stands, even with the most infernal noise, they are strung together to talk and discuss strategies and plays that occur in a game.

Sometimes, when games enter into a deadlock or are defined, they speak of other things, the money they lost yesterday or might win tomorrow. They speak of the majors, Tanaka, Pineda, Beltran, Pujols, Cabrera, Cubans, but all depends on where you are.

In Villa Clara, for example, they talk over Leonys Martin, his stolen bases with the Texas Rangers, and also wonder how they left José Fernández go, who became the sensation pitcher in the majors after supernatural performance with the Miami Marlins.

Further west, in the capital, people suffer from the unemployment of Kendrys Morales, while Pinar del Rio fans hang next to the dugout the number ten shirt of Alexei Ramirez in the Chicago White Sox, where there is the largest Cuban community in the MLB with the representation of Dayan Viciedo, Adrian Nieto and José Dariel Abreu.

Of this there is also talk in the stadiums, and you may find a fan dressed in green and yellow jersey of the Oakland Athletics with the number 52 and the name Céspedes over, and a deep red corresponding to supersonic Cincinnati’s Aroldis Chapman. Yes, it’s hard work to gather ten people with the coats of the provincial teams and the national team, a shame.

The distinctive touch in this landscape is by the players on the field, despite the low level, the errors, the limited repertoire of pitchers, the lack of control, poor effectiveness…

These limitations do not prevent players from exercising the leading role, also liked by managers, though they all don’t show it the same way. For example, there is no greater example of egocentrism that the static image of Lázaro Vargas in the blue cave, with some 16 cones with peanut around him in the fourth inning.

Also fascinating are the walks of Ramón Moré through the dugout, seemingly praying that some of his disciples decide to reclaim the position of director. Of course, this does not compete with Victor Mesa’s show, who hides (believe it or not) under his chair a notebook with all his faults, zealously protected by one of his most trusted giant bodyguards.

And finally, Urquiola appears with his great cigar, who does not allow his players go into the bench without a daredevil goes before to “clean” it. Then, with a stuffy nose from the stench come out the expendable ones and seconds later appear the regular players, evidence that superstitions are handled with great suspicion in these circumstances.

So, gradually, the baseball canvas is drawn in our stadiums, with touches here and there, but always blots remain, a particularity of a baseball that sometimes gives the impression of breathing by artificial means. Year after year these paintings hung on the wall, knowing that the next work can improve, but never get worse.

New space for jazz at the Sevilla Hotel