I don’t want to hear anything about Obama or Industriales 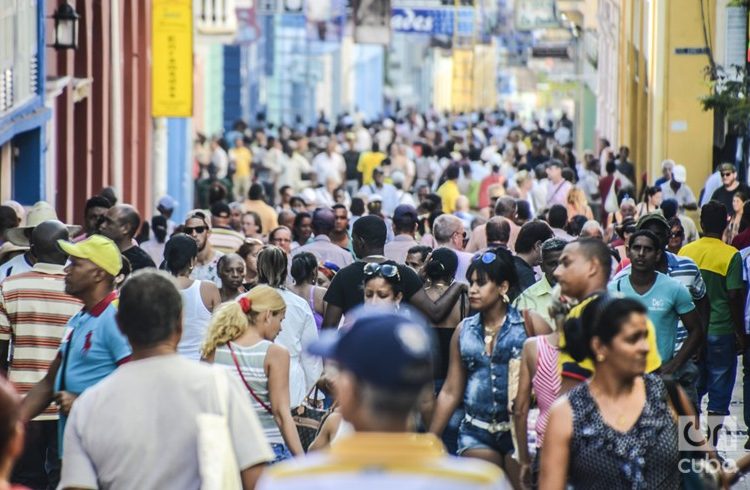 I don’t want to hear anything about Obama or Industriales

There are at least two ways to ensure a life full of suffering: support Industriales and aspire to democratic socialism.

For decades the myths and legends of Cuban sporting journalism have inculcated the people with “the truth” that the Industriales baseball team is full of intelligent players who really know how to play ball, and that the Latinoamericano Stadium is a pressure cooker where the manliness of any baseball player who aspires to succeed in this sport must be forged. However, reality tells us that the players of Industriales do not know how to hit balls, or run the bases, they can’t throw strikes and they have been incapable of beating the Ciego de Avila team for the last five years. Because of this I do not want to know anything about Industriales.

In less than a year Obama will not be the President of the United States of America either, and for that very reason he will no longer be the enemy of the people or the terror of the Middle East. The defenders of democracy, in recent times, thought that the enemy was Donald Trump, but it turns out its Obama. That’s what the Cuban press says, the press that should not be called official, because, as far as I know, there is no other press outlet that is recognised by the State. President Obama is here, there and everywhere. He’s even in our soup, that dish that in the culinary traditions that we inherited was a starter, which then became a main course in the 90s, disappeared in the 2000s, along with chicken heart and so many other regulars.

But this broth has not been cooked up in the people’s kitchen. The battle cries have warned us of Obama’s tricks, have warned us to open our eyes so that we are not so naïve in the face of the sirens’ of imperialism alluring songs. They offend me, who thinks like any dock labourer or any university professor, who are the same, or who should be the same in any true democracy. They offend me because we, the people, were not the ones who cosied up to the USA, nor were we the ones who as sovereigns talked in secret with their government for over a year, nor were we the ones who invited President Obama to Cuba, nor did we bring him to talk live on national TV. But yes, we should be naïve after swallowing what the elegant President said to us, who walks like a dandy and looks like he might break into dance at any moment.

But, we did not swallow anything. We were happy because we understood that history had changed, that something had happened in our lives that we did not think would happen: that a relationship based on hate could soften. Meanwhile, it might be feasible to demonstrate our valour ‘live’, so that they and we speak as well, so that they make a decision and we do too. The people are happy, we have rejoiced healthily, like when the days of the carnival arrive or a single flare lights up the sky to celebrate the day that the Revolution triumphed.

However, we could also run the risk of – in an editorial piece in the press or in a news reel – going from the most culturally educated and politically prepared people in the world immediately to innocents, prone to be tricked with well-read discourses and dangerous phrases. I believe that this treatment is what Cuban diplomacy calls “double standards”. In light of this we should ask ourselves: what do we, the common people, know? That Obama is not a Communist, that he has not suffered our penuries, that he does not know about the life of Antonio Maceo, that he has learned some of Martí’s sentences. That he is not part of our fears and joys, that he does not know where the P14 stops nor where to get the fixed-route taxi that will take you to Santa Ifigenia.

We also know that Obama is not a right-wing conservative, that he is cultured and well-studied, that he knows the Constitutional Rights and therefore politics, that his concept of democracy is as stunted like the rest of the world’s leaders, that he is of mixed heritage in the land that lynches black people, that he wants to reduce the sale of arms in his country, that he has told Congress that women earn less than men in their glorious democracy, that he has established ways to defend girls at risk, and that he is not a fascist or a colonialist. Who can argue with him?

The Press – journalists and otherwise – have argued that Obama should ask our people for forgiveness for the pain that has been inflicted upon Cuba by the USA for so long. It would have been beautiful to listen to Obama talking about these things. But I will only believe in our press when they demand the same of the European leaders who walk on our land and who are never called to apologise for the crimes of colonialism, slavery, xenophobia, the extermination of the indigenous peoples of America. I have never read that, in the light of an upcoming visit from the a president of the Spanish government to Cuba, the free press asks for an apology for the 8 medical students that Spain assassinated in 1987, who at least in the press, were innocent. I think that that is what Cuban diplomacy called ‘double standards’.

Talking about Obama so much means – and this is its main function – not talking about Cuba. I did not vote for Obama, nor do I want to. Our people wants to talk about and feel the emotions of socialist Cuban politics; which means democratically, intensely, with no holds barred and without any taboos – the only way to lay the first stone in the walkway to true popular sovereignty.

Obama’s visit has exposed the Cuban political culture, or better said it has flagged it up, and many have subsequently paid attention to it. Why were the people of Cuba grateful for the American President for talking like a geezer? Because that’s how we talk, even when we know who Walt Whitman or Edgar Alen Poe are. And above all because our politicians do not talk like the Cuban people but rather they talk like politicians. Why were the people so happy that protocol was broken and that the visiting President greeted the band’s conductor at the Palace of the Revolution? Because we are like that, because we liked Obama’s gait, that he travelled with his wife, daughters and mother-in-law, that he mentioned Michelle every other word, that he played dominos – or at least tried to – and that he said he’d eaten in ‘the paladar’, and that he wanted to be like the people from here, a mixed peoples in all its magnificence.

In the same way the Cuban people want to know what our politicians eat. If they ever go to a ‘paladar’, we want to know how many CUC they have and what tastes they have. We also want to know if they go and buy the reduced rugs at the end of the month, is they have mothers-in-law, if they travel with them or try not to, if they miss they miss their loved ones who have gone abroad because they could not be convinced, like us, of the greatness of socialism. That they also enjoy the socialism and parties in friends’ houses, that they’re human, that they laugh and cry are scared of dying and leaving work unfinished and children abandoned, like us.

In democracy, private life means escaping from popular control. However, this is nothing more than a crime, that the Athenians resolved through ostracism and that we, more tenderly, resolve with disdain. When the people vote they do not do it based solely on a biography, its already enough that we vote for the past. We also want to vote for the most cultured person, the best, the most intelligent, the best public speaker, the one who has educated their children to the highest standard, who has the most decent family members, and who knows how to talk like the Cubans – with a noble heart but a tongue that shoots venom.

Obama has not fooled anyone in Cuba. We know that the future will be hard, like it always it, and that we will have to fight against those who want to change Cuba into a capitalist paradise of big markets and poverty. Obama will not give us happiness, nor will those who want to divide the country up among big businesses, nor the bureaucracy which does not understand the people but understands them in private with people who we do not know.

Democracy is beautiful, as a destination and as a journey, and as a victory. Over two thousand years ago the enemies of the people conspired against the power of the free poor. That Cuba is of and for the people is essential in order to be independent and not tropical Yankees. For this reason we need all the power and not just some of it, all of the rights and not just some, all the legal instruments with which to defend ourselves and not just some, all the freedom to make a genuinely new constitution, that might allow the world to understand and respect us.

If it is necessary to suffer for democracy we will do so with dignity, because we can satisfy ourselves with a little bread but never with a little freedom. Thus, I want to hear about Cuba, about what we are going to do to save the nation, the decency, the independence, and the dream of living here. I do not want to hear about Obama, or about Industriales.