The Cuban Foreign Ministry blames the U.S. for preventing the legal flow of Cuban travelers to that country. 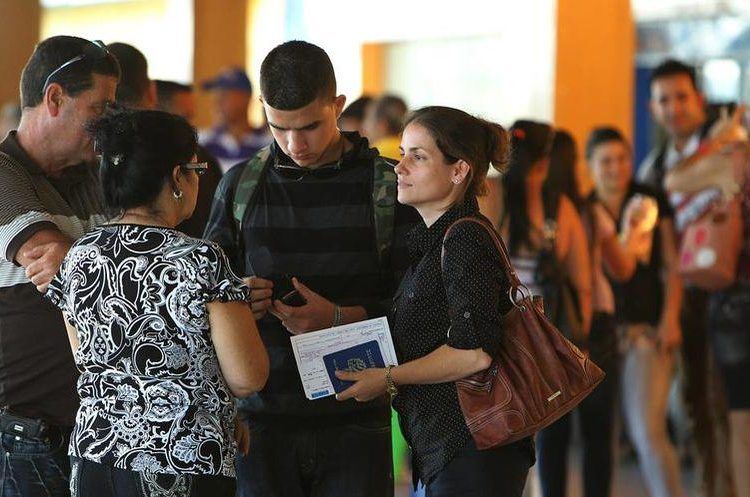 A total of 551,908 Cubans traveled abroad for personal reasons in 2018, which represents 20.13% more than the previous year, the island’s Ministry of Foreign Affairs reported this Monday.

Likewise, in the last five years, Cubans made more than 3.4 million trips to other countries, according to data presented by the director of Consular Affairs and Cuban Residents Abroad (DACCRE), Ernesto Soberón, at a meeting of the island’s Ministry of Foreign Affairs.

A migratory reform approved in 2013 during the presidential mandate of Raúl Castro (2008-2018) included the elimination of the exit permit for Cuban citizens and relaxed the conditions of emigrants’ return.

This regulation also extended the time that a Cuban can stay abroad without losing residence in the country, which went from 11 to 24 months, while the time allowed to visit the island by Cuban emigrants went from 60 to 90 days.

“The permanent and irreversible updating of the migration policy has promoted the trips of Cubans abroad,” Soberón wrote this Monday on his Twitter account, and he stressed that the U.S. government “continues taking measures to hinder this process.”

In this sense, he referred to Washington’s decision to reduce as of this Monday the validity of B2 nonimmigrant visas granted to Cubans from five years to three months, and allows a single entry to the U.S. during that period.

The new migration regulations were announced last Friday by the U.S. embassy in Havana through a statement in which it explains that its goal is to match the validity of visas granted by the Cuban government to U.S. citizens.

The director of DACCRE blamed the U.S. administration for preventing the legal flow of Cuban travelers to that country with that measure which, he says, “adds to others such as the closure of the services of the U.S. Consulate in Havana, which makes it difficult to grant visas to Cuban families.”

The island’s Foreign Ministry rejected the measure in a statement and considered it an “additional obstacle” to the right of Cubans to visit their relatives in the U.S., the main destination of Cuban migration, where more than a million people born in the Caribbean country, according to its statistics, reside.

The migration reform put into effect five years ago, one of the main measures ordered by Raúl Castro since his arrival to power, put an end to a decades-old restrictive policy that forced Cubans to request a special permit to travel abroad, involving complicated and expensive procedures.

However, restrictions remain in some specific cases, such as medical, scientific, educational, managerial and athletic personnel, who still require a permit to leave the country, something that Cuba justifies in order to avoid the “brain drain.”

Despite the restoration of diplomatic ties in 2015 after half a century of enmity, relations between the governments of Havana and Washington are going through new tensions since the arrival to the White House of Donald Trump, who is opposed to the rapprochement promoted by his predecessor, Barack Obama.

In the last year and a half Washington has applied new sanctions against Cuba, has again restricted trips by Americans to the island and has left its embassy in Havana with a minimum of personnel in response to some mysterious health incidents suffered by more than a 20 of its diplomats in the Caribbean country and whose cause has not yet been clarified although it has been investigated.