9,550 kilometers to vacation on the “island of freedom”

Russia is becoming a promising tourist market for Cuba. How do Russians see this destination so distant and close at the same time? 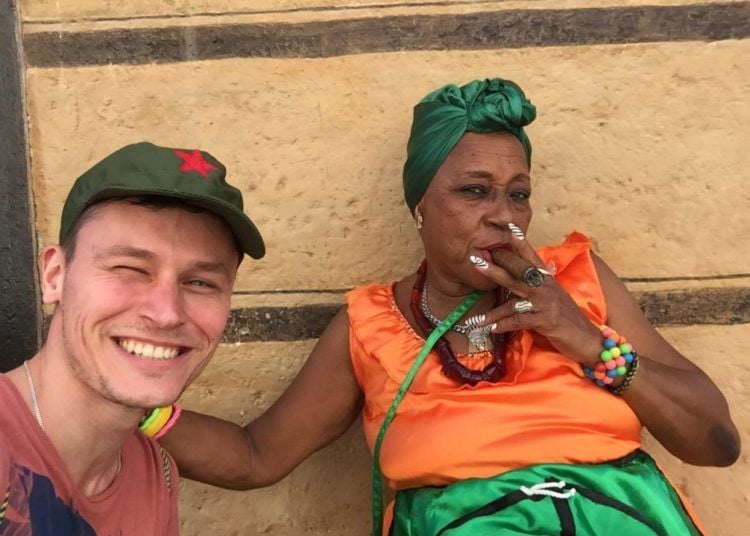 Timur Dementyev confesses that he traveled to Cuba to escape the severe Russian winter.

Since she began studying Spanish, as a child, the young Muscovite Maria (Masha) Karpova dreamed of getting to know Cuba. “I love its culture, history and nature. The only problem is that it is far from Russia, that’s why I was waiting for a special occasion to travel. ” That occasion arose with her wedding. “My husband and I decided to take advantage of our honeymoon to fulfill this dream. We decided to go to Varadero and Havana and we did not regret it. We had a great time,” says Masha, who is now Ivannikova, taking her husband’s surname.

She is one of the 137,500 Russians who visited the island in 2018, which represented a 30 percent growth, according to Cuban Minister of Tourism Manuel Marrero. So far this year, 36,500 Russians have gone to Cuba, which again means a substantial increase compared to the same period in 2018.

These numbers are growing despite the fact that, in general, Russians are traveling less abroad in recent times due to the devaluation of the ruble against the dollar and the rise in the cost of living in the country. Many of those who decide to travel the 9,550 kilometers and cross the Atlantic, prefer the most economical packages, looking for good value for money.

From the Cruise Travel agency, in Moscow, Yulia Alxnitis sells with certain frequency the Cuba destination, which she describes as “interesting for the Russians,” in particular for its unique culture and its beautiful beaches, of which they prefer Varadero, as well as other places like Cayo Coco and Holguin, which have charter flights. “This year, the flow of tourists was greater precisely because of the large number of flights to the resorts,” she says.

When arriving, the impressions vary, depending on each one’s expectations and experiences.

“We were a little worried because some people here say that Cuban hotels are not very good, but it is not true. Although the hotel in Varadero was not five but four stars, it was perfect: with a wonderful beach, turquoise sea, abundant and rich food, very green landscape, very friendly people, many activities, shows, and of course, the mythical Cuban rum,” says Masha. “To see the real Cuba, we went to Havana. The city is charming and even more so is its people, who welcomed us with a warm smile everywhere.”

Something different was the idea of Timur Dementyev, who confesses that he traveled to Cuba to escape the severe Russian winter, about some Cubans. “I was walking a lot through Havana, through Old Havana. The most unpleasant thing was the treatment of locals who were trying to deceive me, there were few people who spoke with me just to talk, only to sell me cigars, rum, their body, and so on. As I traveled alone, I spent a lot of time observing people, they seemed happier than us, despite everything,” he recalls.

The ugly side of Havana did not escape Masha’s eyes. “However, among the majestic buildings with a lot of history and a lot of colorful cars we also saw the poverty, the ruins and the piles of garbage that do not usually appear in the photos, but they are there. And the truth is that we felt very sorry about this,” she says.

From her office in Moscow, Yulia also receives diverse opinions. “There are tourists who do not travel for the first time and notice a certain decrease in service and the quality of the food, in addition to saying that Cubans have become less friendly and more mercantile,” she says.

The quality of products and services is often the weak point that many complain about. “The flow to Cuba is limited to a small number of good hotels with quality service, which is why VIP tourists prefer other destinations,” says the specialist.

According to Minister Marrero, to receive more Russians it is necessary to propose new strategies in terms of production and publicity.

“We have many Russians requesting three-star hotels, but we have to adapt these centers to meet their expectations and have more signs in Russian,” in addition to working on the introduction of dishes preferred by the Russians, explained the minister during the recent tourist fair MITT-2019, in Moscow.

The outlook for this year exceeds 140,000 vacationers, said the minister, and the medium-term goal would be about 200,000 Russians, which is not unreasonable if you also consider the historical ties and the congeniality that Cuba still arouses in a certain sector of the Russian population, anxious to know firsthand what has become of that “island of freedom,” as it was known during the Soviet era.

“Despite the differences, at times I felt like I was traveling in time,” says Nikita Godunov, 56. “Not only because of the many old Lada cars, which are barely seen in Moscow, but because of situations and attitudes that I stumbled upon, that reminded me of the Soviet era, both in the good and bad things.”

On the other hand, for the Cubans it is also a discovery and an enriching exchange to get to know through these Russians who arrive now something more about the future and the present of a nation that, after decades of common history, became the great unknown, and that has little to do at the moment with that image that we had of the “bolos,” as we Cubans called the Soviets.

“We returned tired from walking a lot, happy to have come close to the great history of the brave Cuban people and with great hope that the courage and effort will lead Cuba to prosperity and bonanza,” says Masha.

“I would undoubtedly return to Cuba with great enthusiasm. And I always recommend this destination to my friends and relatives. In fact, my husband and I remember that trip a lot and during the harsh winters in Moscow we often repeat: ‘I wish we were now on a Cuban beach!'”