These were the testimonies given to the Associated Press agency. 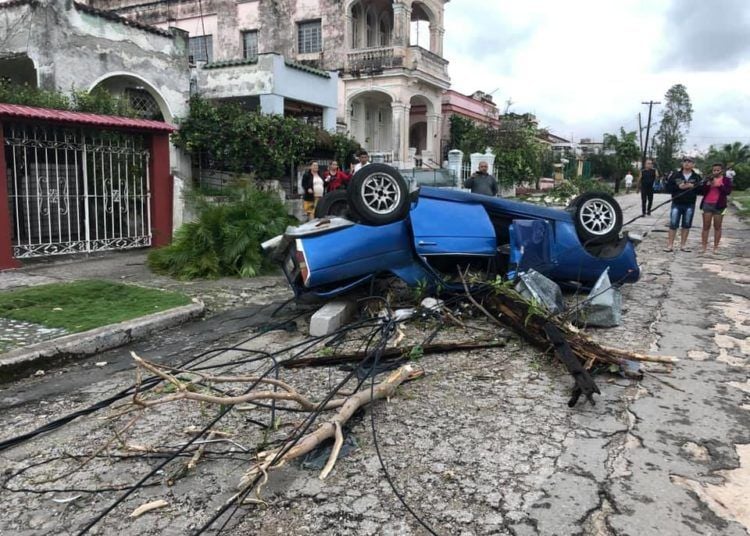 The tornado that hit Havana ripped off the concrete roof of an apartment building in the Regla district and sent it flying into an alley, leaving people trapped in their homes.

Marlene Marrero Garcia, 77, said she was in her apartment on the ground floor with her grandchildren and great-grandchildren on Sunday night when she heard the electric transformers begin exploding. Then the tornado passed.

“I saw like a flame, like a red thing, everything started falling,” Marrero said. She added that she and her family were trapped by the rubble for almost half an hour before the firefighters arrived.

Leanys Calvo was working Sunday night in a cafeteria in the 10 de Octubre neighborhood in Havana despite the heavy rain and wind when she heard “a terrible noise.”

“It was something that came down and went back up like a tower…. They were the most terrible seconds of my life,” said Calvo, 38.

The woman described it as “something that touched land and then took off again. It was like a tower” which she said was “red and green and that was here for 2-3 seconds, nothing more. They were the most terrifying seconds of my life.”

Julio Menéndez, who works at a restaurant in the 10 de Octubre neighborhood of Havana, said he was at home Sunday night when he heard something like a tornado.

“For a moment there was a noise like a plane falling. The only thing I did was hug the girls,” said Menéndez, who is 33 years old and has two daughters, aged 9 and 12.

The witness spoke on Monday near the Hijas de Galicia hospital, whose patients, all pregnant women or with newborns, were evacuated to another medical center. The glass windows of the seven-story medical center were sucked in by the wind, leaving the curtains fluttering in the breeze.

There were also downed light poles, a palm tree that fell on an old vehicle and sheets of metal used for roofs that flew 8 or 10 meters.