In a statement, Josefina Vidal, Cuban ambassador in that country, said that Cuba remains committed to maintaining the good state of relations. 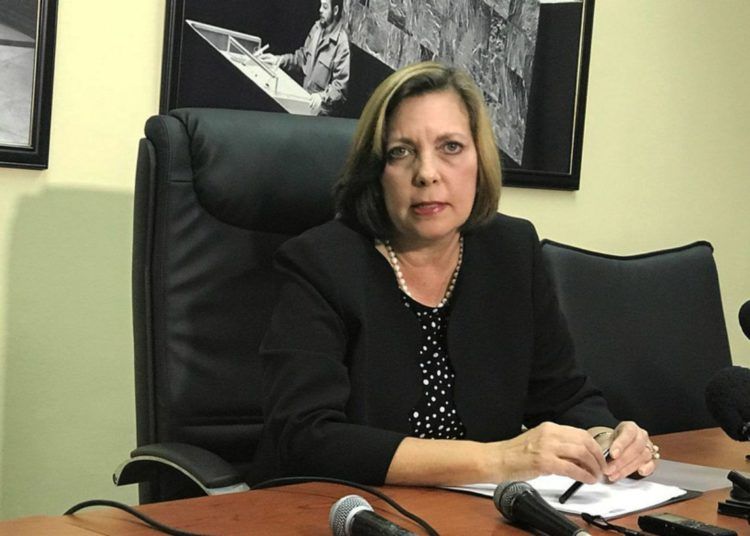 Cuban ambassador to Canada Josefina Vidal protested this Wednesday the decision of the Canadian government to reduce its diplomatic staff in Havana after the announcement that another Canadian is affected by some mysterious brain disorders.

In a statement, Vidal said that although Cuba understands Ottawa’s need to protect its diplomatic staff, “it considers that Canada’s decision, made public today, is incomprehensible.”

The Canadian authorities announced today that after the discovery of a new case of brain damages among its diplomatic staff in Havana, it will cut the number of employees from 16 to 8.

“This behavior favors those who in the United States use this matter to attack and degrade Cuba,” the Cuban diplomat added.

The Cuban ambassador also pointed out that Cuba is collaborating fully with the Canadian government and “has provided all the available evidence” while at the same time placing at its disposal the “best Cuban experts in the most diverse fields.”

Cuba adds 10 new cases of coronavirus, all from Havana

But Vidal also noted that “despite the decision of the Canadian government, Cuba remains committed to maintaining the good state of bilateral relations and strengthening ties with a country with which we maintain strong ties of friendship and cooperation.”

Today, the senior Canadian officials who reported the reduction of diplomatic personnel in Havana said that Ottawa is “very satisfied” with the level of cooperation of the Cuban authorities in the investigation of the disorders.

In response to questions from EFE, the Canadian officials indicated that “Cuban officials are as frustrated as we are about not being able to determine the cause” and that there had been absolute cooperation from Cuba.

Canada has indicated that a total of 14 Canadians, including diplomats and family members who were in Havana, suffer symptoms consistent with brain damages and whose origin is unknown.

Neither Canada nor Cuba nor the United States have been able to determine the cause of the damages so far.

Last year, the United States decided to reduce its diplomatic staff in Havana after detecting what it initially called an attack with sonic weapons, although investigations from the three countries have not explained the causes of the damages.