The Letter of the Year

Consultation with the Ifa Oracle augurs social and natural events, diseases and other events, and recommends measures to be followed by believers to mitigate them. 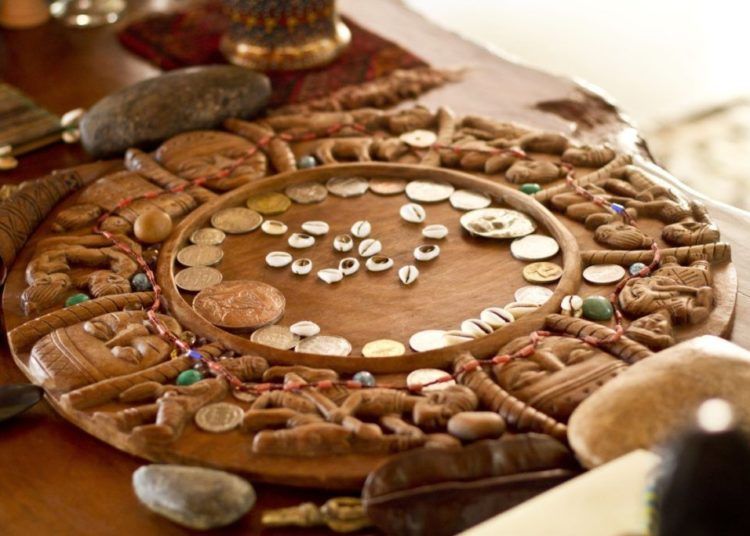 During the 1990s, two of the three popular religions of African origin in Cuba underwent institutionalization processes with the emergence of the Cuban Yoruba Cultural Association (ACYC) and the Abakuá Bureau, grouping, in the first case Santeria followers, and in the second, Ñáñigo practitioners, frequently associated to criminal activities and marginality and therefore stigmatized from the social point of view and marked by classist and racist damaging remarks strongly inherited from the colonial era.

These institutions constituted a break with the traditional forms of worship, which especially in the case of Santeros work at a horizontal level and without the need for structures for the practical-spiritual life of believers. It is not a matter of cathedrals or administrative structures of faith, such as those of the Catholic Church, but undoubtedly its very existence introduced a change, not only to deviate from custom, but also to consider itself an expression of the ruling government.

Both arose in the context of the 4th Congress of the Party (1991) and the reform of the Constitution (1992), which defined the Cuban State as secular, resuming an active tradition from the 19th century Cuban Constitutions, but in effect discontinued with the practice of the so-called scientific atheism, adopted during the period of institutionalization under Soviet cultural influence.

As it is known, on December 31 the ceremony for the Letter of the Year is held, in which the sign is determined that will govern through the consultation of the Ifa Oracle, a secret ritual in charge of a group of Babalawos or Ifa priests. The Letter augurs social, natural events, diseases and other events, and recommends the measures to be followed by believers to mitigate them.

As of the 1990s, there were two Letters in Cuba: that of the Yoruba Cultural Association and that of the 10 de Octubre municipality, which placed believers and observers in a kind of race to see which arrow hit the target most accurately. In a culture where polarization is usually the norm, there is not much room for no man’s land – and these believers were no exception. It is a phenomenon with impacts not only in countries like Mexico, Venezuela, Spain and the United States, but also in very different ones such as Finland or Russia, where the Regla de Ocha (Santeria) has gotten to through the Cuban emigration and other concurrences.

In the Yoruba culture it was a practice that was carried out in June, associated with the yam harvest, but when it passed to the island it underwent a process of transculturation and therefore it was made to coincide with the activities for the new year of the western culture. Eclecticism thrives in the Kingdom of this World, beginning with the fact that violins are played for the deities and Obatalá is offered cakes, non-African cultural artifacts that arrive via Spain and the United States, respectively.

The new context also made it necessary to make certain adjustments, such as replacing the cola nut with pieces of coconut. The transplanted branch of the original tree preserves things from the original – but it is different. This explains why Catholic elements appear in the process of preparing the Letter, such as attending a church to pay homage to deceased practitioners and Babalawos before the Itá ceremony, where the main Odu of the year will come from Ifá’s mat, escorted by two other secondary ones that complete its fundamental sense.

As of 2016, the leaders of the two main groups decided to join to issue a single Letter, a decision announced at a press conference. Both Lázaro Cuesta, founder of the Commission for the Letter of the Year, and José Manuel Pérez Andino, the new president of the Association, ratified the agreement. A move that, as they said, had the support of a large majority of Cuban religious houses. The objective was obvious: “that the new and unique Letter of the Year guarantee a greater confidence of the Ocha and Ifá practitioners in Cuba and avoid the already frequent confusions.”

Orula Onire: Adimu (A yam, a coconut split into 2 halves, everything is covered with corojo butter, its coconut and its candles).

Otan Onishe Ara: Sarayeye with a chicken and it is given to Oggun, with the other ingredients, and a bath is taken with Paraldo herbs.

Ebbo: 1 goat (for Elegba), 5 small gourds, to which indigo, honey, corojo butter, palo rompe hueso and goat blood is added and they are hung on the door, and the other ingredients (Afterwards a bath with everlasting ewe).

The knife itself is not the handle.

You are not given the arrow without first going to the battlefield.

What is left is not picked up again.

Diseases of the stomach and intestines.

Increase in the rate of sexually transmitted diseases.

Impotence at an early age, as a consequence of problems in men’s prostate.

Malignant conditions in colon, and rectum.

Problems will continue in the agricultural sector mainly in the production of food and vegetables as a result of the low fertilization of soils.

Penetrations of the sea that can produce floods and collapses.

The danger and threats of natural catastrophes of all kinds will continue.

Sign that warns about the danger that waste can generate.

It is recommended to avoid the misuse of chemical products in agricultural production.

Beware of epidemics and diseases.

It is recommended to maintain an adequate religious ethics.

We must seek concourse and help among all to achieve the outlined objectives.

Increase of venereal diseases as a result of sexual debauchery.

Make better use of agricultural resources.

A balance is recommended in all orders.

It is recommended to reinforce Oggun. (See the godparents for this.)

Be careful with parents’ excessive spoiling of their children.

Parents should pay careful attention to the care and education of their children.

Cuba repeats in 2018 lowest infant mortality rate in its history

Cuba repeats in 2018 lowest infant mortality rate in its history