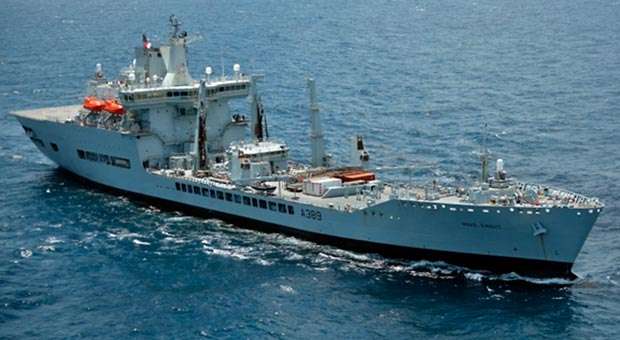 High-level officials from Cuba and other institutions involved in dissaster response will attend a series of meetings with the crew of the Wave Knight to exchange views and experience on rescue operations and the fight against drug trafficking.

The agenda of the British crew includes a visit to the Cuban Naval Academy and other activities, the announcement explains.

British ambassador to Cuba, Tim Cole, said that the visit by the Royal Fleet Auxilliary to Havana is an excellent opportunity for the United Kingdom to share its experiences and viewpoints with the Cuban government in the field of disaster response. These issues are crucial for both countries given the large number of British tourists visiting Cuba every year.

The Royal Fleet Auxiliary or RFA is a civilian-manned fleet, owned by the British Ministry of Defense, which supports Royal Navy ships around the world, supplying warships with fuel, ammunition and supplies. The RFA fleet is fully integrated into the Royal Navy’s command and control system and forms a vital part of maritime operations.

Chucho Valdés will not be in the Jazz Plaza Festival 2013