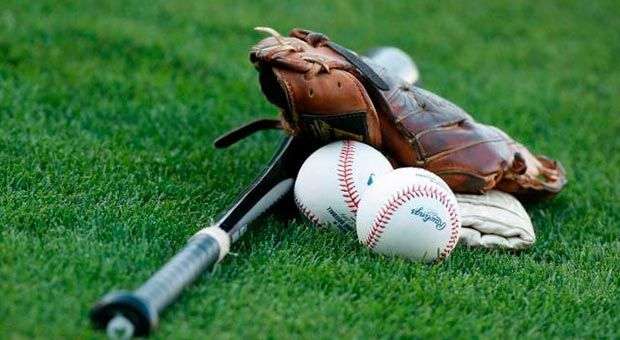 The first Latin origin player who performed on the United States professional baseball circuit was the Cuban Esteban Bellan. Between 1871 and 1873 he wore the jerseys of clubs Troy Haymakers and New York Mutuals of the National Association of Base Ball Players (NABBP), pioneer league of American professional baseball. In those three seasons he had was an offensive average of .251 with 69 hits, including 9 doubles and 3 triples, 43 RBIs and 52 runs, in addition he stole 5 bases.

His major virtues were in defense. He was a versatile player who most of the time played as third baseman, but also saw action as shortstop, second baseman and outfielder. He was nicknamed “The Cuban Sylph” direct allusion to the elegance and lightness with which he performed on the ground. In “The Sylphs” ballet when referring to the term sylph, this one is equated with “spirits of the air”. The analogy is obvious. A chronic contained in the Troy Daily Whig, in 1871, emphasized the courage of Bellán when stopping solid groundballs and lines, and the accuracy of his throws to the bases. [1]

Esteban Bellan was born in Havana on October 1st, 1849, son of a Cuban father and Irish mother. In 1863, at 14, he was sent to study in the United States, fairly widespread choice among the Cuban wealthy families at the time. He enrolled at St. John’s Jesuit College, located in Bronx, New York, and it was there where he had his first contact with base ball.

The passion that baseball aroused in the Big Apple, home of its origins, was indescribable. Years later, José Martí would refer to this baseball fever in various moments of his stay in New York: “Children … like more balls and guns than books …” (1884), “there are many horse racing … and ball games.”(1885),” Everything is action, motion and expense. There is a baseball game at each site… “(1886).

The popularity of baseball in New York was not oblivious to Bellán. In 1866 he joined St. John’s team, the Rose Hill Base Ball Club. In 1868, a box score reveals him as catcher and leadoff hitter in a match where they faced the New York City Actives, franchise that integrated the then amateur NABBP. That same year he joined the Morrisania Unions, NABBP Monarchs, where he remained until 1869 when the Lansingburgh Unions required his services from his highlights as infielder . In Morrisania he participated in twenty games as second baseman and outfielder and with Lansingburgh he was involved in forty games in 1870. [2]

The conversion of NABBP to professionalism had the Lansingburgh among the clubs that participated in its first league, albeit with a name change, it was renamed Troy Haymakers. Bellán appeared in its roster, thus sealing his condition as Latin American pioneer in American professional baseball in the distant 1871.

Esteban was also a direct participant of the accelerated development of baseball in Cuba, after its introduction in 1864 by brothers Ernesto and Nemesio Guillo, together with Enrique Porto. [3] Like Bellán, they had spent several years studying in the United States and it was, in his return to the island, when they brought the first bat and ball. The baseball fever quickly permeated Cuban youth, and in unison, became a means of expression par excellence of the key moment that was living the formation process of its nationality.

During the winter holidays of 1868, Bellán was part of the youth group who founded the first baseball society on the island: the Havana Base Ball Club. When they faced Matanzas, on December 27, 1874, in what is still being erroneously considered the first historical baseball game in Cuba, Bellán played as catcher and cleanup hitter, scoring 7 runs. It is known that the match took place at the legendary Palmar de Junco ballpark and concluded in favor of the red club, 51-9. [4]

The initial season of Cuba’s Base Ball General League occurred in 1878, just after the Ten Years War had ended. Bellán was champion with his club Havana, which ended the tournament undefeated with balance of four wins and a draw. The other franchises that participated were Almendares and Matanzas. The competition corresponding to 1882 ended up abruptly after four matches ​​between the two sole teams enrolled: Havana and Fe. Bellán was the batting leader with an average of. 444, 8 hits in 18 at-bats. His latest foray into Cuban professional baseball was in the season 1882-1883, where he also performed as umpire. There he averaged .286, 6 for 21, with a double and also won that championship.

After finishing his baseball career, Esteban Bellan´s trace is lost. It is only known that he died in Havana on August 8, 1932, at 82.

The path initiated by Bellán had as early followers to Rafael Almeida and Armando Marsans , who in 1911 played for the Cincinnati Reds. Since then, in every season of MLB, at least one Cuban player has been present. The period of greater participation was in the 1960s, 30 Cubans saw action in 1967, the highest figure of all time.

[1] “Steve has courage and activity, laces the hottest liners [and] grounders and [is] an accurate thrower to the bases.” Troy Daily Whig, 1871.

[2] Matanzas´ Rafael de la Rua coincided with Bellán in NABBP season of 1868. He played as pitcher for the Lansingburgh Unions, acting in twelve games. It appears that by 1871, when NABBP becomes the first professional circuit, Rafael de la Rua was not already affiliated with any club of the association.

[3] Upon introduction of baseball in Cuba other hypotheses coexist: it is said that it was the crew of an American ship anchored in Matanzas; young people from Remedios town, and youth from Sagua la Grande. All are located in a temporary space close enough to the one of Guilló brothers.