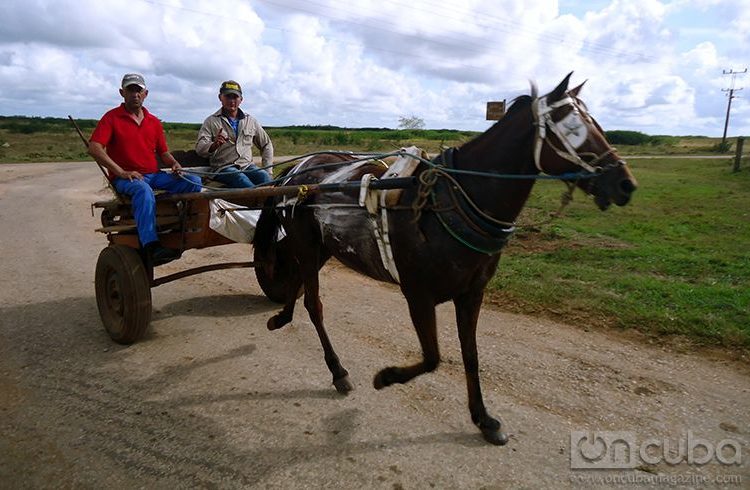 In Virginia, Ciego de Ávila, apples don’t grow like in Virginia, United States. Probably many of those living in the small Cuban community, that is not even in the maps, have never seen the biblical fruit rather than in the Cartoon Network which, by the way, are in the Multivision channel ─ sometimes─ because the reception there is very bad.

Virginia, in Ciego de Avila, is a mountainous area, nor the end of the world, as might suggest above. It is a countryside village, about 15 kilometers away from the main roads to the town Ciro Redondo, everyone stills call it Pina. If you’re wondering how to get there they will tell you something like, “get to the old airport road, turn left at the Crime Alley and when you see the tank, there’s Virginia”.

The airport part is obvious. The only such facility in the province was located in the area, before they moved it to the Keys. After that, Avilanians have to arrive or depart by plane from Camagüey. They say the old tarmac and facilities are in place and that some workers keep it in good condition, maybe if one day apples come from Virginia, United States, or guavas and mangoes leave from Ceballos or anything else that brings prosperity.

Crime Alley is called a country road, near a trail end, where a grisly murder took place. They say that a thief broke into the house, assuming that there would be money because the owner was a truck driver during the harvest. But in the home were just the wife and child, and the thief became murderer.

And the tank, well … it’s a rusty huge tank who rules the entrance to the village. More than a tank it looks like an alien spaceship that fell from the sky in the middle of the grassland. It should still work, because in Tilo´s house there is good water pressure in the hose in his patio.

Tilo?, Tilo is an aged peasant who lived further in, at a place called La Bija, of which only a few houses remain standing and a huge crane to lift the cane. A few years ago Estilo Doroteo Rodríguez, his full name, decided to leave behind the piece of land where he learned to walk, and “move forward” a few kilometers, because “that is destroyed brat, there’s nothin to do.”

It was that fertile land of sugarcane that feed the Ciro Redondo sugar mill. Then, with the reduction of sugar production and restructuring of the industry in the country, which ended the life of a few mills ─ and the spirit of many more workers ─, the marabou was occupying a land that as far as it goes of leafy and immune, will not return. There are always those who venture and challenge mosquitoes and thorns, while it clears weeds to make charcoal or sow beans. On the way to Virginia, sometimes, you feel the smell of charred wood; if you’re lucky, appear between nothing about black headlands, like giant anthills, exhaling smoke.

The community has a humble park, an office for the family physician, a small school, a grocery store … and that´s it. One day a week is a seller of breads and announces the soft bread or hard. The “Virginians” should pay more for agro products that they are not capable of producing, for street traders passing through the village charge them an extra tax on account of transportation. And to wash with detergent you should go to the nearest town to buy a store that sells in CUC.

“The town dies a little every day,” says Tilo, because the scarce job options. Of the villages in La Bija, Camp, Cangalito almost nothing is left. It only survives the occasional old house with thatched roof shingles or zinc. That seems the fate of the country towns. People leave and do not return.

Everything seems too quiet in Virginia. A calm that at this point could cause stress over a postmodern (whatever the meaning of the word postmodern). The low telephone coverage forced to walk with cell ─ pointing to the sky as if nothing would work─ believing to guess on the small screen at least one bar.

In Virginia, United States, there is little that resembles its Cuban namesake. Little, of course, is a euphemism, a trap of language to write nothing. Or maybe yes there is, and finds similarities to the point that one day in the future, if the hatred give way to the affections, we will read a headline in the press that says something like: Twinning Virginia, USA, and Virginia, Cuba.