Terror is not the exclusive domain of revolutions. The terror present in the Inquisition, in slavery or in fascism and the “national security dictatorships” is unquestionable, but they have not been dealt with as facets of the same concept of “Terror.” 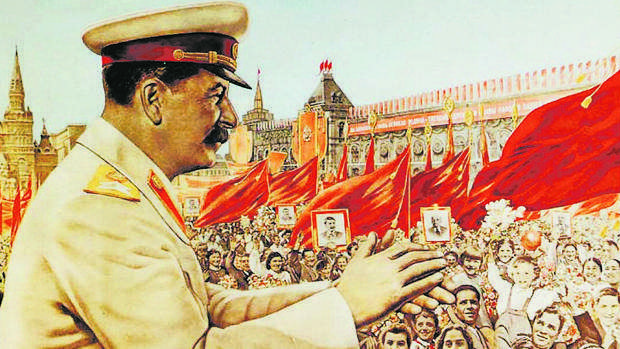 Montesquieu introduced the term “terror” into the political vocabulary and considered it “the defining characteristic of the guiding principle of despotism.” The concept would acquire its historical resonance up to the present in the wake of the French Revolution, and has many contradictory discussions about what to understand by it.

Terror, of course, is not the exclusive domain of revolutions. The terror present in the Inquisition, in slavery — the slave ship itself is a device of terror — or in fascism and the “national security dictatorships” is unquestionable, but they have not been dealt with as facets of the same concept of “Terror.”

Something similar happens with “terrorism,” definable as “deliberate attacks against non-combatant civilians in a conflict situation,” an issue that deserves its own and differentiated treatment.

I am going to deal specifically here with what has been called “Soviet terror.” Its presence in the Soviet process born of the October Revolution raises a fundamental question: how and by what means an event — in this case a great revolution, such as that of October 1917 — that promotes freedom, justice and modern notions of tolerance — is capable of harboring a spiral of blood and terror.

Historians generally agree that Terror, as a specific policy, began with the assassination of Sergei M. Kirov, head of the Leningrad party committee, in December 1934, and ended with the removal of Nikolai l. Ezhov, head of the NKVD, in November 1938.

In any case, the historical use of “Terror” in the post-revolutionary Soviet Union (USSR) refers to the period after the victory; its use was the means to secure that victory. In the process, a snake that bites its tail: the leaders seem to conceive that the Revolution cannot survive without “Terror,” while it destroys their chances of survival, be they those of the process or their own.

Causes, origins and explanations: Stalin, and beyond

The Stalinist “Terror” cannot be explained according to the “undemocratic” genealogy of revolutionary ideas. The very thinking of the leaders of the Soviet revolution is controversial, about whether there is a line of continuity between Lenin and Stalin, or even between the latter and socialism. The distinction has been made profusely, both within original Bolshevism and outside Marxism in general.

In the first side, Victor Serge affirmed the radical separation, in moral, philosophical and political terms, between Stalinism and “authentic” socialism. In the second, Hanna Arendt differentiated between Lenin’s “dictatorial” terror and Stalin’s “totalitarian” terror.

Soviet terror has its proper names that emphasize the role of a leader, as happens with the names of “Stalinist terror,” or that of “Yezhovshchina” — “the time of Yezhov.” Stalin’s hand appears in the planning and development of “Terror,” and Yezhov led the NKVD from November 1936 to November 1938 — the peak of the “Great Terror” or Great Purge — but its figures should not be considered sole causes of that process.

Nor can “Terror” be explained exclusively through the circumstances, although these have been decisive in shaping the scenario.

The enemies of Soviet power were not imaginary. The imminent reality of World War II gave the “massive operations” of repression of 1937 and 1938 their “particular cruelty.”1 The operations against ethnic minorities located in border areas sought to avoid the formation of “fifth columns” within the national territory that could ally with the aggressors.

Now then, contrary to the thesis of “needs imposed by circumstances,” it is known that after the victory in World War II “Terror” continued (after certain suspensions between 1942 and 1945) and the totalitarian structure of the Soviet state became steadfast. In addition to cultural reasons anchored in Russian history, other structural causes also contribute to partial explanations of the origin of terror: the upheavals of industrialization and collectivization caused social tensions that were critical for the spread of Terror.2

Mindset and “conspiracy culture” are also part of the explanation. Rituals of “unmasking” “untrustworthy” co-workers, internal reviews, accusations and denunciations led to a spiral of guilty pleas. Judging common crimes as political crimes multiplied the presence of “enemies of the people.”

Among the explanations of the conditions of possibility of the Soviet “Terror” are the harsh traits of that system: party dictatorship, state monopoly ownership, and bureaucratically run economy.3

Thanks to the first trait, organized political responses were hampered; for the second, any failure in production was considered “work of the enemy”; for the third, the bureaucracy became shielded as decision-making power.

The consequences of all this were devastating in all dimensions, not only for the field of ideas. When it comes to science, the Soviet system, at different times, did not “feel comfortable with post-Einsteinian physics,” nor did it “tune in to the biological sciences” while grappling with genetics.

For this reason, dire consequences were experienced in areas as “practical” as agricultural production.4

The level of education in the entire apparatus in charge of the repression did its part. Between 1929-1930, no more than a quarter of police chiefs had taken the two-month training course that all were required to complete.

For Robert Thurston, such characteristics “hardened the actions of the police and the judiciary, while their ignorance led them to accept what high-ranking officials told them.”5

This policy was accompanied by a repressive “linguistic machine,” which communicated in a “strange and mysterious language” the objectives of power. Exercising this policy from a “situation of authority” previously considered legitimate, facilitated the deployment of repression.

The opening of the Soviet archives made it possible to review figures and approaches. The estimated numbers of arrests and executions during the Great Terror, first handled by authors like Robert Conquest in the midst of the Cold War, were grossly overstated.

The new details did not relativize suffering, but placed the figures on realistic ground. If the estimate of people arrested earlier had been calculated between 7 and 20 million, the new figures showed some 2.5 million detainees for political and non-political crimes. Executions, previously estimated at about 7 million, were then estimated at 681,692, one-tenth of the previous figure. At the same time, the range of repressed groups turned out to be greater than imagined. Specifically, the so-called “massive operations” resulted in the arrest of 766,000 people, of which 385,000 were executed.6

The new history built on those archives confirmed Stalin’s personal role. Until 1937 Stalin appears “to have been neither a ‘bureaucratic moderator’ nor a ‘careful planner.’”7 Only after that year would he have decided on mass repression and massacre.

The hypothesis of “liberal” or “decent” Bolsheviks who tried unsuccessfully to stop Stalin’s terror plan became less tenable and the notion of total central power in the repressive deployment was questioned. The massive repression was more than a means to fight against the enemies of the state. Under Stalin, it became a constitutive part of Soviet state policy.

The memory of “Terror,” and its problems

The crucial role played by the Soviet people in the defeat of fascism has traditionally contributed to underlining the positive legacy of the USSR, and thus to the silencing of “Terror.” However, some recent processes have further complicated this story, when it is told uncritically.

In 2020, various actions by Russian President Vladimir Putin mobilized critical debates about Stalinist “Terror.” First, the president published a text that was “verbatim copy of the propaganda [about the USSR] dating back to the era of Stalin and Brezhnev.” It was not the first time he had done so, but the article was considered by the (Russian) Institute of National Memory as an explicit attempt to “revive the Stalinist view of modern history.”

Then, he inaugurated a monument in memory of the victims of the Stalinist purges, called “Wall of Pain,” which dissidents of the Soviet period considered an act of official cynicism, due to the sustained attack on civil liberties carried out under the current administration.

In the process, Putin has matched criticism of Stalin with attacks on Russia itself. In 2021, he just outlawed the Memorial NGO, which has documented repressions carried out by Soviet bodies — Putin himself was part of them in his day — as well as the contemporary persecution of the opposition in that country. According to the government, the objective of such acts is to protect the country from “foreign influence.”

That policy has specific interests in the Pan-Russian relocation in today’s world, but, beyond that, it has dire consequences for the new global left.  According to Enzo Traverso, “Stalin combined the cult of technical modernity with a radical and authoritarian form of Enlightenment: socialism was transformed into a ‘cold utopia.’ Without elaborating on this historical experience, the new world left will not be able to win.’”