Although far from the sea, this is perhaps the most Havanan of all the squares. Because of its atmosphere and its people, its history and its contemporaneity. 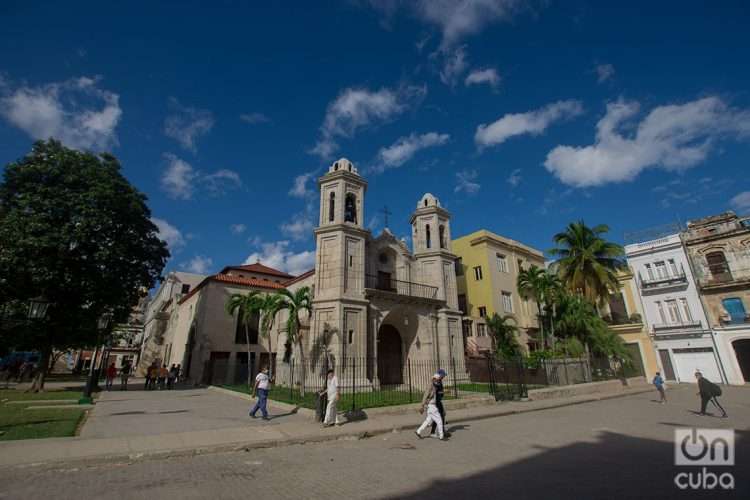 The Plaza del Cristo is not the most touristic in Havana. Nor is it the first that comes to mind when talking about the historic center of Havana, the old city with its intertwined cobbled streets, open spaces with fountains and pigeons, and monumental or demolished buildings, ready to be immortalized by a lens.

It is not a few meters from the sea, or it does have some famous statue or building that visitors mark as mandatory in their travel agendas. Nor is it located in the sweetest area of ​​​​Old Havana, the one repeated in magazines and colorful postcards, as if daily life did not throb on turning a corner.

And yet, Del Cristo’s is perhaps the most Havanan of all squares. Because of its atmosphere and its people. And because in it, as in few places in the Cuban capital, past and present, history and contemporaneity intersect naturally.

Its origins go back to the 17th century, in the middle of the colonial period, and its birth is closely linked to the then Santo Cristo del Buen Viaje Hermitage, antecedent of the church that is preserved today and that initially gave it a religious function, embodied in the staging of the Way of the Cross.

But the place, which would also be known at other times as Plaza Nueva — in contrast to Plaza Vieja — and Las Lavanderas — because of the number of women involved in the washing clothes trade who, it is said, gathered there —, would become, in addition, in an important meeting and recreation site for Havanans, and also a flowing commercial space, to the point of hosting the so-called “Mercado del Cristo” in the 19th century.

In its evolution, the square — located in the wide block between Teniente Rey, Villegas, Bernaza and Lamparilla streets — has changed its physiognomy more than once, has experienced periods of boom and neglect, and has hosted well-known buildings in its surroundings, such as the church itself, the Bishop’s House and the Conill House, as well as a monument to the notable Cuban poet Gabriel de la Concepción Valdés (Plácido).

Currently, after a restoration process carried out by the Office of the Havana Historian, the Plaza del Cristo partially exhibits a new face, although without healing all its wounds or losing its popular spirit. Commercial sites, such as bars, restaurants and the nearby headquarters of the Clandestina design startup, had already put it on the map of not a few tourists before the pandemic, but at the same time it continues to bring together neighbors and merchants, cyclists and lovers, young people and local strollers.

This is how this Havana square enters the third decade of the 21st century, with its trees and benches, its townspeople and multi-family buildings, far from the port and the boardwalk, but no less close to the true heart of Havana.