In addition, José Manuel Albares reiterated Spain’s request to the Cuban government to “respect and guarantee the right to peaceful demonstration of all citizens,” and reproached his country’s senators for trying to reduce any debate on Ibero-America to a discussion on Cuba, Venezuela and Nicaragua. 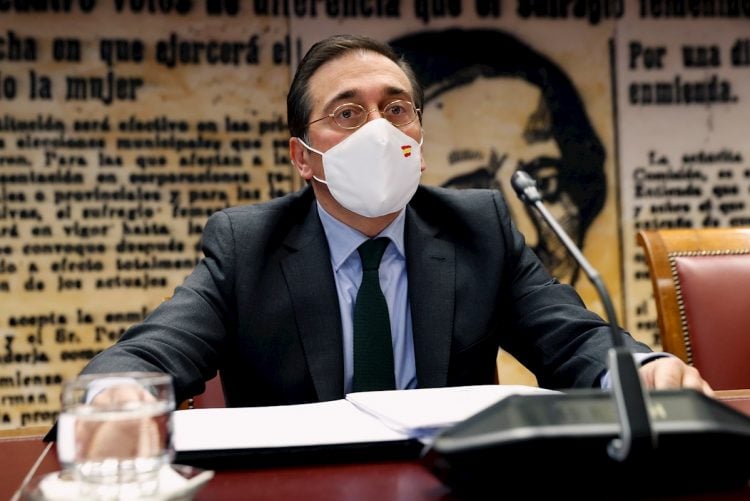 Spanish Foreign Minister José Manuel Albares was convinced this Monday that “everyone, including the Cuban authorities,” have an interest in the EFE agency being able to continue working in Cuba, which is why Spain continues to request that the accreditations withdrawn from its journalists in the middle of last November be restored.

“I think that all of us, including the Cuban authorities, have an interest in EFE being able to continue working from Cuba and not from other places,” Albares stressed in his speech at the Ibero-American Affairs Commission of his country’s Senate.

In response to Senator Carles Mulet, from the Compromis party (Valencian regionalist left), the Foreign Minister assured that “we are fighting for EFE to stay in Cuba, and for it to stay in Cuba they have to let it work just like it works in Spain.”

Thus, he explained that two of the withdrawn accreditations have already been restored and that “there are still three to be recovered” and that the Cuban authorities grant the work visa to the head of the delegation, who has been waiting since last July for permission to enter the country and assume the functions of his position.

“We keep asking for them,” said the Spanish foreign minister, who added that to achieve this, the Ministry is in constant contact with EFE and is dealing with it with the Cuban authorities.

Respect for the right to peaceful demonstration

Albares also assured that he sees “with concern” the events in Cuba as a result of the protests last July and the frustrated protest march in November.

“We asked then and I reiterate now that the right to peaceful demonstration of all citizens be respected and guaranteed,” he said in response to those who accuse the Spanish Executive of being condescending to the Cuban government and not caring about the situation of the detained opponents.

Albares rejected the accusations and recalled that Spain granted a visa to the leader of the protests, Yunior García, who arrived in Madrid last November, and that he has repeatedly requested the return of EFE credentials “at various levels, including myself to my Cuban counterpart.”

The minister reproached the senators who, for mere electoral interests, intend to reduce any debate on Ibero-America to a discussion on “three countries”: Cuba, Venezuela and Nicaragua.

Albares stressed that “Europe listens to Spain” and approves the positions defended by Madrid, considering that it is the one who best knows the situation in the region.