Border Patrol troops from the island captured a speedboat near the province of Artemisa manned by two Cubans residing in the United States. They also captured a group of people linked to this illegal exit attempt on the coast. 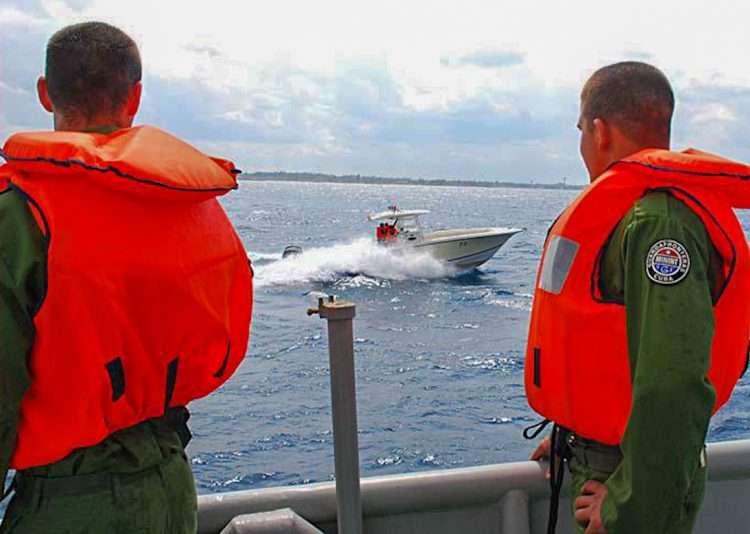 A speedboat that illegally entered Cuban jurisdictional waters with the purpose of carrying out an illegal exit was detained by Border Patrol troops from the Ministry of the Interior (MININT) on the night of Tuesday, January 25, according to information published this Monday by the official media on the island.

It was a vessel, manned by two Cubans residing in the United States, that was intercepted one mile from the Punta Gobernadora lighthouse, in the municipality of Bahía Honda in the western province of Artemisa, according to the report in the official newspaper Granma.

According to the media, in the area of ​​Playa el Pino, in the same municipality, eight citizens (six men and two women) linked to the operation were subsequently arrested. They were transferred to the National Revolutionary Police (PNR) station in that territory.

The detained crew members and the captured speedboat were transferred to the Port of Mariel captaincy, with a view to carrying out the corresponding expert and preliminary investigation actions, the same source said.

The official newspaper of the Communist Party (PCC) pointed out that with this attempt to illegally exit the country, the Cuban Border Patrol troops have registered since the beginning of last year the capture of 20 offending speedboats, linked to human trafficking.

According to the figures given by the source, 33 Cubans residing abroad, four Mexican citizens and one American have been detained in these frustrated operations. In addition, the source emphasizes that in just 25 days, three speedboats have been captured in Cuban waters and seven traffickers from abroad have been arrested.

According to the media, since mid-2021 there has been an increase in the number of human trafficking operations carried out by “unscrupulous elements linked to criminal organizations abroad” and pointed out that they are mostly organized from the United States and with destination to that territory.

The MININT pointed out in a note published on its website that this increase is due “to the objective limitations that Cuban citizens have to travel abroad by legal means,” due to the “reinforcement of the economic, commercial and financial blockade” against Cuba, and the non-compliance by the U.S. administrations with the current migration agreements, issues that it considers is “an incentive for irregular migration, which not only affects Cuba and the U.S., but also third countries.”

In the same article, and without providing figures in this regard, the MININT points out that the characteristic features of the illegal exits in 2021 have had a high lethality conditioned by repeated shipwrecks, with the eventual presence of minors, and psychological traumas with a lifetime of sequels.